The olive branch has long been associated with peace and reconciliation. In the Old Testament, when Noah sent a dove out to see if the flood waters had receded, the bird returned with an olive branch.

Christian art also frequently depicts a dove, which symbolized the Holy Spirit, with an olive branch in His beak.

We've long known that the fruit derived from olive trees is good for us. People around the world now consume olive oil at an unprecedented rate, as they try to follow the Mediterranean diet. This way of eating has been associated with a lower rate of many different conditions, including heart disease and cancer.

But the leaf itself is now receiving more attention. There's new evidence that olive leaves contain at least one powerful cancer-fighting substance.

It appears as if there is no end to discoveries that natural substances found all over the world may hold the key to curing or controlling cancer. This is yet another bit of good news, in the war on cancer that looks as if it's not going to be won with another pharmaceutical drug.

Olive Leaf - A Long History as a Natural Remedy

Olive leaf was used by a number of ancient cultures. Thousands of years ago, the Egyptians used these leaves in the mummification process. Scientists now know that olive leaf is one of the most potent natural antibacterial substances known to man.

Hippocrates, practicing around 2,500 B.C., was one of the first known physicians to have written about the health benefits of olive leaf for a number of conditions. He found it especially useful for muscle cramps and digestive problems.

Modern scientists have published numerous studies showing its potential benefits for a wide range of ailments, including cancer and heart disease.

Do You Eat a Lot of Olive Oil?

Numerous research papers clearly show that olive leaf compounds cause apoptosis, or death, of cancer cells. One study conducted in 2009 and published in Cytotechnology clearly demonstrated this with human breast cancer cells in a laboratory. The authors concluded that, while more studies are needed, people could probably benefit right now from adopting a traditional Mediterranean diet that is heavy on the olive oil as well as fresh produce. This would also include limited amounts of red meat.

The authors also noted that although olive oil contains anti-cancer compounds, they are much more concentrated in the leaf itself.

A separate group of researchers who published their findings in the Journal of Nutrition, in 2006, noted that human leukemia cells also began to die when exposed to an extract from virgin olive oil.

Many practitioners of alternative medicine have long recommended that patients with cancer and other serious illnesses take olive leaf extract as a dietary supplement. 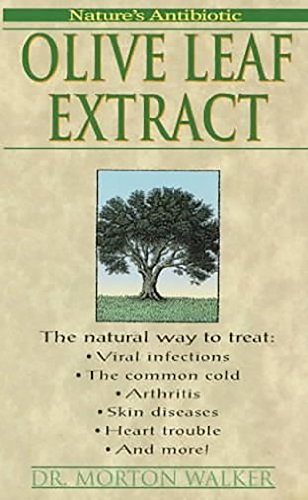 Dr. Morton Walker, DPM., is a podiatrist and author of Olive Leaf Extract, a book that explains the many ways this substance can help fight infectious disease. (A number of scientists, such as the late Royal Raymond Rife, believed cancer is the end result of an infectious process that overwhelms the immune system.)

In his book, Dr. Walker explains that olive leaf extract is one of the most powerful anti-microbial compound known to man. He has chapters on how this natural remedy can help fight the common cold and flu, as well as herpes, chronic fatigue syndrome and even HIV.

He gives a detailed rundown of how antibiotics are no longer effective in killing disease causing microbes. The pathogens, he explains, have simply outwitted these pharmaceutical agents. He recommends that everyone investigate the possibility of having other options, such as olive leaf extract, in the event that they, or a loved one, is diagnosed with a life-threatening bacterial-resistant infection.

The book underscored the dangers of these super pathogens that are highly resistant to the current standard of treatment. Infections picked up in the hospital now kill 22,000 people every year in the United States alone.

Dr. Morton described how quickly bacteria can multiply in the human body, doubling their population in just five minutes.

The Majority of Olives are Grown in the Mediterranean Region 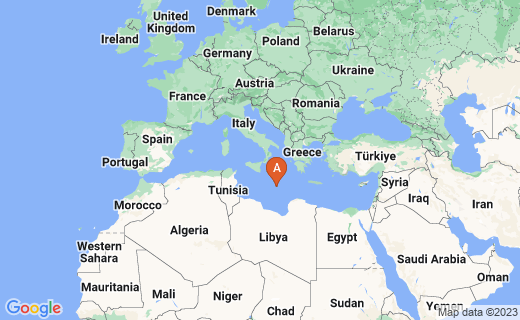 Dr. Richard Becker on the Medicinal Properties of Olive Leaf

Dr. Morton's book also includes an introduction by a medical doctor named Joseph Territo, MD., who has a practice in Elmwood Park, New Jersey. Dr. Territo notes that he became dismayed at the large number of pharmaceutical drugs he was prescribing. In a quest for something better, he became interested in recommending more natural substances.

"Soon my medical world opened up," he noted, adding that these plant-based remedies would help him fulfill his mission of healing, and helping to reduce physical suffering.

Dr. Territo described olive leaf extract as "one of the most important microbials ever discovered."

However, olive leaf extract may not mix with certain pharmaceuticals. If you are currently taking a prescription drug, your physician should be involved with your decision to take this supplement.

A Large Number of Cancer-Fighting Substances

It appears as if olive leaf is one of countless natural, plant-based remedies that could prove useful in the fight against cancer, which will kill more than 585,000 Americans this year. Although President Nixon declared a war on cancer in 1971, we're not even close to winning.

Currently, mainstream medicine employ the use of toxic and expensive pharmaceutical agents that do not offer any hope of cure for metastatic disease.

Cancer care is a hugely profitable industry. It's estimated that medical consumers in the United States now spend at least $125 billion on diagnosis and treatments. Much of this expense is for chemotherapy, which is first purchased by the oncologists and then typically sold at a large markup to patients.

So, even though an abundance of natural and non-toxic agents such as olive leaf extract exist, there is little incentive to use them.

Patients won't hear about these options when they visit their oncologist. Current laws prevent cancer specialists from promoting anything that isn't "proven" to fight cancer. Yet, it's unlikely anyone would conduct a large clinical trial on real patients because there's little money to be made from olive leaves.

This article is not intended as medical advice, and is presented only for discussion and for informational purposes. People with health concerns should discuss them with a licensed medical professional. The author assumes no responsibility for treatment decisions or outcomes. Women who are nursing or pregnant should not take herbal remedies unless directed to do so by a healthcare professional.