Can Psychotherapy Be Used to Treat Schizophrenia?

There are several different types of schizophrenia and it should be noted first and foremost that whatever the type, it's not an easy mental disorder to treat.

Schizophrenia evidences itself usually sometime between the ages of 18 and 35, though it can happen at other ages as well.

There are many theories as to the origins or causes of schizophrenia but to date, there are no real "cures."

Schizophrenia occurs more in males than in females and at the time of diagnosis, it can be devastating to the person experiencing it--and to the family or loved ones trying to understand the disease process.

Can psychotherapy be used to treat the different types of schizophrenia? The answer is yes but not alone.

The standard of treatment for schizophrenia is a medication regime to dilute the dangerous symptoms of the mind disorder and get the person suffering back to square one. However, psychotherapy is a positive (and often necessary and recommended) adjunct to medical treatment for the disorder.

It should be emphasized though that medication is the first line of treatment and the most immediately effective.

What is Schizophrenia and What are the Symptoms?

In all of its different forms, schizophrenia is a severely disabling brain disorder that is never cured. If patients remain faithful to their medication routine, they can and will usually live a fairly normal and well-ordered life. It is a chronic condition and as stated, there is no known cure.

However, usually relapses occur because patients with schizophrenia feel better or are doing well. They think that the disease has been cured and inevitably go off their medication--or cut back on it. Without chemical stabilization of their thought processes, most schizophrenics relapse fairly quickly and the relapses can have serious consequences.

This author has had experience with several schizophrenics. One was a friend of mine, a girl in her late teens who decided that God had healed her. She was so full of life and so excited to embrace her life without medication. She very quickly decompensated and had to be emergently hospitalized because she became suicidal right in front of me. It was like watching a horror movie play out to see her change so quickly.

Another friend of mine had a son who was diagnosed with schizophrenia in his late 20s. He decided to go off his medications one day unbeknowst to anyone and just "disappeared" rather than arriving home one night. He was in his early 30s by then. He boarded a train and traveled some 2000 miles before his family found him--on the street, living out of trashcans and high on drugs--whereas he had 2 weeks before been working at a prestigious law office in the Seattle area.

This illustrates how quickly a schizophrenic without medication can decompensate. 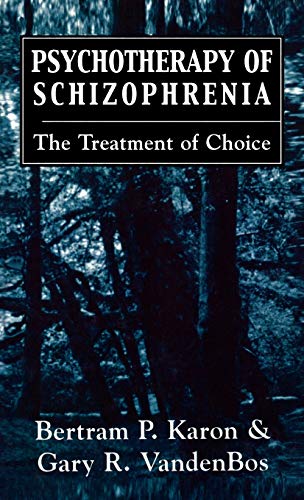 Psychotherapy of Schizophrenia: The Treatment of Choice
Buy Now

If anyone has seen the movie Beautiful Mind, this is a glimpse into the everyday life of the untreated schizophrenic. (Watch the trailer below) It's the true story of Nobel Laureate John Nash and his painful struggle with paranoid schizophrenia that nearly ruined his life.

As the film illustrated, reality becomes distorted in some victims of this disease to a severe degree and the only way to get them back is through treatment.

Unlike years ago when shock therapy and massive doses of sedating medications were given, today's medications are better at restoring normal brain function while not turning the person into a zombie. John Nash was lucky to have survived the horrific treatments of his time and still retain his brilliance in Economics.

This author lived with a schizophrenic grandmother who went untreated and who was never "right" until the day that she died. She was eventually committed to a home because she could not care for herself. She raised my sister and I because at that time, there were no medications available and she was in danger of being institutionalized. My mom wanted to give her a place to stay and take care of her. There were good days and there were very, very bad days as she regularly had hallucinations and saw people that weren't there. She reacted to some of them very violently. It was painful watching someone trapped inside their mind to put it mildly.

My aunt also suffered from the disease and was put through many rounds of shock treatment and heavy sedation for years while she was institutionalized. She was able to eventually get out and led a "semi-normal" life when she was released. She even married, but she developed agoraphobia and other mental disorders as a result of it later in life. For her, the medication side effects also proved to be severely incapacitating.

Today, with the help of medications that stabilize schizophrenics, the option of psychotherapy is more palpable and more probable to be of help.

It has to be said though--merely talking over their mental condition with schizophrenics won't "solve" the disorder nor are there "issues" that can be worked out per se.

In the simplest of terms, schizophrenia is a short circuit in the brain and it's helpful when trying to understand what happens to keep that in perspective. The effort is there but there is a cog missing in the wheel to make the gears go around.

How Does Counseling or Psychotherapy Help Mental Disorders?

Why Do Some People Get Schizophrenia?

There are many theories as to why some people get it and some don't...from what part of the continent you live on to what nationality a person is.

Some of the current thoughts on causes:

The most important fact about schizophrenia to remember is that it's a disease--like diabetes or like cancer. No one wants to get it and for those who do get it, it's horrible. They would no more like to be that way than someone would like to get cancer.

Today there are more treatments available than there were 50 years ago and they are much more effective. However, that isn't to say that the medications no matter what form don't have their own set of side effects.

The most important things about schizophrenia, like so many other things in life today, are no brainers but seem to escape some people---tolerance and understanding go a long way to helping people survive this devastating mental disorder.

Social programs that are cut directly impact schizophrenics who are trying to learn job skills or just get by in society.

There are no easy answers when it comes to schizophrenia. It's a hard disease to be exposed to especially if you don't understand it.

But for the victims, there is one phrase that always stands out in my mind--no play on words intended--and so very true in my case..."There but for the grace of God go I."

It truly can happen to anyone and the more we can do to promote adequate treatment for its victims, the better we are as a society.