In India, we call it as Lal Mirch and by that we mostly mean red chillies and to a much lesser extent green chillies which we refer to as Hari Mirch. The latter is always used fresh while the former is most of the time used as a powder.

What Is Cayenne Pepper?

Cayenne pepper is a hot and pungent red colored powder that is prepared from dry red chillies by first drying and then grinding of any cultivar or a mix of cultivars of Capsicum annum.

Cayenne pepper is also known by many names, among them being, red pepper, red chillies, paprika, chilli pepper, Guinea spice and bird pepper. It comes in a wide variety of shapes, sizes, and thickness. As a general rule, the smaller a cayenne pepper, the hotter and more pungent it is.

Cayenne pepper has been used as a food spice as well as a traditional medicine for about 9000 years.

Cayenne pepper, though, derives its name from "Cayenne", the capital city of French Guiana located on the North Altantic coast of South America.

In Asian cuisines, it is sometimes used fresh, when still soft and red.

Cayenne pepper belongs to the nightshade family (Solanaceae) to which among others, bell pepper, potatoes and egg plant also belong. It grows abundantly in India, Pakistan, China, Argentina and the USA.

On the Scotsville scale, a measure of the hotness of peppers, it measures from 30,000 to 50,000 Scotsville heat units (SHU).

Some other hot peppers are derived from Capsicum frutescens and Capsicum chinense. The Capsicum annum plant is native to Central America and is a small perennial shrub, about 2 to 3 feet high. It grows in soils that drain well and needs a warm climate to thrive. The pepper pods are initially green and on maturing turns to various shades of red.

The red pepper pods bear numerous tiny, flat, cream colored seeds. These pods are dried whole and then ground to produce cayenne pepper spice we get in the market.

The active ingredients in cayenne pepper, the compounds, Capsaicin, Capsanthin and Capsorubin, give these peppers their strong and spicy taste. 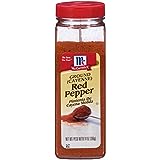 Though used in minute amounts, cayenne pepper provides a lot many health benefits as they have an exceptionally high levels of various nutrients,

The primary active component is the alkaloid, Capsaicin, which gives it the spiciness and pungency so associated with it. Cayenne pepper also contains flavonoids and carotenoids.

Cayenne may be red or green. Below are some nutrients and the levels they occur in 100 grams of Cayenne pepper. 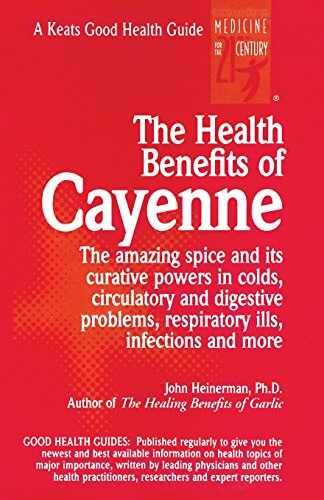 Some Health Benefits Of Cayenne Pepper

Some of these properties translate into the following health benefits.

Due to their high concentration of capsaicin they inhibit the substance P which causes inflammation and pain perception. Applied topically as a capsaicin cream it reduces pain of arthritis, neuropathy, psoriasis and shingles; also muscle pain.

By stimulating blood circulation and also increasing heart action it helps in lowering blood pressure. It also boosts body energy and thereby helps in reducing fatigue and increasing vigor. Cayenne pepper is a natural stimulant without any side effects.

The stimulating action on both the circulation and the organ secretions helps in transportation of vital nutrients to critical organs.

Oral cayenne extract or cayenne tincture has been reported to aid people recover from a heart attack fast. They were given a tsp of this every 15 minutes or so.

Research has found that consuming cayenne pepper in foods increases metabolism thus burning fat and calories in the process. It also reduces frequent craving for food.

Application of capsaicin cream topically relieves itching, redness and other symptoms of psoriasis.

By inhibiting the substance P it numbs the sensory nerves and also reduces inflammation and pain associated with this disease.

You can add a few drops tsp of olive oil to some cayenne pepper powder and apply on unbroken skin. However, be careful, and keep it away from the nose, eyes and mouth.

Capsaicin has a decongestant action and helps clear mucus from the airways, thus clearing a blocked nose to facilitate easier breathing.

The capsaicin in cayenne pepper helps reduce the levels of LDL, the bad cholesterol as well as triglycerides. It also cleans the arteries of fat (plaque) deposition and thereby increases their elasticity, thereby reducing blood pressure too.

By stimulating the digestive system cayenne pepper helps in better absorption of nutrients, faster movement of food and elimination of food and waste. It also heals stomach ulcers.

As it warms the body and also stimulates the blood circulation, it helps to keep the hands and feet warmer, and also expedites healing in frostbite. 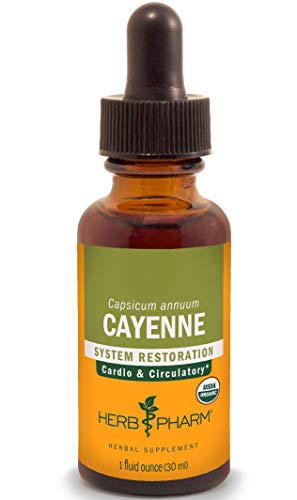 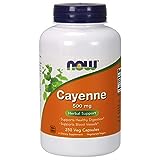 Cayenne pepper is available in the following forms:

Besides this, cayenne pepper is also available as :

Use it in any form according to your preference. But the fact remains, it is far easier to use it in foods and less chances of it disturbing your alimentary canal, if you cannot stand it orally alone. That said, consume it in any form, it will only benefit you.

Go slow if you intend drinking it mixed in water until your body adjust to the present dose and scale up slowly.

I hope this information has been useful to you.

The tea is just a mixture of cayenne pepper powder dissolved in some water and drunk. Great if you can take it this way. If not, take it fresh or in powder form added as a spice to foods. Capsules are another way to take it.

Watch the video below to see how to prepare cayenne tea.

Make Your Own Cayenne Pepper Tea

Some Other Articles By The Author

The information provided in this hub is not a substitute for professional medical advice. Please consult your physician, or health care provider before taking any home remedies or supplements.

The Amazing Effects of Cayenne Pepper -- My Personal Experience

How to Use Cayenne Pepper for Weight Loss