Kids love all different kinds of cereal. As Tony the Tiger says, "They're ……GR-R-E-A-T!!

When I was a child, my favorite cereal was Count Chocula. I used to love how my cereal was still so crunchy even though it was swimming in milk. Crunch, crunch, I loved the sound, texture and sweetness. I looked forward and anticipated the chocolatey sweet milk that awaited me once I was finished eating my crunchy goodness.

Most kids are, " coo-coo for cocoa puffs," and who doesn't love the snap, crackle, pop of Rice Krispies?

For many of us, memories of our childhood cereals we loved so much are still vivid in our minds.

But the innocence of youth is over and we need to face the truth.

Cereal, any cereal, whether it's high in sugar, low in sugar, natural or organic, all fall into the same category: toxic.

It may surprise you to know that the most toxic of cereals are the ones highest in protein, chock full of vitamins and iron fortified.

Any type of cereal made in a factory that is shaped into O's, flakes, puffs, shreds (like shredded wheat) and whatever shape those non-marshmallowy bits are in Lucky Charms all get that way by passing through a machine called an extruder.

First, the grains are blended into a slurry then put into the extruder and forced with great pressure and high heat through little tubes which give the cereal bits their shape. Once cut by a blade they are carried through a stream of hot air to remove excess moisture. After drying out, the cereal is sprayed with oil and sugar, which sweetens the cereal an gives it crunch, the kind of crunch that doesn't get soggy in milk.

The high heat and pressure from the extrusion process kills any nutrients the grain may have had. The high pressure actually bends the protein molecules out of their proper shapes.

Organelles which encase proteins called "zines" deteriorate from the volatile extrusion process. The proteins are then scattered and free to synthesize with other foreign substances. New toxic compounds are formed which renders the cereal toxic. This may cause damage to the nervous system, which may promote or contribute to Attention Deficit Syndrome.

If you are going to read any part of this post, please read this next part.

Paul Stitt a food scientist for Quaker company in 1972 states in his boo, Beating The Food Giants, how horrified he was when he came across unpublished rat studies.

The first group of rats was given whole wheat and a solution of water, synthetic vitamins and minerals.

The second group of rats was given puffed rice and the same nutritional soution of vitamins and minerals.

The third group of rats was given only water.

The fourth set of rates was given water and the same nutritional solution of water and minerals.

The results were: The rats who received the whole wheat diet lived for one year. The ones given only water and nutritional solution lived for two months. The rats that live on nothing but water lived one month. The rats that were given puffed rice lived only two weeks.

An autopsy later revealed that the rats didn't die of malnutrion but dysfunction of the pancreas, liver and kidneys, plus nerve damage of the spine.

The group of rats eating corn flakes were the first to die; the second to die were the cardboard eating rats; the rats eating rat chow remained healthy.

You can read all this and more in Stitt's book, Beating the Food Giants.

The Cold Reality of "The Breakfast of Champions"

Would you like a bowl of nails for breakfast, or perhaps a healthy sprinkling of metal shavings on your cereal?

When a breakfast cereal claims iron fortification, believe it, there really is iron in it.

Iron fortified cereals actually have iron shavings in them.

A safe way to get iron in our diets is by getting bioavailable iron from iron-rich vegetables like spinach.

If you need more than food will provide the safest supplemental form is feosol carbonyl iron.

Ferrous sulfate iron can be toxic and should be avoided.

As if extruding our cereal and coating them with sugar and dye and synthetic vitamins isn't bad enough, metal shavings has become part of the ingredient list.

What else can cereal producers do to make it worse?

Iron fortified cereals may not be good to eat, but they certainly can be a fun science experiment to do with the kids. See the video below and have fun.

The video below is a great science experiment and proof that there actually is iron shavings in some cereals.

You don't have to stop eating cereal. Below is a tasty and healthy cereal recipe made with spelt berries and clabbered milk (butter milk) It is one that my family loves.

Once cooled crumble the coffee cake into small pieces (I like to use my food processor for this) and dehydrate on cookie sheets. You can use a dehydrator for this, which I prefer, or the oven at a low temperature setting. 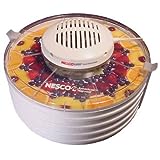 Dehydrator is great for crisping cereal.

Dehydrating is a great tool to have in the kitchen. Mine is used nearly every day. I love the way it crisps the home-made cereal (you now have the recipe to.)

Dehydrating preserves all the nourishment by air drying but leaves foods in their raw sate You can make cereal, crackers, fruit roll ups, breads, veggie burgers, crepes, jerky and much more.

Vitamix is great for milling flour. 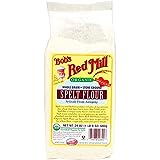 Wheat today is not what it used to be. It is a hybrid version of of the nutritious wheat of 40 years ago. I will have much more to say about wheat in future posts. For now, let me say that eating wheat is like eating sugar. Two slices of whole wheat escalates your blood sugar levels higher than some candy bars.

Spelt is a great alternative to wheat, dating back more that 9,000 years. Spelt has a delicious flavor similar to wheat but different in that all the nutrients remain and are readily abosbed into our body.

Americans consume about 10lbs or 160 bowls of cereal, per person, per year.

In 1993, move than 1.3 million advertisements for cereal aired on American television

What is Cap'n Crunch's real name?

What are the 5 General Mills cereals that feature monsters on their boxes?

What are the ten most frequently marketed cereals to children?

Who was the fourth member of the Snap, Crackle and Pop gang?

Who were the top contenders that Tony the Tiger beat for spokesperson of Kellogg's Corn Flakes?

Did the Trix Rabbit ever get the cereal?

If you know any of the answers to the above trivia questions or have additional cereal trivia or facts to share, please let us know in the comment section below.