Trained in dentistry, Sree is currently studying lab sciences. She enjoys researching various health topics and writing about her findings.

Apart from the texture of the cervix, a way to determine if a woman is actually pregnant or merely ovulating is by identifying the cervical position in early pregnancy. The cervix is a cylindrical shaped tissue connecting the female organ and the uterus. It is involved in the process of conception and lots of women rely on the position of the cervix to know if they are pregnant. The cervix also produces cervical mucus which also helps to confirm if a woman is in the early phase of pregnancy by inspecting its consistency.

To do this involves placing a finger, particularly the longest one which is the middle finger through the vagina. When doing this, it is necessary to make sure that the hands have been washed. It may be more convenient to do this after taking a bath in order to lessen the possibility of developing an infection. If you have a yeast infection or other types of vaginal infection, you should not inspect the cervix until the infection has been completely treated.

To differentiate, while the vagina has a spongy texture that readily gives way when pressure is applied. On the other hand, the cervix is similar to a hard and circular dimple. Others say it feels like an unripe fruit when not fertile or not ovulating. When fertile, the cervix feels like the firmness of the lips.

If you are from your ovulation period, it is easy to locate the cervix. When fertile, the cervix is a little more difficult to reach since it is located higher in the vagina. It becomes softer or less firm when touched and opening more. When just starting to learn how to inspect your cervical position, you can perform this every few days including the days when ovulating. It is easier to find when not ovulating and you will have a more concrete understanding of how the body responds to changes and what you are actually feeling.

Does Pregnancy really cause Lower Back Pain? 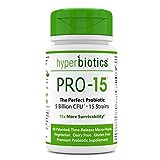 Position of the cervix in the female cycle

For most women, the position of the cervix is a vital indicator of the exact moment in a woman's cycle. While a woman reaches her ovulation period like a week before her menstruation, the cervix turns soft and tender. It is usually positioned higher in the body during this period and is often moist and open. When the ovulation period is over, the cervix is closed, is positioned to a lower level in the body, and becomes as dry and hard as the tip of the nose. This is also referred to as "low cervix." Hence, the women can determine if they are ovulating or not just by observing the texture and position of the cervix.

Have you calculated due date

Those who make use of the position of the cervix to find out if they are ovulating can also tell if they are pregnant or not by simply determining the position and texture of the cervix. However, a pregnancy test is still a more reliable means to determine if a woman is pregnant. Cervical position in early pregnancy may change but the timing is not the same for all women. The position of the cervix for some women may change immediately or within days after conceiving but to others, this might occur after a month or so in the course of pregnancy. When a woman is pregnant, definitely the cervix becomes elevated and softer to the touch.

But because of the difference in the timing of changes, it would appear that other methods like the pregnancy test are more effective and accurate. The cervix becomes soft with pregnancy because it gets filled with blood during the early stage. You can also inspect the vaginal discharge which increases with pregnancy because of more estrogen production and increased blood flow to the vaginal area. But cervical mucus may be observed to be lesser since the cervix closes after getting pregnant to facilitate the development of the fetus. Overall, it is not hard to feel the cervix with one's finger since it is located close to the vagina. For a more accurate observation, you can check daily and keep a record or journal of the position of the cervix.

Other women may have easily acquired the skill in using the cervix to check the signs of pregnancy, but this is not the case for everyone. As discussed, the cervix does not respond the same way in very woman when pregnant. Because of the differences, it is advised not to depend solely on inspecting the cervix and cervical discharge to determine pregnancy. There are less complicated means such as through clinical visits wherein a professional health care provider can perform a pregnancy test. Another way is through home pregnancy kits which you can be done more than once in order to be certain, and this should be followed by a clinical consultation.

Common indicators of pregnancy are as follows:

On the whole, inspecting the cervix is a distinctive approach that can be very effective and at the same time can easily be done at home. It is useful in detecting pregnancy as well as in exacting the best time to conceive. The method helps in developing a fertility journal to observe position and changes of the cervix.

Not the best pregnancy detector

Although determining the texture of the cervix and cervical position in early pregnancy has been effective for some women, others need to use caution. Position alone is not an unfailing method. If a woman feels she might possibly have conceived, she needs to wait until she can take a pregnancy test at home. She can also visit a doctor's clinic wherein blood pregnancy tests are always done. These tests are usually able to determine pregnancy earlier as compared to home pregnancy test kits. Apparently, the position of the cervix may change in the course of pregnancy; however, it is not a reliable method for all women.