My greatest passion is empowering others to improve their quality of life and achieve their goals by choosing healthy thoughts and habits.

Do You Ever Wish You Were One of Those "Lucky" People?

There are definitely some people in this world that seem to get whatever they want out of life. I'm sure you've seen plenty of them before. It appears that they are successful in everything that they try to do.

They want to lose weight, and it's done. They decide to get into a new career, and they are successful in the blink of an eye. They never worry about finances, because they always have their bases more than covered.

Who wouldn't want to be one these lucky people right?

Well, I know there are two different types of people reading this right now.

One group is nodding in agreement wishing that some of that luck would come their way, and the other group is thinking that the type of person I just described has a lot more than luck on his side.

Which do you think has more influence on your success, mindset or luck? 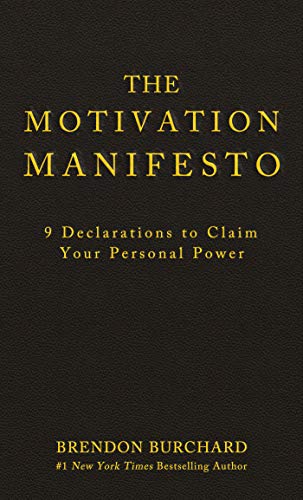 The Secrets that "Lucky" People Know

It turns out that there are a few things that most lucky people have in common.

They share some common mindsets that can really make or break a person in the realms of achievement. In fact it turns out that their success has very little to do with luck and everything to do with living true to these secrets.

It really doesn't matter that much what you are trying to achieve either.

No matter what ambitions you have for your future, knowing these secrets will give you more power to move forward, and pretty soon people will think you are one of those lucky people.

You might be surprised at how simple these secrets are. You've likely even heard them before, but the thing is that most people hear these secrets over and over again during their life times, but never choose to fully apply them to.

The following are some mindsets that lucky people maintain in order to achieve the successes that so many people think come by chance. I took these quotes from the video below, which I highly recommend watching. It is amazing!

There Is Nothing as Powerful as a Changed Mind

If you really think you can achieve your goals, you will put forth the effort necessary to make them possible. If you don't think you can, you have no reason to even try.

If you want to know what someone really believes, just look at their results.

Do you have the lifestyle that you wish you had? If not, it's because it's not in alignment with your core beliefs. Maybe you think that lifestyle is unattainable or that you aren't actually worthy of it.

If you don't have the life that you want, somewhere deep inside, you have a belief that is holding you back.

Your first step to becoming one of the lucky people is to dig deep and figure out which beliefs are keeping you from achieving your most important goals.

When You Step Into Your Fears and Continue to Push Yourself to Go On, Something Happens to You

The lucky people you meet are willing to face their fears rather than hiding from them. This probably isn't something that comes naturally to them. This is a mindset that they had to train themselves to have.

Finding enough courage within to push through your fears can be difficult, but it is certainly worth doing.

Everybody has fears, but the people who find the courage to push through their fears and try despite the things that they are afraid might happen are the ones that end up achieving their dreams.

Many people don't achieve the success that they are capable of simply because they haven't discovered what it is that they were meant to contribute to the world.

The lucky people that you see achieving their dreams are the people that maintain the mindset that they were blessed with talents that can change the world.

All people have gifts and talents, but unfortunately, some of those talents can go unnoticed for a lifetime.

Like the narrator in the video says, "Most of us don’t use the stuff that we have brought into the universe. (If you haven't watched the video yet, make sure to watch it before you leave this hub..Seriously, it's awesome!)"

There are a lot of reasons that people don't discover their talents.

Some people are afraid to try new things because they fear failure and in turn never discover some of their greatest gifts. Others are extremely gifted but are in a state of denial disguised as humility that blinds them so that they never see the talents that they possess.

Either way a talent undiscovered is a talent that is not having much influence on the world.

If you choose to take on the mindset that you are a talented person with a lot to offer to the world, you will soon find your talents helping you to become one of those lucky people that you admire so much.

Did you watch the motivational video included in this hub?

Success doesn't happen on accident, and it very rarely happens by chance. These lucky people you see from time to time who seem to be successful at everything they try have been trying for much longer than you've had an eye on them.

They have trained their minds to keep trying even when the task at hand seems mundane or even impossible.

There is a story about a person going up to an accomplished musician after a performance and saying, "I would give my life to play like that." The musician replied simply, "I have."

People who see others as lucky, often don't realize that those lucky people have dedicated their lives to becoming the people that they are.

If You Want Something, You Have Got to Be Relentless

This goes right along with being rewarded in public for what you practice for years in private. If you want to be one of the lucky people, you have to be absolutely relentless. There is no room for giving up!

This seems quite simple, but there are a lot of people that give up when the going gets tough and then have a hard time figuring out why they haven't achieved their dreams.

That's what the lucky people do.

Are you ready to change your mindset so that you can change your life and change the world?