Cinnamon, Ginger, Turmeric. Which Spice Provides the Most Anti-aging Benefits?

Most of us are fearful of the symptoms of aging: loss of the skin’s elasticity, moisture, softness, and tone; vision, heart, and blood pressure issues; diseases such as Alzheimer’s, arthritis, and cancer. Some symptoms occur prematurely because of lifestyle choices such as alcohol consumption, smoking, lack of exercise, over-exposure to the sun, cold weather, and pollution, living with an abundance of stress or simply genetics. While we await the discovery of the ‘fountain of youth,’ cinnamon, ginger, and turmeric could offer relief. But which one of the three spices, if any, provides the most anti-aging benefits? 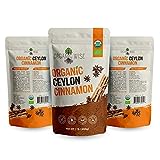 Cinnamon is a time-honored spice going way back to Biblical days. The tree originated in Sri Lanka and spread throughout Asia. There are many varieties, but Cinnamonum verum is the one normally used in medicine and cooking. The bark is removed, dried, and converted into tubular sticks or grounded.

Super powerful essential oils are responsible for delaying the conditions of aging. Cinnamaldehyde is an anti-inflammatory and can also stave off strokes. Eugenol lowers blood sugar and may be especially useful to diabetics. Cinnamon is also loaded with important flavonoids such as lutein, carotenes, and zeaxanthin. According to the article “Cinnamon Spice Nutrition Facts” from www.nutrition-and-you.com, it ranks highest for anti-oxidants. It helps to remove those damaging free radicals from our cells, prevents vision issues, and reduces the onset of dementia and arthritis.

Additionally, cinnamon is packed with vitamins A, B-6, B-12, minerals iron, magnesium, copper, zinc, manganese, potassium, and calcium. They help alleviate stress, muscle and joint pain, and support a healthy immune system. Also, the U.S. Department of Agriculture says that the spice promotes the production of collagen, which maintains skin elasticity. 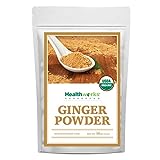 Ginger is also a centuries-old spice that has been used globally for medicinal and culinary purposes, especially in the Asian and Arab cultures. Botanically, the ginger plant is known as Zingiber officinale. Its chunky, funny-shaped underground stem called rhizome is the part we use.

Essential oils include the powerful anti-oxidants gingerols and shogaols, which help to eradicate free radicals from our skin cells and lighten age spots. Together with its anti-inflammatory compounds, ginger can make the skinsmooth and evenly toned, so it is often found as an ingredient in ant-aging creams.

Its anti-inflammatory properties have also been proven to reduce osteoarthritis, rheumatoid arthritis, lower cholesterol, prevent blood clots, heart disease, and stroke. Most of us know about the rhizome’s ability to ease indigestion, nausea, and gas. Regarding nausea, an online article from the University Of Maryland Medical Center cites a few studies indicate that ginger may reduce this chemotherapy side effect, but their results are inconclusive.

Ginger’s spicy flavor is found in candies, cookies, tea, ginger ale, and Asian, Arab, African, and Caribbean curries, soups, fish, meat, and other cuisine. I t can be purchased fresh, as a tincture or as a powder. Ginger could have adverse effects with blood thinners and high blood pressure medication. So, consult your medical provider before self-medicating. 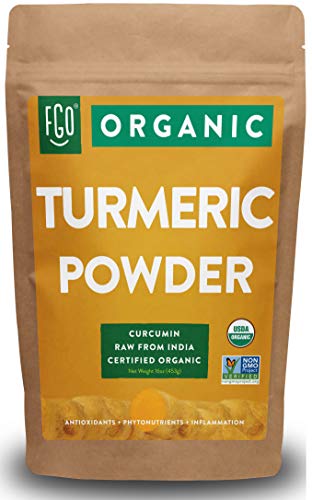 If you have ever eaten curry, you are aware of its deep or bright yellow color. Turmeric is responsible for that. The spice has long been used in Chinese medicine and the Ayurvedic medicine of India. The shrub’s botanical name is Curcuma longa. The compound curcumin gives it its anti-aging properties.

As an ant-oxidant, turmeric devours those nasty, dangerous free radicals, and cleanses the entire body, especially the liver of toxins. It may also stave off cataracts.

As an anti-inflammatory, the curcumin reduces inflammation in joints and muscles. Additional research shows that it reduces the onset of cancers, especially skin, breast, and leukemia, Alzheimer’s disease, stroke, and heart disease (by preventing blood clots). Other beneficial compounds in turmeric include vitamin B-6 and the minerals manganese and potassium.

Besides curries, turmeric is used in condiments such as mustards. The spice is also found in facial creams and cleansers for anti-wrinkles.

Possible side effects could occur in people using blood thinners and other medications, so consult your health provider before self-medicating.