Clinical Data on the Effects of Marijuana 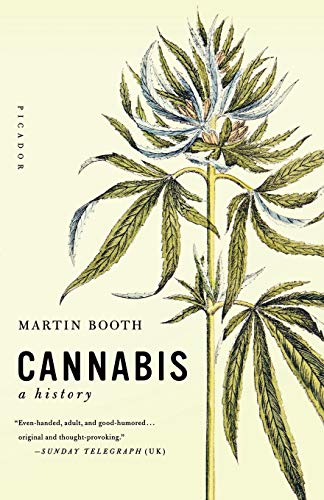 A Long History of Cannibis and It's Many Purposes

In a more concentrated form marijuana is called hashish, and as a sticky black liquid it is known as hash oil.

The main psychoactive chemical in marijuana is delta-9-tetrahydrocannabinol, or THC (National Institute on Drug Abuse). The use of marijuana and the effects of THC on humans has been a heated debate for decades.

Marijuana is illegal in a majority of states located in the United States, but is becoming a more and more recognized drug useful when treating a number of medical conditions.

For many ages, this plant was used by people all over the globe to treat pain, increase appetite, and reduce stress. Chinese doctors used marijuana as a form of medicineas far back as 2737 B.C. Its use spread from China to India and then to North Africa. It reached Europe at least as early as A.D. 500.

It wasn't until 1545 however that marijuana reached the United States, however back then it was still being used for its medical benefits. In the 1890s, it was discovered that the plant had a duel purpose, and the country replaced their staple crop, cotton, with hemp.

Marijuana was listed in the United States Pharmacopeia from 1850 until 1942 and was prescribed for various conditions including labor pains, nausea, and rheumatism.

During the prohabition era however, marijuana gained a negative connotation. It was viewed as a gateway drug, leading to drugs like heroin. In 1970 marijuana became a schedule I drug, right next to methamphetamines and heroin.

The Legalization of Marijuana

Many people believe that marijuana has numerous health benefits and should be used in the healthcare industry. Others see the benefit of legalizing marijuana as more of an ethical debate- and others believe that by decriminalizing the use of marijuana, it will save taxpayers an instrumental amount of money, as well as generate revenue for the United States government. All of the proponents of legalizing medical marijuana, whether it be for medical purposes, personal purposes or economic purposes, rely on the statistical data regarding the effects of marijuana on the human body in order to strengthen their arguments.

With no deaths ever reported from the use of marijuana, a record number of citizens being incarcerated for marijuana every year (while more violent offenders run free), and the ability to be an economic jackpot for the United States economy, the question remains- why have only eighteen states legalized the use of medicinal marijuana? Why has the government not recognized the benefits medicinally and financially for all of the public?

Medical Cannabis on the Human Body

Do you think marijuana should be legalized?

The medical benefits of marijuana have been studied for years and much progress has been made on the subject. Eighteen states in the United States, as well as the District of Columbia, have legalized medical marijuana and decriminalized the use of marijuana for personal use already.

Marijuana contains more than 460 active chemicals and over 60 unique cannabinoids. “The major active ingredient in marijuana is delta-9-tetrahydrocannabinol (THC), which is primarily responsible for its therapeutic and psychoactive effects. The quantity of THC in marijuana determines the potency and effect of the product” (Seamon, 2008).

The effects of THC on these receptors can lead to a decrease in pain, anxiety, epilepsy, multiple sclerosis, arthritis and more.

No One Has Ever Died from Marijuana

The war on drugs in America is extremely complicated, and this book taught me so much about what has fueled this profit driven endeavor.

Chasing the Scream: The Opposite of Addiction is Connection
Buy Now

The War on Drugs

While there are over 100,000 deaths per year due to prescription drug use and abuse, there has never been a single reported death from marijuana.

Not only does the imprisonment of marijuana users crowd prisons and monopolize the time of the state and federal police- preventing them from being able to capture and incorporate more serious criminals, but it also costs taxpayers an estimated $2 billion a year.

That money could be much better used for a wide range of things in a country with growing economic debt- not to mention the fact that it’s a crime against to taxpayers to use their money so wastefully.

The Truth About Marijuana

Based on the medical research, the financial research and the socio-economic factors of marijuana, it seems logical that the drug should be legalized.

Although the United States is making progress in the fight to legalize marijuana, many people are fearful that legalizing the drug will bring nothing but problems for America. Those people have failed to do their research.

It is their own money that is being wasted on marijuana offenders annually and if the facts were more widely spread regarding the economic benefits, health benefits and benefits on society, more people would probably be more open-minded to the ideas of medical marijuana being legalized.