Coconut water is the juice of young tender coconuts and is a natural energy drink. It is delicious, refreshing and very nutritious and has tremendous health benefits. The water of tender young coconut, technically is the liquid endosperm. It is one of the purest, most nutritious wholesome waters and beverages with which nature has provided us. The people in tropical regions and countries have been enjoying this drink for centuries. They have used the all-natural coconut water to refresh, refuel, re-hydrate, feed and maintain the proper nourishment and fluid levels in their bodies. The natural water has a caloric value of 17.4 per 100 gm. The benefits of coconut water are endless and should be an essential part of any healthy diet.

Coconut water is naturally sweet, ingratiating, promoting proper digestion, and naturally helps clearing our urinary paths, and lubricating our body systems. India is one of the leading producers of coconuts in the world producing 13 billion nuts per annum.

As you can see, Coconut water has amazing health benefits. It should be an integral part of any healthy diet. Coconut water is a natural energy drink. No need for drinks like Gatorade or Powerade. Replace them with the healthy alternative that is coconut water. 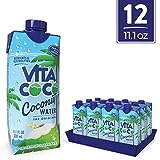 There is no fat in coconut water and it contains plenty of natural sugars and minerals, loaded with magnesium and potassium and even high fiber. One cup of Cocnut water has about 46 calories while coconut milk has 550 of those calories. Coconut water is very hydrating and was given to soldiers during the World War when saline was not obtainable. It is commonly known that staying hydrated is very important to maintain good health. It will help feel full so it reduces hunger consequently resulting in weight loss. Health benefits of coconut water are tremendous and the list is so long that hopefully people understand it and consume it properly.

Sugars: The natural sugars in the forms of fructose and glucose form an important element of the young tender coconut water. The concentration of natural sugars in the water of the coconut steadily increases from about 1.5 % percent to about 5.0 to 5.5 % percent in the early months of maturation. This process slowly begins to fall back to around 2 % percent at the stage of full maturity of the coconut. It is in the early stages of maturity when the sugars that are in the form of fructose and glucose (reducing sugar) and sucrose (non reducing sugar) appear. Sucrose appears only in the later stages and increases with the maturity of the coconut, while the reducing sugars fall of. In the fully mature coconut approximately (90%) percent of the total sugars is in sucrose form.

Protein: Coconut water contains small amounts of protein. The percentage of alanine, arginine, cystine and serene in the protein of young coconut water is higher than cows milk. Soymilk is another great source of good protein. Since young coconut water does not contain any complex proteins the danger of producing shock to the patients is minimized.

Almost every part of coconut palm is used. It is a primary source of food, water, drink, purifier, fluid re-hydration, isotonic, energy, tonic, fuel, soil rejuvenator from the fiber, animal feed, and shelter. Nature provided us with a tree that produces the world's best water.

The Nutritional Values of Coconut Products: This varies according to the different stages of development. The mature coconut is a good source of iron and potassium. Approximately 86% of the calories in coconuts is from the white meat inside the shell and are from fat calories, most of which is saturated fat. But the water of the coconut contains less than 1 %. So the pure coconut water is Cholesterol Free and 99% Fat Free. Young Coconut Hearts: High in calcium and phosphorus and low in fat.

source: coconut development board of india.

How to make a coconut water smoothie Video