Communication Problems in a Psychiatric Ward

Patients who have been admitted to a psychiatric ward are usually there for good reason. Whatever mental illness they are suffering from, they have reached a crisis point in their illness and professionals in psychiatry feel it is necessary to admit both for treatment and safety issues. Some who are admitted to such wards may not have been admitted voluntarily and it is fair to say that the large majority do not want to be there.

The admission can be daunting and even frightening to the point where you actually feel worse for being admitted. You are leaving behind what you know, who you know and your possessions. You may feel so ill that frankly you are in a dream world and at first may not care about anything at all. Everyone has a different perspective on being admitted to a psychiatric ward and a minority may even welcome admission as a safe haven.

Understanding what is happening to you and being understood by others are important factors in how well you will handle being on the ward and can have an impact on your recovery. You need to feel that you can discuss any concerns as they arise, ask any questions and equally you need to feel that you are being listened to and understood. Communication is very important when you are having a mental health crisis to both parties, that of the staff and the patient. So what problems are posed when you don’t feel it’s ok to talk and worse still when there are obvious barriers to communication?

In the UK we have a problem with a lack of British born psychiatrists and a language or communication barrier does exist to a degree between patients and psychiatrists. I have heard quite a few patients express concern generally about feeling misunderstood by their psychiatrists. The severity of the mental health crisis and the use of strong medications can leave a patient with a cloudy and short attention span. Often a patient will forget half of what was said in a consultation. It is my opinion that after every psychiatrist consultation on the wards, nurses should ascertain if the patient understood what was discussed and try to resolve any confusion.

A psychiatric nurse’s job is to make sure your mental health care needs are met. They are often your first port of call when a personal issue or problem arises on the ward. At all times you should be able to approach a nurse and share your concerns and emotional difficulties. You should have a named nurse who you can approach during your stay but obviously that nurse will have days off, so you need to know that all nurses are available to meet your needs. 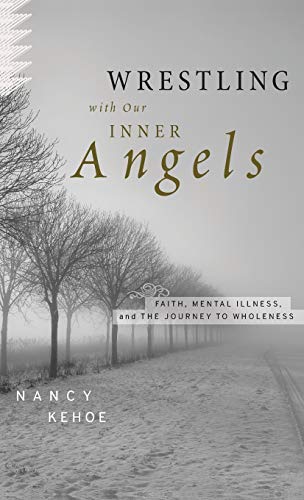 Wrestling with Our Inner Angels: Faith, Mental Illness, and the Journey to Wholeness
Buy Now

I have personally witnessed the unavailability of nurses on a psychiatric ward. I would even go as far as to say that some nurses appear to be bad at communicating altogether. If this was a case of nurses always being rushed off their feet and not having spare time to talk, I could understand why the problem exists. This often isn’t the case. Nurses do spend time chatting idly amongst themselves when there is a lull in duties. They might even be sat watching television with the patients or doing a jigsaw puzzle. Talk time is vitally important to those who are going through severe mental distress. To offload is to unburden and to be sat quietly alone with nothing but the same disturbing thoughts exacerbates the mental illness.

Have you had difficulties communicating with:

Nurses should be seeking out those patients who they feel are not communicating also. Sometimes a few kind words and gentle prompting are all a patient needs to share their worrisome thoughts. Sadly it is often the case that nurses have ‘favourite patients’. We are all people at the end of the day and we all get on better with some people than others. There can be clashes of personality on a psychiatric ward between nurses and patients and this can make communication very difficult. Nurses should however, do their best to avoid clashes with patients and certainly should understand that during a mental health crisis there is bound to be frustration, fear, anger and misinterpretation. It is a difficult job at times and patients can be difficult within their mental illness but nurses have had training to deal with these difficulties. 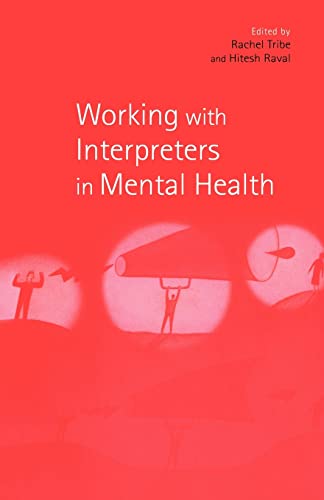 Can you imagine for one moment what it must feel like to be hearing voices and feeling paranoid with a newly diagnosed mental health disorder? Now can you imagine being admitted to a psychiatric ward with these frightening symptoms and not being able to speak a word of English? How are you to convey how you feel? How can you understand what is being said to you about your treatment…about anything that is happening to you? The simple answer is you can do neither. Medical or mental health interpreters do exist but are they always used? They cost money and money is tight in the health services and is very expensive for a sufferer to consider.

A member of the family or a friend may speak English and should be able to accompany you, with your permission, to any important consultations or meetings about your care. Sadly, the majority of the time you will be further pushed into a confused state of despair. Imagine not being able to refuse a medication, ask about going home or talk about your fears as these thoughts spring to mind and when there is no interpreter.

A True Case of a Language Barrier Problem

A Chinese lady was admitted to a psychiatric ward and this is what I observed. She was quite heavily drugged up and it was clear she was hearing voices and very distressed. She would curl up into a ball periodically and sob heavily. She spoke no English outside of yes, no and thank you.

One evening a couple of hours before bedtime, two male nurses had come on duty for the night. It’s not good to have only male nurses to talk to and night times can feel worse than day times anyway. I was alone in a room with this lady about three metres away from the nurse’s station. The lady started crying softly and muttering as the voices started. Over the course of about twenty minutes her crying had built up to heavy sobbing and her muttering to a raised angry voice. She looked petrified. She had her hands over her eyes and was rocking as she sobbed.

I called over to the nurses to attend to the lady with the hope they could comfort her in some way. They spoke to the lady and asked her if she was ok. She clearly was not and the fear was etched on her face! She could not understand their questions and continued to sob and shout out in Chinese. A nurse turned to me and said that he was giving out medications in half an hour anyway! They walked away.

My heart poured out for this lady. I couldn’t begin to imagine what she must be feeling but I understood what I saw and so I went and sat directly beside her. I took her hand, stroked it gently and kept repeating that everything was ok. Within ten minutes her sobbing had stopped and she even managed to raise a smile. She kept repeating ‘thank you’ over and over. This was enough. To feel that at least someone understood and cared about what was happening to her was enough to calm her. Stroking her hand was the communication and it spoke volumes.

The male nurses saw what happened and said that it would be inappropriate for them to sit and stroke her hand in case it was misinterpreted.

So, communication is not always about the spoken word. It can be a gesture too. A kindly gesture at the right time can mean so much to someone in severe distress. From a smile to a hug, most of us feel better if someone expresses in some way that they care. Sadly the care is too easily left out of the mental health 'care' service.