Creating Frameworks for Possibility - How to Unlock Your Hidden Potential

Let Your Potential Shine as Bright as Can Be

Opening the Window to Unending Possibilities

When Dr. Martin Luther King Jr. gave his 'I Have a Dream' speech to the crowd massed in Washington D.C., he was addressing not only the thousands gathered there to hear him, but to all of mankind. King spoke about the fundamental rights that we all have as human beings. He united and uplifted the people, demonstrating with body and soul that dreams can make a difference.

As a species we are exquisitely suited to thrive in an environment of threat where resources are scarce, not always ready to reap the benefits of harmony, peace, joy and plenty. Our perceptual apparatus is structured to alert us to both real and imagined dangers everywhere.

We do however, have the capacity to override the hidden assumptions that tie us down. We all have the power to open up the window to unending possibilities. Within the world of endless possibilities, we call upon our passions rather than our fears, our strengths instead or our weakness and that which brings us joy, rather than sorrow.

The gravitational pull that creates a downward spiral away from the world of limitless possibilities is strong, but we have the power to open our wings and soar in a new direction.

Setting Up the Frameworks for Possibility

In order to unlock our own hidden potential, we must invent and sustain the frameworks that bring forth possibility. This means restructuring meanings, creating visions, and establishing environments where possibility can grow. This means creating a place where the gravitational forces that cause the downward spiral away from your dreams is overcome by the buoyant force of possibility.

The steps to creating your framework of possibility include:

In the realm of possibilities, there is no distinction between ideas and action, mind and body, dreams and reality.

You Have Limitless Potential

Vision as a Framework for Possibility

A vision is a powerful framework to prevent you from spiraling downward. Visions release us from the weight and confusion of worldly problems and concerns - allowing us to see the big picture.

A vision becomes a framework for possibility when it meets certain criteria that distinguishes it from the dreaded downward spiral. Here are the criteria:

A vision is an open invitation and an inspiration for people to create ideas and events that correlate with its definitional framework.

Nelson Mandela on the Potential of Human Beings

Our deepest fear is not that we are inadequate,

Our deepest fear is that we are powerful beyond measure.

It is our light, not our darkness, that most frightens us.

We ask ourselves, who am I to be brilliant, gorgeous, talented, fabulous

Actually, who are you not to be?

You Create the Frameworks of Your Own Potential - How High Will You Aim? 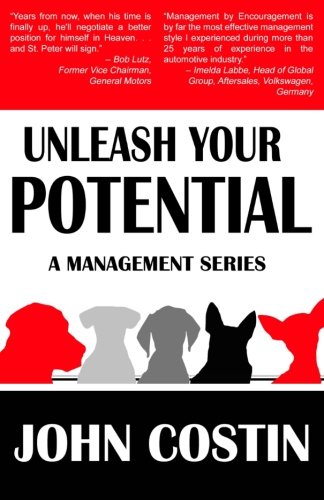 Certain environments foster potential better than other environments. When we find the places that allow us to be the best we can be, we must take advantage of those environments and utilize them as much as we can.

The person who rigorously maintains the clarity to stand confidently in the abundant universe of possibility creates an environment around him that generates new ideas, new innovations, enhanced creativity.

We come to trust that these places are dedicated to the notion that no one will tell us we're wrong, no one will make harsh judgments, no one will create dividing lines that separate us from the pack. This trust is important because these environments have the ability to produce astonishing results that can take people in new directions, through newly opened doors. This environment invites us to play in the meadows of a cooperative universe that is accepting and encouraging.

Are you in the career you want to be in, or are you limiting your potential?

Is the Sky the Limit?

We all have enormous opportunity to create a range of possibilities in any situation. Whether you believe it or not, the sky is not the limit! Our only limitations are the ones we create ourselves.

The practice of framing possibility call upon us to use our minds in a manner that is counter-intuitive to our natural way of thinking. To think within the framework of possibilities, we must think in terms of the contexts that govern us, rather than the evidence we see right before our own eyes. This allows us to detect dangers (limitations) in our path, such as definitions, assumptions, and judgments.

These limitations create a downward spiral, pulling us away from our own unlocked potential, but we all have the power to make conscious use of our way with words to define new frameworks for possibility that bring out the part of us that is most contributory, most unencumbered, most open to participation. We all have this power, and we all have this choice.

The sky is not the limit - so reach for the moon, because even if you miss, you will land among the stars!

When You Believe You Can, You Can.