Cycling Around The French Countryside

Cycling in France for Fun and Fitness

I learnt to cycle when I was a little girl but I hadn’t cycled for more than 20 years when I decided to start cycling in France a couple of years ago when I moved here. People tell you that once learnt you never forget how to cycle… well, they are right. It took me a few tries before I managed to feel safe on my bike but I did it. I started cycling again and I haven’t stopped since.

Me and My Bicycle 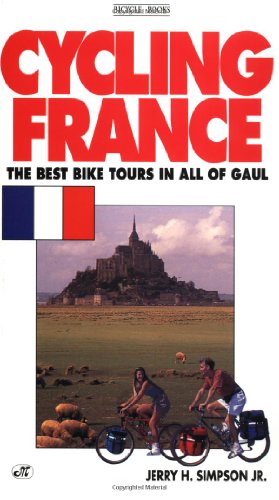 I live in France, in an area where almost everybody practices some kind of sport. The most common sports are cycling, hiking, walking, hunting, fishing, horse riding and swimming. When I just moved to France my new friends were surprised that I didn’t practice any sport at all. They couldn’t believe it. My retired neighbours were touring the country on their tandem bike, my best friend went out every weekend on all day family rides carrying her baby in a security seat at the back of her bike and another friend with heart trouble went cycling with her professional cyclist husband as often as she could.

Eventually, out of shame I decided to start cycling, but as I was not familiar with the cycling tracks I decided to go along with a private tutor. That happened to be a great idea, as he taught me the rules of the road when cycling and made me discover the fabulous cycling routes around my area. On top of that, I had the incentive of going around with a professional who pushed me to keep going even at the hardest points.

As I grew more confident with my bike I started to wander around alone. I discovered the most beautiful sceneries. I could get lost in the countryside all day long just cycling and admiring the surroundings and the wildlife. Of course it helps that France has many cycle trails actually covering thousands of kilometers that are well marked, providing the perfect atmosphere to experience the country.

Cycling Is Better Than Shopping. Did I Say That?

Last year one of my best friends came to visit me in France. Usually every time she comes we go for a few days shopping spree to Paris and any other big city on the way. Last year however, when she arrived she was amazed to see me so radiant and fit. She asked me if I was dieting –which I wasn’t- or if I was going to the gym –which I wasn’t either. I told her all about my French cycling.

Two days later we were on our way out for a cycling tour of the surroundings. She liked it so much that we spend the whole week cycling. We would start in the morning, cycle to one of the farms around the area, buy some fresh goat’s cheese, homemade butter and local wine. Of course, that involved a long chat with the farmers and very often a visit to their cheese-making facilities and tasting their farm products. The next stop would be the baker for some freshly baked baguette. After that, we would just cycle around, circling mediaeval castles, sleepy villages and the lovely French countryside until we found an appropriate picnic site by the river where we ate, sunbathed and had a siesta before cycling back home.

We enjoyed it so much that we completely forgot about our Paris shopping or any other shopping. Later on, my friend wrote to me to tell me that this was her best ever holiday in France.

Some of the Sites we Cycled

Cycling for health and fitness

I am no expert, but for what I see around me there are no real age barriers to cycling. I have an 80 year old neighbour who had surgery on both knees and I see him cycling regularly every summer. Another 60 year old neighbour who had a mini heart attack was back on his tandem bike with his wife two months after he came out from hospital. I also see everyday in the village, old ladies taking their bikes as a mean of transport to come to the village and do their shopping. They ride slow but they get there!

Obviously anyone with heart disease or other conditions affecting their activity should, consult their doctor before starting any exercise programme.

Cycling with My little Boy in Royan

Cycling in France and Road Signs

Cyclists must obey traffic signs and signals in the same way as other road users; this includes respecting "no entry", "one way" and "stop" signs.

A last word: Dangers of Cycling

As with any other sport, cycling has its dangers. You take the risk of having a road accident if you are riding on the roads.  At the end of the summer last year I had a cycling accident when I was run over by a car on a country road.  As a result I ended with a broken wrist and ankle.  Seven months later, my ankle has healed but I still have a sore wrist and probably will need surgery to fix it.

Did I go back on my bike after the accident?  Of course I did!  I was dead scared the first few times but I did.  The boost and the health benefits that you get from cycling are for me worth the effort and the risk.  I wouldn’t give up cycling in France.