Cymbalta Side Effects and Withdrawal Symptoms

You've more than likely seen the commercials "depression hurts" which have the somewhat saddened piano theme song behind them, while they show various scenes of people struggling with depression. That advertisement is for the antidepressant Cymbalta, made by the Eli Lily company. Many people currently use the drug Cymbalta which is at times misspelled Symbalta or Cimbalta. I've taken this medication for about 2-3 years now as treatment for not only depression, but also for bouts of anxiety, and neck/back pain, all resulting from whiplash in a car accident. I've also felt some of the downsides of using the drug, for example the awful effects of withdrawal if you stop taking it cold turkey. This webpage will generally provide others with more information about Cymbalta, its side effects and withdrawal symptoms. This page also includes my personal experiences with the antidepressant medication, Cymbalta (duloxetine hydrochloride).

If you're looking to get off Cymbalta, you might try this method.

Essential Oils to Improve Your Health! 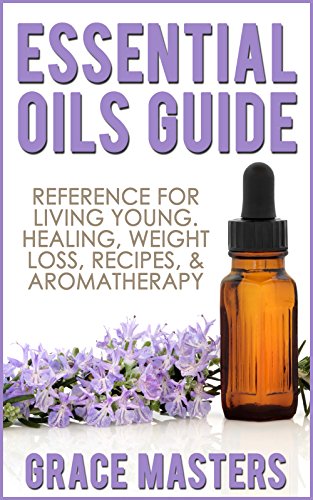 First a disclaimer, I'm not a doctor or pharmacist, simply a patient who has taken the antidepressant Cymbalta for several years. Always consult your doctor and pharmacist for complete medical information about any medication you are prescribed.

Cymbalta is usually first administered in the lower dosage of 30 milligram pills, which you take once daily. They're ideal to take before going to bed, because one of the side effects can be a "sick to the stomach" feeling after taking it. So taking it right before you fall asleep, maybe with a glass of milk, will help ease that and make sure you aren't too sick. Another side effect, I personally have noticed is that the drug used to allow me to sleep just 4-6 hours and I'd wake up. I'd stay awake for 2 hours, then go back to sleep for about 2 more hours before I finally decided to get up.

Some of the most commonly noted side effects of Cymbalta are nausea, droswiness, dizziness, constipation, dry mouth, headaches, diarrhea, insomina, fatigue, loss of appetite, sore throat, weakness, runny nose, sweating. One of my doctors also indicated that the drug can make you have more of an appetite, which is contrary to the "loss of appetite" listed above. Some people have speculated that Cymbalta causes weight gain like other antidepressants. While there's no proof of this, if Cymbalta causes more of an appetite that could definitely lead to weight gain.

Some of the less common side effects of cymbalta are shakiness, muscle pain, blurred vision, anxiety, hot flashes, weight loss, yawning and various sexual side effects (erectile dysfuntion or impotence).  These side effects generally occur in just 2 to 5 % of the people taking Cymbalta.  Consult your prescribing doctor and/or physician for information specific to your health situation.

A few times I had taken some of the leftover 60 mg pills after I had stopped cold turkey, and yes the side effects of starting Cymbalta in that higher dose were severe. They caused me to feel very sick, with one of the most intense headaches I'd ever felt. In a few instances I vomitted repeatedly over the course of one night and was thankful when I could finally fall asleep. This is something you definitely should not do. Consult your doctor in this situation.

How to Get Off Psychiatric Drugs Safely

Stopping Cymbalta cold turkey is something I'd never advise, nor would your prescribing doctor.  There's no general timetable for how long Cymbalta withdrawal symptoms last, but the withdrawal effects can be pretty intense.  I stopped taking Cymbalta several times due to the fact I've never liked medication and was never on any sort of psychological drugs prior to my car accident. I feel these drugs can greatly inhibit us, and there's always a more natural cure or solution to most problems. Also, I had lost my job and health insurance and that made getting the medication extremely expensive. When I stopped taking Cymbalta, I have to admit I felt amazing for several days afterwards, and wished there was a way to bottle that feeling. I basically can say I felt like myself again, but the drug was still in my system. And as time went forward with me off the drug, I began to feel worse and worse.

Some of the things I felt when I went off Cymbalta cold turkey, were an overall feeling of malaise, of not wanting to get out of bed, feeling sick to my stomach, and some severe headaches. At times I'd feel dizzy, extremely tired and bright light would really bother me. This was most likely due to migraine headaches, but it was a clear indicator of what may happen if you completely stop taking the drug. Talk to your doctor before ever removing yourself from a medication, because you may suffer some pretty nasty effects. In most cases, the doctor will recommend you "wean" yourself off the drug, by reducing the dosage from 60mg to 30mg and then stopping it completely.  Again, consult your doctor before making any decision to stop taking Cymbalta or any other prescribed medication.

Get Cymbalta at Low or No Cost

Here's some helpful info for people who might not have the means to purchase Cymbalta and/or are not covered by health insurance. I've read about people going off Cymbalta because they couldn't afford it. When I was employed prior to my car accident, the medication cost me about $30 a month. When I lost my job, I bought the drug at least twice, and the straight cost was about $140, which is not something most people can afford. So I also stopped taking the drug due to being unable to afford it without health insurance. The bad news is that there's no Cymbalta generic version of the antidepressant medication. The good news is you may be able to obtain Cymbalta itself for less money or even free.

I found out that the Cymbalta manufacturer Eli Lilly offers an assistance plan to help people obtain medications at low or even no cost. The company has provided me with 4 months worth of samples of Cymbalta at no cost at least twice now. All I had to do was fill out paperwork, submit to my doctor's office and within 4 weeks, the sample meds were at my doctor's office. So consider applying for this assistance if you can not afford Cymbalta.

The Depression Cure: The 6-Step Program to Beat Depression without Drugs
Buy Now