"Don't put that money in your mouth! You never know where it's been!" Your mother said so, just like countless mothers for countless generations said before her. While you are trying to conserve money with savings plans, an IRA, stocks, bonds, smart shopping, coin-hoarding, dollar-stretching and a variety of money saving techniques, your mother was more concerned with saving your health.

Moms were not and are not alone. At the beginning of the 20th century, Dr. Thomas Darlington, Health Commissioner of New York City, presided over experiments with bacteria found on bills and coin. On February 24th, 1905, the New York Times reported that Dr. Darlington told the House Committee on Banking and Currency "that it was desirable in the interest of public health that soiled bills be withdrawn from circulation as soon as practicable."

In Japan, moms have had a real impact. There, paranoid parents can go to a "clean ATM" and get their yen pressed between rollers for one-tenth of a second at 392 degrees, enough to kill many bacteria, according to Hitachi, the ATM maker. Explains Terry Kubo, a Hitachi spokesman,"Japanese like to be very clean," adding, "Please be sensitive". It seems the Japanese don't even want to talk about icky germs.

Today, the job of separating dirty money from an unsuspecting public falls to the Federal Reserve. While paper bills are built to take an extreme amount of abuse, the average U.S. Dollar lasts a mere 18 months. "Soil content," as the Federal Reserve tactfully calls it, is analyzed by machine. A new bill scores a 16, and goes down from there according to "soil content." Any bill scoring 12 or less - about a third of those tested - are typically shredded and used for landfill.

Obviously, the Federal Reserves test shows only how soiled money is; it doesn't reveal what soils it. Your mom was right about one thing: you never know where it's been. Witness the exotic dancer with the special talent of removing a dollar bill from a man's face in a cheeky way. Clearly moms across the planet have done a fine job of convincing us money is full of disgusting germs - strippers aside - but is it really? And if so, how filthy is it?

It goes without saying that bacteria are everywhere in the environment and most of these microbes are harmless to humans. Should germs on money worry us? Surprisingly, studies of bacteria on money are scarce. In 1972 a study in the Journal of the American Medical Association studied bacteria from 200 coins and bills and found harmful germs like fecal bacteria and Staphylococcus aureus on 13 percent of coins and 42 percent of notes. The study concluded: "Money is truly dirty."

Another study at the University of California at San Francisco cultured 113 examples of "real life" cash from a deli, a post office, a newsstand, and common places where money changes hands. Most grew harmless organisms, but 18 percent of coins and 7 percent of notes had some less friendly bacteria on them, including the odd colony of E. coli and the potential pathogen S. aureus. Fortunately, the bug soon shrivels on money's dry surface. And with 25 percent of people carrying S. aureus in their noses, it's no surprise that the bug gets onto fingers and money.

Lend Me a Hand

Anything that gets on hands can get on money. And hands are hardly germ-free. While not the germiest parts of the human body - they're too dry for that - hands have a local population of bacteria quietly grazing on their skin debris. In the late 1930s, the surgeon P. B. Price discovered something surprising about our hands: no amount of washing with soap or antimicrobial agents can sterilize them. "Even after 10, 15 washings," says James Leyden, a dermatologist at the University of Pennsylvania, "bacteria are there by the thousands."

Speaking on hands and bacteria, Leyden asks rhetorically "Where are the hidden cities?" In the late 1980s, he conducted a test where he closed the moist spaces under volunteers' fingernails. "You find hundreds of thousands, even millions of bacteria there," he says. "Sometimes the amount under one fingernail is more than on the rest of the hand." Each time the volunteers washed their hands, the number of bacteria diminished until eventually hardly any were left.

In general, skin resists being colonized or invaded by foreign bacteria. Its outer layer forms an efficient barrier and its surface is too dry or too acidic for many nonresident species. In addition, skin surface oils contain antimicrobials. In the mouth, saliva - our natural mouthwash - contains the antibody immunoglobulin A and germ-killing enzymes. Any microbe that makes it past the skin or the mouth's pink lining must contend with the body's immune system. And any microbe that's swallowed faces the acid test of the stomach. In short, the human body does a pretty good job of protecting itself.

So what can we do about dirty money and germs on currency? "Money is not a major cause of exchange of diseases, and you should not worry about it very much," said Joe Kitterman, environmental health supervisor for the Riley County Kansas Health Department. Viruses do not enter a person's body through the skin, Kitterman said. They must come in contact with the nose or mouth or through the membranes of the eyes. The biggest culprit when it comes to transmitting sickness is a simple lack of hygiene.

"The most common problem is lack of hand washing," he said. "There are a lot of bacterial diseases that can be spread because people don't wash their hands after they go to the bathroom."

George Marchin, associate professor of biology at Kansas State University, said hands generally must come into contact with the face to spread viral diseases. "The virus gets on your hands, then later you touch your nose or rub your eyes. You really have to massage (the virus) into the membranes," Marchin said. "Washing your hands more often is something the Center for Disease Control recommends." Washing your hands too often though can be detrimental, stripping the skin of its antimicrobials and causing abrasions, making you more susceptible to bacteria.

But a quick pass of the hands through running water doesn't get the job done, said Carol Kennedy, director of health education and promotion at Lafene Health Center, Kansas State University. "I would say significant lathering using soap and warm water.

"Soap is critical. It has been determined that soap and warm water is the best way to prevent colds and that kind of thing." Antibacterial gels can help sanitize in a pinch. "That's a good alternative if you don't have access to soap and water," said Kennedy, "like if you are in class and sneeze or blow your nose."

That doesn't mean mothers aren't right to warn toddlers not to put money in their mouths. According to the American Academy of Pediatrics, small coins are the most common foreign objects causing injuries to children worldwide. The danger is choking, not swallowing: a quarter going down the wrong pipe could block the airway and can suffocate a small child in minutes. "Swallowing a coin isn't the worst thing in the world, if the coin lands in the stomach," says Marilyn Bull, a pediatrician at Riley Hospital for Children in Indianapolis. In due course the ingested coin should emerge at the other end acid-washed by the stomach, in shiny, almost mint condition.

So, the best way to protect yourself is to keep your fingers and money out of your mouth (even though it wont kill you, it is dirty and icky), don't rub your eyes, don't pick at your scabs, and wash your hands, especially after going to the bathroom. And those are all things your mother told you. Thanks, mom. 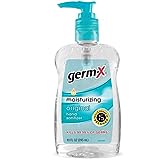