The different kinds of fatty acids

You have probably been seeing it more recently when your surfing on the Internet or reading about it in the the latest fitness/health magazines. You hear about it on the infomercials, people are preaching about taking fish oils and Omega 3's fatty acids. You first thought might be that you shouldn't consume fats. Your body does however require good fats, in fact all your major bodily organs can not function properly without them. Do you even know what Omega 3's are? Do you actually know all the health benefits that are associated with taking Omega 3's on a daily basis? Well first of all, you should never put anything into your body without knowing exactly what it is and the effects it is going to have on you. So let's first start with letting you know exactly what Omega 3's fatty acids are. They are simply fats that are commonly found in the oils from plants and most marine life that your body is incapable of producing or forming on it's own (essentials). When you see the word "essential", no matter what word it precedes means that the body is incapable of producing it and depends on the assistance of your daily eating habits. These fats are imperative for your body to function properly and keep your metabolism working at an efficient level. Omega 3's are extremely prevalent in flax seed, fish, plant, and algal oils.

The Health Benefits of Omega 3's

The human body is unable to produce EPA (eicosapentaenoic acid, long chain fatty acid with 5 double bonds) or DHA (docosahexaenoic acid, 6 double bonds) which is what makes the fatty acids so essential. Omega-3's can be found in a supplement form in pretty much any sports nutrition store, neighborhood grocery store, health store and in fish itself. ALA (Alpha-Linolenic Acid), short chain fatty acids with 3 double bonds can also be found in a variety of foods including walnuts, flax seed and canola oil. There are also several foods that have ALA's added into them such as breads, yogurt, eggs and some juices. Research has shown a consistent daily source of Omega 3's is cardio protective against strokes and heart attacks, can assist in the lowering of triglycerides and blood pressure as well as being effective in the prevention of other serious health conditions such as diabetes, asthma, depression, arthritis and many other maladies. An adequate daily source has also been linked to overall heart health, improved vision and brain function, and mitigation of immune diseases and systemic inflammation (reducing inflammation in joints, blood vessels and throughout the entire body). Other health and fitness benefits of good fats are they assist your body in maintaining strength and energy for functionality, maintain your cholesterol and blood pressure, and increase your body's natural defense mechanisms (immune system) to fight against disease. Some studies have associated Omega 3's with diminishing ADHD, and improved memory and brain function.

Top Foods with the most Omega 3's in them

There is a better chance your body will absorb a much higher quality of the Omega-3's fatty acids from fish oil if it is ingested with some other fatty foods. Your body requires both Omega-3's and Omega-6 (vegetable oils, soy bean, corn or sunflower oils), with the 3's being the most healthy and beneficial of the two. Fish and marine algae are the only sources of EPA and DHA. Many studies have shown that the Omega-6's have a tendency to promote inflammation, which directly conflicts with the Omega 3's because they have properties that have the ability to reduce inflammation. Since both of the fatty acids are important to your overall health and wellness, it's absolutely necessary to keep the proper ratio between the two of the them. Most normal diets will usually consist of a lot more of Omega-6. You need approximately twice the amount of Omega-3's than Omega-6. Taking a daily supplement of fish oil helps keep this ratio at an acceptable level.

Cast your vote for Grilled Salmon with Mustard & Herbs

Too much of anything is bad for you, this includes Omega 3's

As with everything else in life, there are pro's and con's with fish oil. Too much of anything is bad for you. For those people who choose to follow a Mediterranean diet, they usually have the proper ratio of 3's to 6's, however you take the risk of having a much higher cholesterol level than normal. If you suffer from some sort of a bleeding disorder or are taking/have been prescribed an anticoagulant, excessive amounts of Omega-3's may perpetuate the risk of bleeding by the thinning of the blood. There have also been several cases reported of fish oil causing diarrhea, bloating and gas. Since you do not have any idea of knowing the life of the fish and how it lived, there is also risk that some fish might contain contaminants that can be extremely harmful to the body such as metals. It is not very difficult to abuse/overdose on Omega 3's, so you should always consult your Doctor or healthcare professional before beginning to take any type of dietary supplements. Some of the symptoms of consuming too much Omega 3's are vomiting, bruising and bleeding easily, blood in stool and black stool. No more than 3 grams of the fatty acids should be taken in a given day. As long as they are taking properly and in moderation, the Omega 3's will/can keep you healthy and functioning properly and at an optimum level. 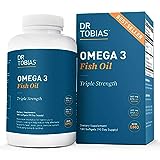 More links with helpful information on fats and macronutrients