Dreams in Native American Cultures From Antiquity to the Present

The commercial trinket known today as a dreamcatcher is based on a sacred icon of infancy and dream interpretation among Eastern Woodlands Native Americans. it was first used long before AD1900 and at least as far back as AD1640.

The legends that have accompanied the looped willow twig webbed with sinew to resemble the spider's beautiful web honor Native American foundation stories.

Dreams and dreamcatchers have been used for healing among many indigenous peoples, especially for emotional trauma and upsets like nightmares. Today, they may serve the same purpose when dream fulfillment is pursued symbolically.

Ms. Densmore's notable work on Native American cultures has been published after her death, in 1979 and again in 2008. In her career, she was both an ethnomusicologist and ethnographer specialist within the discipline of anthropology, studying music and symbolys/writing. It was through an anthropology minor that I first acquired in-depth knowledge of Native American Nations and portions of this education came from the comprehensive works of Ms. Densmore's first-hand experiences with the Native Americans of her home state, Minnesota.

Ms. Densmore's studies included the tribal foundation myths from the beginning of time as known by aboriginal circles, encompassing religion, spirit, dreams, and certain traditional early childhood objects before they were altered to become the commercial trinkets known since the mid-20th century as dreamcatchers.

Accurate information continues to be catalogued by Universities, National Geographic, and the Smithsonian Museum of the American Indian; and gathered in regional university databases around the Western Hemisphere to preserve First Peoples' histories. This is done now with the help of one-on-one interviews added by The Smithsonian Institution, especially since 2005; and by the the joint project with National Geographic and IBM on human DNA tracking around the world and backwards through time.

Adolf Hungrywolf is not a First Nations man by blood, but by adoption into a tribe for over 50 years. He has written over a dozen books on their histories and cultures and raised his own offspring among the Blackfoot Nation of the Canadian Rockies. He holds two medicine bundles of the Chippewa Nation, a high responsibility.

His book about child rearing and ages-old First Nations customs, contains more than 40 vintage photos and illustrations. These include infancy, childhood, and spiritual practices.

What has been twisted into both a commercial product known as deamcatcher and a positive icon for all of Native America is described according to tradition by Mr. Hungrywolf. He includes facts about naming ceremonies, birthing practices, courting, marriage and daily life in the Chippewa, Flathead-Salish, Navajo, and Winnebago Nations for many generations into the past.

Mr. Hungrywolf accurately describes the oldest tradition of the dreamcatcher and dreams among Native North American Nations. This is one of my favorite references for indigenous studies in Canada and America. 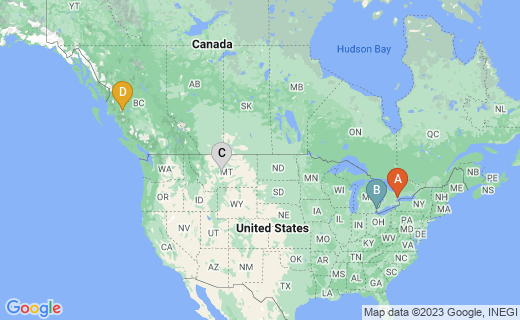 The Ojibwe-Chippewa (literal meaning of each tribal name is "puckering" or "roast until puckered", according to native-languages.com pages) is the third largest Indigenous People in North Ameica. It is among their ancestors that the precursor to the dreamcatcher took form.

This Algonquin-language nation is divided into many bands, at least 150, that inhabit an area from western Ontario Province and Michigan to Eastern British Columbia and Montana, a larger land area covered loosely in Canada than in USA-America.

A second major Eastern Woodlands group just to the east is the Iroquois Confederacy, with which the larger Objiwe-Chippewa group fought in the War of 1812. The Iroqouis nations have no long-term tradition of dreamcatchers, some of their bands adopting the symbol as a basis for jewelry and wall hanging manufacture in the second half of the 20th Century.

Jesuit priests in upper Michigan wrote about the Objiwe-Chippewa in their text called Relation of 1640 and included their surprised observatons of tribal dream customs. discussed further below.

Frances Densmore worked with Objibwe-Chippewa in northern Minnesota and recorded their stories of the iconic spider web. A representation of the sacred spider web was made from a tender twig gathered into a rough circle, tied with sinew, and woven across the center to approximate the spider web.

Some tribal elders told her that beads and feathers were added to the icon before it was attached to the top of an infant's cradleboard and some reported that no decorations were added. Still others feel that the "white man" invented the dreamcatcher. Mr. Hungrywolf's observations are the same.

The Jesuits observed the fact that native infants in northern Michigan and Minnesota were often not named until a designated adult in the group experienced a dream that inspired a name for the newborn child.

A number of mothers hung spider-web representations at the top of cradle boards to gather and symbolically prevent bad dreams from reaching the infants.

A bit to the east, the Jesuits saw something dramatic and unrelated among the Mohawk and other Iroquois regarding dreams.

Dreams have been instrumental in fulfilling the goals and desires of one's life among Iroquois Confederation people. Iroquois dreams have been believed to be relayed messages from spirits in the other world.

The feast of a winter moon among the Iroquois, at least until the 20th Century, held a ceremony and customs that targeted making dreams come true. What a wonderful concept! Villagers were to guess a person's dream from an oblique description and then to make it come true. Compare this to the 20th Century concept of stomping on dreams, made popular in literature and music.

I heard a talk last evening in which a speaker said that if our (unpleasant) memories are bigger than our dreams, then we are held back in life. The key to success is to have dreams that are bigger than our bad memories. Langston Hughes knew something about that.

In some island cultures, the breakfast table is filled with the question What did you dream? Dreams are shared openly and cherished. Among the Iroquois for many generations, dreams were guessed in winter. See Moon Feasts and Festivals.

The men traveled away from the village to hunt for game foods each autumn in order to take the group through the harsh winters of the Midwest and Northeastern cultures of the Eastern Woodlands. The hunters returned in winter at the beginning of their New Year for the Midwinter Festival in January or February.

This might be a feast of either the Wolf, Hunter, or Cold Moon. Graymont tells us in The Most Excellent Faith, that it was a time of cleansing and renewal of individual human spirits and the home. Further, according to the Jesuits, it sounds a little like a combination of the Day of Atonement and Mardi Gras.

The Mid-Winter Festival involved stirring ashes on household fires around the entire village, often putting out old fires and starting new ones to represent cleansing.

A high point was dream guessing. Dreams often carried instructions that must be carried out or else consequences suffered, sometimes unto death. If the community did not help individuals to achieve dreams, then its members, in effect, helped to kill the dreamer. I believe this, although I also believe in an individualism that achieves dreams independently - sometimes even in spite of others. We can have both in this world, and we do.

Two Jesuits in 1656 at an Onondaga (Iroquois) Mid-Winter Festival watched as dreamers entered the longhouse or the cabins (if going house to house for three nights) with what looked like outlandish behavior to outsiders. Many, but not all, entered loudly singing, shouting, dancing, and even threatening the community should their dreams not be guessed and fulfilled. Others simply carried in a symbol of their dreams and laid it on the floor for others to recognize.

The dream-guessing actually solved problems, especially physical conditions caused by anxiety, anger, and heartbreak. To heal these conditions, a dream need be fulfilled, many times symbolically, especially if it meant retribution against a fellow village member for a wrong sustained.

In this way, bloodshed was avoided. Embarrassment or delight might be at hand, if a dreamer wished to marry another member of the village and showed an image doll of the beloved for all to see.

The Ojibwe tell the story of the origin of the Jingle Dress, because its dance appeared in a recurring dream and the dancing began in 1900. It can be seen in most pow wows today. The dream came to a man. His daughter was sick. There were four women in the dream, each wearing a jingle dress and dancing.

Each dream gave instructions for how to make the dresses, what songs go with them and how the dance is performed. The sick little girl was so moved by the dancers that she followed the women and danced in the dreams, and became well.

A spider began spinning a web beside the sleeping place of Nokomis (meaning "grandmother").

The old woman watched as the spider spun quietly every day, hurting no one. Her grandson came in and shouted and picked up a shoe to kill the spider.

"Nokomis, why do you protect the spider?"

She only smiled. The boy left and the spider went to Nokomis and thanked her for its life.

Spider said, "For many days you have watched me spin my web and admired my work. In return for saving my life, I will give you a gift." The spinning continued.

The moon rose and shone upon a beautiful silvery web wafting in the night window.

Spider said, "See how each web will snare bad dreams and hold them back. Only good dreams will get through the small hole in the center. This is my gift to you. "

For if dreams die

Life is a broken-winged bird

For when dreams go

Life is a barren field