Five Early Signs of Ovarian Cancer Every Woman Should Know

The early signs of ovarian cancer can be quite subtle. It's unfortunate that many women aren't very familiar with their reproductive system and are not aware of the symptoms suggesting problems. First off, what are the ovaries, what role do they play and where are they located?

The term ovary derives from the Latin word "ovarium" which means "egg." Women are equipped with two ovaries located on each side of the uterus. They are oval in shape and about 4 centimeters long. What's the main role of the ovaries? The ovaries as the name implies are responsible for producing and releasing eggs during ovulation, which occurs in the middle of the menstrual cycle. Only one single egg is produced and released from one ovary during the cycle, and with each cycle the ovaries usually take turns in releasing it. The ovaries are also responsible for secreting the hormones estrogen and progesterone which play a primary role in preparing the womb for implantation of a fertilized egg .Estrogen is for the most part produced before ovulation; whereas, progesterone is produced more afterward. The ovaries stop working once women reach menopause around the age of 50 and their menstrual cycle ends once and for all.

As with other body parts, the ovaries may also be affected by medical conditions. Ovarian cancer is cancer affecting the ovaries. It can affect one or both the ovaries. As with other cancers, it's caused by abnormal cells that form, multiply and eventually break off, invading other body parts. In 2012, cancer of the ovaries affected 239,000 women resulting in 152,000 deaths. According to Ovarian Cancer 101, in 2014, it is estimated that about 22.980 women will be diagnosed with ovarian cancer in the US alone, and out of them 14,270 will lose the battle. Ovarian cancer ranks in the seventh position among the most common cancers and in the eight position as one of the most common causes of cancer death. According to the Ovarian Cancer National Alliance ovarian cancer affects one in 72 women. As bad as this may sound, the good news is that when treated early, this form of cancer can be curable.

As mentioned, pre-screening tests for catching ovarian cancer in its earliest stages are quite faulty. Yet, there are some things you can do if you are predisposed to this form of cancer or if you have symptoms and your doctor thinks it's all in your head or thinks it's something else. A routine pelvic exam may sometimes turn on some alarming bells. Having an OBGYN palpate the abdomen, where the ovaries are, may reveal enlargement of the ovary in pre-menopausal women. In post-menopausal women, feeling the ovaries is a warning sign as they shouldn't be palpable. However, according to the American Cancer Society the presence of early ovarian tumors are difficult or impossible for even the most skilled examiner to feel.

Other tests include transvaginal ultrasound and CA125 blood test which are elevated in about 50 percent of women. The most definite and accurate test is a biopsy of the ovary.

The big problem with this type of cancer

In the past, it was believed that symptoms always appeared when it was too late and the cancer was at an advanced stage. However, in June 2007, the American Cancer Society, the Gynecologic Cancer Foundation and the Society of Gynecologic Oncologists agreed about the presence of early symptoms of ovarian cancer according to Medicine Net. This proved that ovarian cancer isn't a symptom-less, silent disease as previously thought, explains the Ovarian Cancer `101 website.

Life expectancy significantly increases the earlier this form of cancer is discovered. Doctors divide ovarian cancer into stages, ranging from the earliest which is from stage 1 up to stage 4 which is the most advanced. The lower the stage you are diagnosed, the longer you're likely to live and be cured. For instance, according to WebMD, stage 1 ovarian cancer sufferers, when the cancer is confined to the ovary, have a 90 percent chance of living past 5 years, stage 2 have a 60 to 70 percent chance, stage 3 have a 15 to 35 percent chance and stage 4 have only a 5 to 15 percent chance. It is estimated that only about 19% of ovarian cancer is found in the early stages according to the National Ovarian Cancer Coalition. Too bad, that often doctors bounce around ovarian cancer victims before figuring out they have this condition losing precious time. It's estimated that it takes about 6 months for women to be correctly diagnosed. 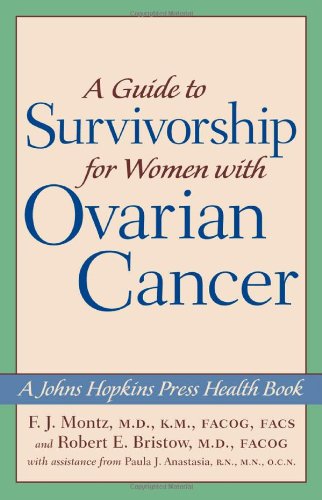 Let's take a look at some of the earliest signs and the importance of not underestimating them when discovered, especially in women predisposed to this cancer or with a family history of this condition. According to a survey conducted by the Ovarian Cancer National Alliance 89 percent of women were unaware of having ovarian cancer symptoms before getting diagnosed. However, looking back in time, 81 percent of these women realized that, yes, the symptoms did exist before getting diagnosed.

When ovarian cancer takes place, the affected ovary enlarges beyond its normal size. In a normal, pre-menopause woman, the ovaries measure about 4 to 5 centimeters, the size of an average walnut; whereas, in a post-menopause woman the ovaries shrink and become impalpable. The enlarged ovary causes problems as it starts pushing against adjacent structures. The symptoms listed below become suspicious when they are persistent, lasting more than 2-3 weeks and are unexplained. They can be possible early signs, but women should consider that these symptoms often become more evident once the cancer has already spread.

Bloating. One of the very first signs of ovarian cancer is bloating. The abdomen may appear more swollen than usual. This form of bloating in the early stages is generally not caused by the presence of a mass, but is due to the accumulation of fluid in the abdomen.This fluid accumulation occurs because cancer cells irritate the lining of the abdomen. In advanced stages though, the bloating may occur due to tumor growth. Affected women may report having trouble in fitting in their clothes or zipping their pants. The waist line increases for no apparent reason. Problem is, the bloating is often misdiagnosed for other more common conditions that cause bloating such as irritable bowel syndrome or lactose intolerance.

Abdominal pain. As the abdomen swells and the ovary enlarges, affected women will feel abdominal pain and pressure. Again, this symptom leads to doctors investigating more common causes such as irritable bowel syndrome, lactose intolerance and other digestive issues. The pain is felt in lower pelvic area, below the belly button. Some women may feel lower back pain.

Urinary changes. Women with early ovarian cancer may feel the urge to urinate more frequently. This is because the enlarged ovary may push against the bladder, something similar to what happens in pregnant women when the baby's mass pushes again the bladder. When the cancerous mass pushes against the rectum, there maybe narrow stools and constipation.

Fatigue. When ovarian cancer strikes, the immune system is triggered to fight the disease. As this happens, fatigue develops and it's quite common for sufferers to feel general malaise and a sense of unexplained tiredness.

Women who notice any of the above early symptoms for more than a few weeks should see their gynecologist. When ovarian cancer is detected at stage 1, it's 90 percent curable, explains Doctor Barbara Goff, a gynecologic oncologist at the University of Washington. According to the American Cancer Society, only about 20 percent of ovarian cancers are found at an early stage. As worrisome as a diagnosis of ovarian cancer can be, it's important for women to realize that it is important for women to remember that the above symptoms do not necessarily suggest the presence of ovarian cancer, but can be signs of some other common and harmless conditions that has the potential to produce similar symptoms.