The Dementia and Alzheimers Diet

In 1983, with doctors unable to cure me, I studied the human body and diet. Since then, food as medicine has been a strong interest.

For the past five months, I have been living in a home with someone who has dementia. I have never seen this before, and it has frightened me sufficiently for me to know that I never want to land up like that. As such, while dementia isn’t curable, it appears that there are lifestyle choices and ways to eat that lower the risk. It appears that there are three factors in getting dementia – behaviour, environment, and genes.

The ‘Mind diet’ is the result of a study conducted by the Rush Memory and Aging Project (MAP) which ran for fifteen years - from 1997 to 2013 in Chicago with the help of 923 volunteers. They were not instructed to do anything, merely to fill in questionnaires about their dietary habits. In all, 144 participants developed Alzheimers.

The list of foods determined to be the most likely to be involved in the development of this terrible condition included cheese, red meat, butter and/or margarine, pastries and sweets, as well as fried or fast foods.

The recommendation is that red meat shouldn’t be eaten more than once a week and that the rest be avoided as much as possible.

What is the Mind diet?

The diet is a combination of the Mediterranean diet and the DASH diet. The latter is a diet prescribed by doctors for various illnesses. While the Mediterranean diet will reduce the chances of developing Alzheimers by 54%, this only works if it is stuck to day and night for many, many years. The Mind diet, on the other hand, has leeway for a few 'errors,' so long as one includes the foods mentioned above. 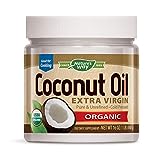 Medium Chain Fatty Acids – slowing down Alzheimers and / or dementia

Dr. Mary Newport’s husband developed Alzheimers. She found that feeding him Coconut Oil slowed down the disease and improved certain functions. In 2010, she conducted a study utilizing sixty people with the dementia. The study states that all sixty patients improved as a result of being fed extra virgin coconut oil. The oil must be fed separate from food so that it doesn’t go through the stomach but goes straight to the liver.

The hypothesis is that dementia and Alzheimers are the result of Diabetes type III, and the brain runs on sugar and insulin is no longer being produced sufficiently well in the body for the brain to be able to think. In other words, the brain is not getting any fuel. Medium chain triglycerides (MCT), however, do not need insulin to break them down, and they go straight to the brain where the brain is able to use them as fuel.

A half hour fast walk a day goes a long way to getting blood to flow, both to the brain and throughout the body. So even though the body requires substantially more exercise, that half hour per day is the least required.

If you have a sit-all-day job, then that half hour walk isn't going to cut it. You will need to compensate for the damage done to the body by being sedentary. Two or three times a week, a good hour's heavy activity will be needed. Studies now show that people who sit all day being to have health issues.

Obviously smoking, drinking in excess, piling on the caffeine and the weight, etc. are not precursors of good health. So it is up to the individual to decide what the balance will be in their own personal lives.