Arachnophobia-How to Conquer Your Fear

When I first joined Hubpages I happened on Agvulpes's Hub: Spiders and other phobias and had to read it. Why? Well, I’m a recovering arachnophobic.

“Recovering?” you may scoff...yes, recovering.

Now, don’t get me wrong, I don’t have a tarantula for a pet, although I do own an exoskeleton of one. It was a gift from a friend, but that will come a bit later in the story. And, like a recovering alcoholic who keeps an empty whiskey bottle on the shelf, as a reminder of former drinking days, my spider has a place on my desk…and NOT under the clutter of papers.

I wasn’t always afraid of spiders. Phobias are a learned behavior, after all. A traumatic event, or some anxiety, real or acquired by a caregiver, can lead to a phobic reaction. Some people who believe we are reincarnated also believe that our phobias can be acquired through a death or former life.

I recall a particular memory when I was three, (yes, it is a burden for many of the men I have dated, that I have particularly sharp memories for certain details of our relationships. But, that is ANOTHER story…), as I was playing in the sandpit behind our new home. My mother was calling me in for lunch and I looked down to find many tiny black spiders crawling on my arms and legs. They were like ants. I remember being curious about these, like I was ‘supposed’ to be afraid of them, but I knew at the time I wasn’t. I was just interested.

It was as I grew up, with two older brothers, that I became nervous. Why? Well, it could be from having these arthropods tossed at me from a distance with a, “Hey, Dee, catch the flying spider.” Or, finding them in my bed, shoes, or hanging from a string somewhere in the dark for me to walk into.

Is it any wonder, then, that I, like many phobic folks, developed a sixth sense, an intuitiveness, when I would walk into an area and ‘know’ that there was this despicable creature sitting somewhere staring at me with its beady eyes, (all eight of them), waiting to pounce on me and make my life a living …well, you get the picture.

Not wanting to pass my fear onto my children, I became a brave mother and would kill, and overkill, the little buggers as needed. Still, it wasn’t a fond task, and I was still afraid. How afraid was I? I’m glad you asked.

Irrational behavior as an indicator in phobias

Here’s one example of the extreme I would go through to avoid having one touch me: Every summer my late husband and I would take the kids canoeing. We had a favorite river and each year we would invite friends to join us, making it a great recreational activity.

One couple that joined us happened to be one of my former nursing instructors and her husband. She was a hearty, sports loving, no-frills kind of woman who was extremely down to earth and fun to be with. Not only had she been my psychiatric, clinical instructor, but she was serving as the new Director of Nursing at the psychiatric hospital I was working at. Definitely a person I wanted to maintain a good impression with.

As we floated down the river, my husband lost control of the direction of the canoe heading it straight for the shoreline, which was lined with spider laden trees. I mean, there were huge nests of them, like filmy cocoon nests, filled with the creepy crawlers. In other parts of the trees they were hanging down off the branches, busy spinning. It disgusted me to say the least, and here he was torpedoing straight for the area.

Screaming at the top of my lungs, like a banshee, I went into panic mode. As the canoe stealthily slid under the tree I did the ‘limbo’ ending up on my back, in the bottom of the boat, with a spider filled branch hanging mere inches from my nose. Needless to say, no screaming was heard at that time-a wise woman knows when to keep her mouth shut!

He, laughing of course, slowly backed the canoe out of the embankment and I immediately sat up. Realizing what a spectacle I made of myself, I attempted to act like nothing unusual happened and casually stole a look to see if anyone noticed.

Noticed they did. My boss and her husband sat in silence staring at me in disbelief. I nonchalantly offered, “I have arachnophobia”, as my husband and I continued to canoe down the river, leaving them in midstream still befuddled by my Dr. Jekyll behavior.

Here is a second example of my overreaction. In my cozy little ‘cottage size’ home, here in North Carolina, I would find huge webs covering my porch, mailbox, and porch light every morning, not to mention all of the places I cannot even reach under the eaves.

Getting the mail out was quite the feat because I could see the dark body hiding in the crack as I lifted the top of the box, and the spider, thinking it was prey, would come shooting out of its hole. Ugh!

Watching the movie, The Last Mimzy , one evening, I caught a movement out of the corner of my eye just as the scene with the spider web on the beach popped up. It was the biggest, mini tarantula I ever saw in my house. Replaying the scream scene described in the first example, I used my best opera voice to let the neighbors know there was a spider in the house.

The best thing I have found to extinguish a fear, through my own personal experience, is to learn to understand it. Curiosity is a healthy key to finding out what is underneath the fear. Of course, you have to be willing to be open to the understanding. This is what brought me out of my phobia.

Two years ago, while walking through a park, it began raining. Being aware that there were plenty of spiders running around the dead leaves, I became curious as to where they go when it rains. Remembering the old, childhood song about the itsy, bitsy spider, I learned early on that spiders and water don’t mix. I thought what a cute story that would make, and my curiosity got the better of my fear-I was hooked.

Knowing I needed some research to write the story, I solicited my partner to help me with the books. I could look the information up, in the computer, but I could not bear to reach up and remove them from the shelves. He had to do the ‘fetching and carrying’ for me, which he did. The books were all children’s science books, with oodles of big, juicy, colorful photographs of all sorts of spiders. They sat in my book bag for almost two weeks before I could even reach in to take one out.

When I finally summoned up enough chutzpah to open one up, it was comical. I would sit with a paper covering the picture and read the text. I did this until, once more, curiosity was greater than fear, and I was interested in actually seeing what I was reading about. Gradually, I learned all about the various spiders, their body parts, the variations of their habits and lifestyles, and wanted to share what I learned with my grandkids. I was so proud, excited and delighted to know so much about these arachnids.

On my next visit to Michigan, I gathered my oldest grandkids around me to share with them my new found wisdom about spiders. Their reaction? “Yeah, Grandma, we know all about that. We’ve seen that on the nature channel”. My daughter just nodded in agreement. I was the last in the family to be mesmerized about the world of spiders.

When I shared my story with a group of friends, one of the science professors at the prestigious university nearby tested my courage. On my next visit to my home state he brought me a present: it was the exoskeleton of the tarantula his colleague had in her lab. He wanted to check out if this phobia had indeed been laid to rest, or was it just talk. Apparently, I passed the test. He was duly impressed, I kept the gift, and I have made friends with the eight legged, eight eyed creepy crawlers in my part of the country. 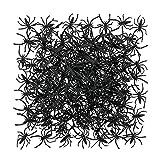