Fast Weight Loss: How To Lose 5 Pounds In 1 Week While Improving Your Health

Eating better and exercising a lot is a good way to improve my health while quickly getting rid of fat. It is also a good way to build muscle.

Ever day before supper I went for a walk along a trail beside the woods. At night I did a variety of exercises. I ran on my elliptical trainer, jumped rope, lifted weights, did push-ups, shadow boxed and played Wii sports and exercise games. I exercised as much as I could without significantly increasing the recovery time. If I pushed myself too much I would not be able to exercise very much the next day. I exercised both my arms and my legs so I could exercise more.

If my leg muscle became too sore I switched to my arms. When I did not feel like doing any more cardio I did some weight lifting. Instead of planning the exercises ahead of time I did what I felt my body could handle based on how my muscles felt. I don't believe in making a plan and ignoring what your body is telling you but I do believe in thinking about the time it will take the muscles to recover.

On the weekend I road my bicycle to the beach and back. It was over 12 miles away. While I was at the beach I did a lot of walking on the sand and in the water. The water was too cold to swim in it. During those 2 days I probably burned as many calories as I did in the other 5 days of the week. It took two full afternoons but it got me a lot closer to my goal and I enjoyed doing it.

Everyone is different so I would not expect other people to copy me exactly. That is why I did not go into detail. It does not matter if you are in great shape or if you are out of shape. The exercises should be difficult. Just become a lot more active than you are now so you burn more calories.

I could not lose all the weight I wanted just by exercising. So I reduced the number of calories I was consuming. I drank water instead of drinks that contained calories. At night I skipped dessert or had very small portions. I did not eat or drink less but I consumed fewer calories by reducing the junk foods and drinks. That meant eating a bit more supper because I was going to eat less dessert.

While I could have tried eating less it would have prevented me from exercising. So I just focused on reducing the junk. If you have a habit of overeating then you should try to eat less.

After working out a lot and consuming less junk I lost a little over 5 pounds in 1 week. The circumference of my stomach was reduced by 2 1/8 inches. The sense of accomplishment was nice and it kept me busy so I did not get bored. It was easy to tell that I made a lot of progress and I did enjoy exercising some of the time. However the extra exercise I needed to do took a lot of the enjoyment out of it.

If I tried this every week I would probably burn myself out mentally and physically. So I would not recommend you try to lose 5 pounds every week. Trying to lose weight quickly can make the diet and exercise feel more like torture and after all that work people may not notice the difference. Losing 5 pounds will probably not make a big difference to your appearance.

The routine required to lose weight quickly can not be maintained. At some point you are going to need to stop. I did not want to do it anymore after one week. There is no point in torturing yourself and then taking a week or more off because you will gain the weight back. If you want to keep it off you need to switch to maintaining your weight or a slower less intense weight loss routine. The problem a lot of people have is they go from losing weight to gaining it back.

Continue to watch what you eat and stay active. 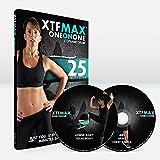