Sofs is a health professional who is keen on natural foods and healthy living. She has written articles on the subject for many years now.

Fenugreek is a spice and a herb which is quite popular in the Asian kitchens. Fenugreek gets it name from the Latin root Foenum Graecum or Greek Hay. Fenugreek belongs to the family fabaceae and it is an annual crop. Although its is grown widely through various parts of Asia and the Middle East, its real origins have been widely debated. Fenugreek however, has been considered to have originated in Iraq. Evidence that this spice has been in use for millions of years comes form the fact that it was found in the sarcophagus of Egyptian king Tut. Fenugreek seeds are ochre colored, small and hard.The plant or the herb looks like wild clover. Fenugreek is well known for its medicinal value and is a part of the Indian kitchen pharmacy. When rightly used this spice could add loads of flavor and nutrition to food, however, it could make food taste bitter and unpalatable if used in excess. The clover like leaves are also used in various curries across the eastern parts of the world. The use of fenugreek seeds in diabetes is well documented.

Fenugreek is rich in potassium, phosphorus, magnesium and calcium. It is also rich in iron and sodium with small amount of copper, zinc, selenium and manganese
Fenugreek is also known to have a good deal of Vitamin C, some amount of Vitamin A, B6, thiamin, riboflavin, niacin and folate. It is no wonder that fenugreek is considered a great health food as it is rich in many vital vitamins and minerals essential nutrients for optimum health.

How Fenugreek is Used in Cooking

It is not only a spice but it serves as a dark green super food. Fenugreek seeds are used in pickles and curries, masala or curry powders. Fenugreek has a bitter taste and so it would be wise to use it in small quantities. Kasoori methi or dried fenugreek leaves are another way of using this herb. The leaves are dried and preserved and used throughout the year in curries and rotis or flat bread. They add much needed fiber and nutrition to the bread, this is an easy way of making children eat green leafy vegetables which they generally dislike. The seeds and the leaves are well known for their medicinal uses. T

A study conducted by Kochhar and Nagi M found that I-2 grams of a powdered fenugreek seed mixed with other herbs significantly reduced the fasting as well as the postprandial glucose level of the diabetic patients.

Another study found that fenugreek powder/meal mixed with whole wheat flour and baked into bread also was equally effective.

Other studies also suggests that fenugreek brings about a 10% reduction in blood sugar levels at an average. The high fiber content in fenugreek along with its ability to enhance insulin sensitivity is said to be the reason for its effectiveness.

Bodybuilding supplements which are a craze today have a significant amount of fenugreek supplements added in them. Many studies support the claim that fenugreek has testosterone boosting powers.

A study conducted in 2011 concluded that fenugreek supplements helped increase male libido. The study conducted on men from the age group of 25-60 showed that those who took the supplements (28%) claimed to have better sex drive or desire compared to those on placebo. 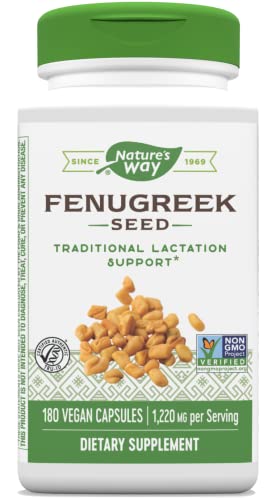 Other Health Benefits of Fenugreek

How to Make Fenugreek Tea

Take two teaspoons of Fenugreek seeds and roast them lightly in a pan on moderate heat. Just as the flavor rises switch off the heat and add them to two cups of water. Bring it to a boil and leave on low heat for 4-5 minutes. Drink it hot or cold.

You could also soak the seeds overnight and add it to boiling water. Strain and drink your tea.

You can make flavorful curried potatoes that are not only tasty but also healthy. To Take a teaspoon of oil in a pan, add a teaspoon of cumin seeds into it and let it splutter. Add finely chopped onions and let it soften. Add two cups of diced potatoes and sauté it for a few minutes add some salt and water and let it cook. When it is done add a pinch of turmeric, chilly flakes or chili powder, corriander powder and a bunch of fresh cleaned washed fenugreek leaves or a hand full of dried leaves into the pan, toss it around until the heavenly flavor of the fenugreek tempts you. Season with salt. Add half a teaspoon of Gharam Masala for extra flavor. Eat it with flat bread or rice.

You can make a mouth watering curry with cottage cheese and fenugreek leaves. Saute a couple of finely chopped onions in a pan, add a couple of diced tomatoes and sauté until mushy. When the onions and tomatoes are cooled blend them in a blender with some chilly flakes, coriander powder added to it. In another pan add a tablespoon of butter or clarified butter, add a teaspoon of cumin seeds and when it splutters, add one teaspoon of grated ginger,and two cups of cubed paneer (2cm) or cottage cheese to the pan, and saute for a couple of minutes (and not more as the cottage cheese becomes leathery) . Add the blended paste into the pan and let it bubble free for a few minutes, now add the fenugreek leaves a bunch of cleaned fresh leaves or a handful of dried leaves for another minute before you take it of the heat. Add salt to taste and your paneer methi masala is ready to be served with rotis naans or rice.

Let food be your medicine and eat your way to health and wellness. Remember that even the good things in life need to be consumed in moderation. There are some documented side effects of fenugreek. One of the most important ones is consuming fenugreek during pregnancy, this could result in miscarriage or premature birth. .

I personally believe that natural foods consumed in moderation cannot be dangerous. However, when we take supplements we take them in high doses and we need to be extremely cautious. Another word of caution, since fenugreek belongs to the same family as peanuts, some people may have an allergy reaction to the spice, so its good to be cautious.