Fibrosis in and of itself is not a medical condition, but rather a symptom of a number of different serious illnesses.

Fibrosis is defined as an excessive amount of scar tissue in the body, or when scar tissue forms at a faster rate than normal. Typically, the tissue affected is fibrous connective tissue, hence the term fibrosis.

Fibrosis forms as a reaction to illness or injury (usually surgery) or because of genetic mutations, as is the case with the condition cystic fibrosis.

Fibrosis that arises from a single line of cells is called a fibroma.

Most conditions where excessiver scar tissue is a symptom can be fatal if left untreated, including illnesses like Chron's Disease, pulmonary fibrosis, and cirrhosis of the liver. Other conditions, such as arthofibrosis, can be treated and managed through physical therapy and medication treatment.

The two most common types of fibrosis are pulmonary fibrosis, a lung disease, and cystic fibrosis, a disease that impacts the mucus glands.

With Every Breath: Stories by People Living with Cystic Fibrosis 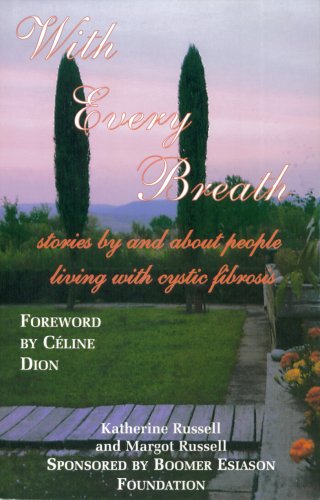 With Every Breath: stories by and about people living with cystic fibrosis
Buy Now

How Fibrosis Effects the Body

Fibrosis is like an expedited scarring process, but with people who have conditions that include fibrosis, the scarring is excessive and the body doesn't know when to stop creating connective tissue around the affected area.

In those with illnesses where excessive scar tissue occurs, cells known as macrophages interact with damaged tissue releasing something known as TGF beta. This secretion leads to the formation of more connective tissue, which makes the problem just continue to grow, literally.

Physiologically, TGF beta acts to deposit connective tissue, but at times it is not needed. This can obliterate the healthy tissue that has formed in an attempt to heal the organs near where the scar tissue is building up.

Over time, the scar tissue builds up and hardens, impacting a person's mobility, ability to breathe, pump blood through the heart properly, digest food and more.

Pulmonary fibrosis is a serious lung condition. When someone has pulmonary fibrosis, lung tissue becomes stiff and scarred. Over time (usually not much time) the tissue builds up and impacts the person's ability to breathe.

The cause of pulmonary fibrosis is not known, there is no cure for the condition, and the progression of the disease varies greatly from person to person.

Pulmonary fibrosis is a chronic and fatal illness. Although surgery can be performed to remove some of the tissue, there is no way to keep the tissue from continuing to build up. Typically, those diagnosed with pulmonary fibrosis are estimated to live only one to three years after being diagnosed.

Cystic fibrosis is a genetic illness that causes excessive scar tissue to build up in the lungs, pancreas and/or the small intestines. In order to have this cystic fibrosis, both of your parents must be carriers of the mutated gene linked to CF. Unfortunately, most carriers are not aware of the gene mutation, which is why cystic fibrosis can be difficult to diagnose.

Cystic fibrosis is chronic and progressive - currently there is no cure for CF. Over time, breathing becomes difficult, scar tissue blocks the pancreas and digestion becomes disrupted. Although research has come far to help those with CF, much is still unknown about the disease.

Typically associated with alcoholism, cirrhosis is a life-threatening liver condition where scar tissue builds up inside the organ and causes the liver to stop functioning properly. Causes of cirrhosis besides excessive alcohol consumption include hepatitis, Wilson's disease, hemochromatosis and long term arsenic exposure.

A liver affected by fibrosis causes interferance in the way the body absorbs nutrients, interupts the body's disposal of waste and impacts the blood sugar negatively. Cirrhosis is a fatal disease.

Greek for "hard skin", scleroderma is an autoimmune disease that involves fibrosis that thickens the connective tissue of the skin.

The condition of scleroderma comes in many variations, but all forms of the disease are currently unknown. There is also no cure for scleroderma, but there are treatment options to help improve the lives of those suffering, such as medication management and surgery.

Those diagnosed with scleroderma in the form of local systemic sclerosis only suffer from a mild case, where the condition sticks to certain parts of the skin.

Others suffer from progressive systemic sclerosis, a severe form of scleroderma, where not only is the skin affected by the fibrosis, but internal organs are disrupted as well.

Breathing Should Never Be Hard Work: One Man's Journey with Idiopathic Pulmonary Fibrosis 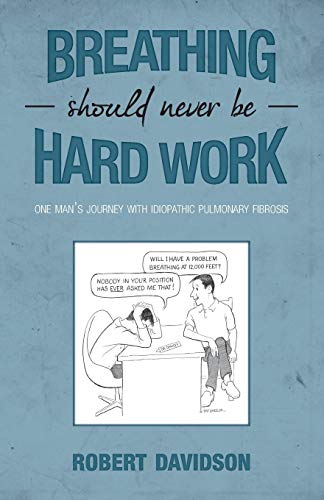 Progressive massive fibrosis (PMF) is a respitory condition that most commonly affects people who work in conditions where the air is not clean, such as coal mining.

Much is still unknown about PMF, but what doctors do know is that the condition is caused by inhaling silica or dust which causes deposits in the lung(s). PMF attacks the upper part of the lung and causes build-up of tissue inside the organ, impacting a person's ability to breathe.

Although PMF progresses slowly, there is no known cure and the only way to slow down the disease is through surgery or lung transplant.

Arthrofibrosis in the Knee

Arthrofibrosis is a condition that occurs after knee surgery. It doesn't always occur after surgery, but this particular condition is always a result of surgery and is localized to just the knee.

The most common surgical procedure that is known to cause arthrofibrosis is Anterior Cruciate Ligament repair.

Orthopedic surgeries can treat and potentially cure arthrofibrosis, sometimes however, the condition is chronic.

Treating arthrofibrosis includes physical therapy, medication management, and exercise to help break up the scar tissue that has built up in the knee.

Were you aware of the condition of fibrosis before reading this article?

Ways to manage Chrohn's Disease include following a diet that is easy to digest, avoiding alcohol and cigarettes, exercising and taking medication. When a person suffers from Crohn's, their body struggles to fight off infections, so it is important to stay as healthy as possible.

Also known as Loefflers Disease, endomyocardial fibrosis is a progressive and fatal condition that causes the chambers inside the heart to constrict. There is little that can be done for people with endomyocardial fibrosis short of a heart transplant. Because the cause is unknown though, it is unsure whether or not the condition will resurface even after a transplant, which is why people with this illness are not considered good candidates for an organ transplant.