How to: Fitness Over 50 Work Out - My Sledgehammer Workout Routine

Exercising With a Sledgehammer

Exercise With The Sledgehammer Workout

In this part, we're going to focus strictly on the exercises.  Below will be video of each one, with any description, suggestions, or safety issues pertinent to it.

As a brief recap, I've spent the last 3 months working out using only a sledgehammer, or a pair of 4-pound hammers near the end of the three months.  There are a lot of claims that it's a great full-body exercise, and I wanted to see for myself.  You can see from the pictures to the right my before and after shots.  Personally, I'm pretty happy with the "after!"

From the First Workout... To the Current Workout:

When I first started, it was after a 9-month time of not exercising. So, my first workout looked something like this:

Yes, that was it. Pretty pathetic. After 3 months, my workout now takes about 40 minutes, and goes like this:

For bonus work, I'll run up and down the stairs with the 4-pound hammers, and while I'm catching my breath, toss them so the handle spins around and back into my hand, alternating hands.  I'll also jump flat-footed from the deck into the shed.

Sorry I don't have cool names for these. I thought about Thor's Hammer for the overhead circling motion, but that felt pretentious. Decided to just keep it simple.

Don't know what the exercises are? There are videos below for each:

Some Variety if Sledgehammers aren't your thing 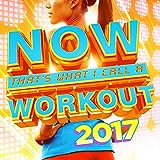 1st - Round the Tire

Start with a Warmup move

Mainly a warmup move.  Hit the tire clockwise - top, right, bottom, left.  At the same time, move your right foot in the same pattern.  It changes the angle your muscles work at, and helps coordination also.  After doing your first set, reverse your hand grip, hit the tire counter-clockwise, and move your left foot instead of your right.  Keeps things even.

Keep the wrists and elbows flexible. On impact, your elbows should be bent slightly. Don't hyperextend, that's a good way to pull a muscle or hurt a joint.

Let momentum be your friend. Don't try to 'power' the hammer when it hits. Just worry about speed and proper form. You'll get a good hit, and have almost no impact shock.

The tire tends to "walk" as it gets hit. For this exercise, every time I hit the top of the tire, my foot wedges at the bottom, and the impact makes it bounce back into place. That's a lot easier than crabwalking after the tire all over the deck!

Safety: No persons or pets, or breakables nearby. Be careful not to keep going if your grip weakens. Aim carefully and deliberately. Go slow until you've gotten used to it. It's hard for me to judge the difficulty of being safe, because I spent years as a teen using an axe and a sledgehammer, and my previous experience may still be somewhere deep down. So I'm not sure if I'm truly starting from scratch, or if experience from decades ago is helping me use it safely now.

Second - Work from an Angle

A simple sideways strike.  The tire moves, I tend to follow it in a semicircle.  No big deal, just trying to work the obliques and lats a lot here.

Safety: When doing this, and other exercises that twist the spine, don't twist more than necessary. Turn from the shoulders, through the entire spine, and with the hips and legs as well. Too much torque on the lower spine may feel good for the moment, but later it really hurts!

Use leverage to control the hammer. Keep your grip slightly spaced apart.  Swing it straight up over your head and behind.  From there, bring it forward in a large arc to hit the tire.  Tighten up your core as you swing. You should be flexing from the elbows, shoulders, and knees. Don't arch your back at the waist. Be careful not to flex backward, but to let your knees carry the weight, especially when the hammer goes overhead and behind. Control the motion so it doesn't actually hit your back!

Stand a bit sideways to the tire. With both hands high on the handle, swing a complete 360 degree circle to hit the tire. On the bounce, start the move over. I do 20 on one side, then reverse my stance, keep the same grip, and do 20 the other way. For the next set, switch your grip on the handle, and do another 20/20. (20 is an arbitrary number- use any amount you're comfortable with, just keep the work even for all muscles.)

Safety: Be careful to keep your toes pointed exactly the same as the direction your knees are flexing. I'm flat-footed, and tend to misalign a bit. If they don't stay aligned, it can hurt the knee joint. For any compound move where you shift more than one way (like changing your stance in mid-swing) learn it first in simple stages. Don't try the compound move until you've learned it in pieces.

This move is the same as the 2-handed 360s, but done with one hand.  I switch hands every 10, until I've done 30 total with each hand.  Not complicated, just take your time and be careful.  Use momentum to help, and start each following move on the bounce.

Okay, I admit- I love comic books, including Thor.  This move is a favorite because, face it, it just feels cool to swing the hammer like Thor.  Grip with both hands, swing over your head and around your body in a full circle.  I like to do 15 in one direction, reverse direction for 15, then switch grips and do another 15/15.

(Note:  When I say switch grips, it just means to reverse the hands.  If you're holding the handle left hand highest, then put your right hand highest.  That way both hands work equally, without either being favored.)

Even cooler than the last move, because it's the same, but with one hand! I'll spin it overhead 10 times, change hands, then change hands and direction, and do another 10/10.

Safety - Keep a good grip, don't throw the hammer!  Be careful how you flex the shoulders and elbows.  You want to keep the move controlled.  If it's straining your rotator cuff or elbows too much, it's probably too heavy for now.

Eighth - Pass it 'round

Pass the hammer around your body from hand to hand. I have a tendency to get 'tennis elbow', so here's the technique I use to keep my elbows safe: If you start right handed, arc it to the right, and around your back. Alternate bending the knees. It keeps up the momentum, and helps you put the sledgehammer where the other hand can catch it. Keep your grip until the hammer begins to spin around your left hip from behind. With the left hand, grab the handle lower down, closer to the middle. Carry it in front of your body, back to the right hand, and repeat.

This technique protects the 'catching' arm from being yanked harshly. When you've complete the set, reverse everything as shown in the video. It sounds more complicated than it is.

Safety: Be careful about speed. It's fun to really get cranking, but make sure you can get a good grip. Don't want it sailing across the yard!

This exercise came about by a fluke. My workout was done, but I still wanted to do some more. I like the one-handed 360's, but wanted something a little different. Alternating hands and stance with every hit takes concentration, coordination, and endurance. Changes the emphasis from just a one-hand 360.  More about endurance than strength, I try to get around 30 swings with each hand.

The first hammer was an 8-pounder. I was badly out of shape, and it took me 2 months to outgrow it. The next one was a 10-pound sledgehammer. At first, it felt very heavy. After the remaining month, it wasn't challenging me enough any more.

One last word about Safety: If you're not careful, you can totally destroy yourself with one misplaced swing of the hammer. As a teen, I discovered that cutting trees after a rain can cause the axe to slip. It shot right through where I meant it to go, and hit my shin. Hard enough to knock my leg out from under me. I couldn't stop it, but I twisted the handle so it hit me on the flat of the axehead. Nursed a huge bruise for a week or two, but was lucky not to have a more serious wound. I'm trying to say, be careful. That's a lot of weight, moving pretty fast. If you miss, make sure your leg (or other body parts) are not in the line of fire!

Be careful about overheating.  Take breaks as needed, and keep something chill to drink.  I take sips between each separate exercise to stay cool.

The Sledgehammer workout is the least damaging to my joints and body of any workout I've ever done. And something I didn't plan for, it turns out to be the best therapy workout for the pre-existing injuries in my back and arm that I could ask for.  I guess because there's really no impact on ME, just on the tire. At least, when I do it right!

There's been a noticeable improvement in my coordination. I'm breathing better since I started this. Sleeping better. I'm beginning to feel better overall, more energy, more sure of myself.

After my three-month trial run of the sledgehammer workout, I think I'll keep it. It's fun, I like the results. Might modify it over time, but that's fine. Fitness is a constant state of change. (That's either very deep, or just dumb, but I like the way it sounds.)

Try it - you may wind up liking it too!