Fibromyalgia symptoms can be overwhelming and even many physicians admit current medical treatments fall short. There are many expensive alternative supplements on the market, but many seem like snake oil designed to take advantage of patients' desperation for relief.

If, like so many other fibro patients, you've tried both expensive prescriptions and fancy designer supplements but continued to be disappointed with the results, it might be time to take a closer look at some basic herbs andminerals that can help some of the specific and most common symptoms of fibromyalgia. 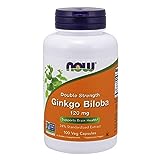 One common complaint of fibromyalgia sufferers is what is commonly called "fibro fog." Although fatigue and body pain are the most commonly discussed symptoms, News Medical reports that about 50% of fibromyalgia patients report mental effects such as confusion and loss of memory.

Many patients report this feels like being in a mental fog. This can affect your mind in many ways from inability to focus and forgetfulness to more serious cognitive function.

One supplement known to boost cognitive performance is ginkgo biloba. This herb has been studied often, and different studies have produced different results. However, many fibromyalgia patients, including myself, have found that it helps break through the curtain of fog that fibromyalgia can place us under.

The Mayo Clinc says that there is good scientific evidence for the use of ginkgo biloba for "cerebral insufficiency (insufficient blood flow to the brain)." Low blood flow to the brain can cause many of the same symptoms that fibromyalgia patients mention, such as foggy thinking, fatigue, memory loss, lack of focus, etc. By increasing blood flow, ginkgo biloba helps boost oxygen in the brain, which can improve some of those mental symptoms

For this reason, the University of Maryland Medical Center calls ginkgo a "brain herb." Its ability to help the mind focus has caused it to be used as an alternative treatment for mild ADHD. But, that focusing effect is quite useful for lifting fibro fog.

Both websites also mention that some studies have found ginkgo helps slow the advancement of Alzheimer's disease. While more research is needed on that one, it seems clear that this herb certainly contains a mild power punch to the brain. And, that's exactly what fibro fog sufferers need!

Magnesium for Muscle Pain and Tension

Perhaps the most well known symptom of fibromyalgia is chronic widespread body pain. Along with a general flu-like achiness, muscle tension can creep in and exacerbate muscular pain.

WebMD explains the important role that magnesium plays in the body, and that it has a role in the treatment of many diseases, including both fibromyalgia and chronic fatigue. Magnesium is crucial for many body functions including bone health, muscle and nerve function.

Fibromyalgia is considered a musculoskeletal disorder, meaning it affects bones, muscles, and nerves. Therefore, a nutrient that is crucial to the function of all these three areas, such as magnesium, can be a key component in a holistic approach to treating fibromyalgia naturally.

Psychology Today reports that magnesium is a mineral that our ancestors would have had in ready supply in our diets, but that many of us today are lacking. This can be due to poor dietary choices, but even those who make an effort to eat well can be undermined by factors like soil depletion limiting the minerals found in our crops.

Another article by the same medical doctor explains that early studies demonstrate a promising affect that magnesium treatment has shown on fibromyalgia patients. This article discusses the issue of sleep deprivation impacting fibromyalgia symptoms.

Interestingly, another researcher at MIT has discussed the fact that sleep deprivation (a common symptom of fibromyalgia) can further reduce magnesium in the body. So it seems that there may be a vicious cycle at work in the bodies of fibromyalgia patients. They may begin with a magnesium deficiency, but the sleep problems that often accompany the disorder may very well be exacerbating their body's lack of magnesium.

To increase magnesium levels in the body, you can certain try to eat more foods that are high in magnesium. To ensure you're getting enough regardless of what you eat, try a magnesium supplement.

However, if you do take a supplement, be forewarned that magnesium can act as a diuretic and cause diarrhea. Keep anti-diarrhea tablets on hand while you find a magnesium dosage that works for you. Since fibro patients suffer from low energy, and since iron supplements tend to have the opposite effect and cause constipation, you might also try taking an iron supplement with the magnesium and see if energy levels and muscular pain improve.

Chronic pain and fatigue, frankly, is depressing. It can be difficult to feel upbeat when you're tired and achy all the time. However, there is a another connection between depression and fibromyalgia; both are linked to low serotonin levels.

Dr. Emily Deans mentions in the Psychology Today article linked above that, like some other researchers, she thinks that "fibromyalgia is a variant of depressive disorders that is mediated by a poorly regulated stress response combined with broken sleep, oxidative stress, and inflammation." This theory means that fibromyalgia may be a form of depression, and therefore alleviated by some treatments for depression. This is why fibromyalgia is often treated with certain antidepressants. 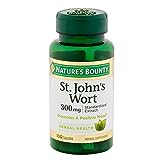 Saint John's Wort is well known for its natural antidepressant properties. It works so well that it is one of the most commonly prescribed remedies in some countries, including Germany. It is known to regulate brain chemistry, including serotonin levels, making it effective for both depression and fibromyalgia.

However, St. John's Wort may be great for fibro patients for another reason that is less well known. According to a 2009 medical study, Saint John's Wort actually has anti-inflammatory properties. This means that this herb has a dual benefit for fibromyalgia sufferers; it increases serotonin and fights inflammation.

Although St. John's Wort is a highly recommended natural treatment for fibromyalgia, it is important to mention that it can interact with other medications. Always check with your doctor or pharmacist for drug interactions if you are taking other medications.

A Balanced Approach To Fibromyalgia Treatment

The frustrating truth is that modern medicine still has a lot to learn about fibromyalgia. This can make treatment difficult for both physicians and patients.

To compound matters, individual fibro patients respond differently. Most doctors will work with patients to try different treatments and see what the individual patient responds to.

What all experts agree on is that nutrition, exercise, and rest are crucial to treat fibromyalgia. Addressing individual symptoms such as fibro fog, muscle pain, and depression can also significantly improve quality of life for fibromyalgia sufferers.