What Are The Bacteria/Microorganisms Found In Food Poisoning

Where are bacteria found?

Bacteria are microorganisms that exist everywhere. They are present in the air, on the ground, on humans, on animals, on food and water.

Foods that are raw like red meat, poultry, shellfish and vegetables all have bacteria. Humans carry bacteria on the inside and outside of their bodies.

All animals, insects, birds, pets and pests have harmful bacteria on their bodies, saliva and their droppings.

Bacteria grow best when the conditions are right, like when the temperature is warm, there is moisture, there is oxygen and there is food to feed the bacteria. If all these conditions exist, the food poisoning bacteria in contaminated food will grow very rapidly. Within several hours, bacteria can multiply to over millions of them. This will certainly bring food poisoning to a dangerous level.

Click on the link in the table of contents below to go to the following sections.

The salmonella bacteria are found in intestines of humans, animals, pests, flies and birds.

Salmonella causes food poisoning with symptoms like nausea, vomiting, stomach pains and diarrhoea. The symptoms generally occur between 6 to 48 hours after consuming contaminated food. Salmonella poisoning can be fatal to the very young, the sick or elderly.

Contaminated dairy products, cream based and baked foods carry these bacteria. Normal cooking does not destroy the toxin of the bacteria in the food.

Symptoms of food poisoning caused by staphylococcus are vomiting, nausea and diarrhoea. These symptoms occur within 2 to 4 hours after consuming contaminated food.

E. Coli bacteria are found in manure and soil. The bacteria can be passed from one person to another and also found in undercooked food like ground beef, vegetables and unpasteurised fruit juices.

Food contaminated with E. Coli will cause stomach pain, cramps, vomiting and diarrhoea for several days.

Food poisoning caused by listeria monocytogenes can be fatal to those affected. It can cause miscarriage or stillbirth in pregnant women.

Vibrio parahaemolyticus is found in contaminated coastal and inlet waters. Seafood and shellfish harvested from contaminated waters carry these bacteria.

These bacteria cause diarrhoea and nausea which occurs within 9 to 15 hours.

The bacillus cereus bacteria are found in cereals and rice. Foods like rice dishes and vanilla custards become contaminated when spores from these bacteria are present and start to multiply rapidly.

Food poisoning occurs after a person consumes contaminated rice dishes. The toxin in the rice causes vomiting and stomach pain within 2 to 7 hours. For cereal products, symptoms occur after 12 hours.

Campylobacter bacteria are found in animals and poultry. Foods that are commonly contaminated with these bacteria are milk products, poultry, meat, seafoods and oysters harvested from polluted waters.

What are the effects of food poisoning?

Every year there are over 5 million cases of reported food poisoning in Australia. For some people food poisoning is treated as a serious case and it can have a tremendous effect on their health. In very rare cases, some resulted in death. 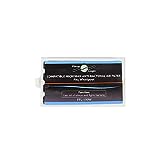