13 Foods That Turn Toxic When Eaten as Leftovers and Reheated in the Microwave!

A registered Physiotherapist and an adept dietician. I love to write about health, food and nutrition.

Leftovers are a lifesaver when you are tired and don’t feel like cooking or just in the course of sudden hunger pangs during any odd hours of the day. But wait, have you ever wondered whether the foods you are using as leftovers or are reheating, are safe to eat or not? Some everyday foods that we consume on a day to day basis may not be safe to eat after being reheated as they tend to lose their nutritional value or may become toxic to consume. Yes, that is true.

Today, everyone, including the younger generation, can’t even imagine cooking, having a life without the microwave. Whatever you want to reheat, just pop into it and it’s done within a few seconds; no mess of utensils or time and energy. We can’t imagine a life without it today; whether we are in a rush or not, or whether we are feeling lethargic, a microwave is always of great use in the kitchen. We all know never to put foils or plastics in the microwave, however, we don’t know what foods not to pop into the microwave, else they might turn toxic. Due to our busy schedules, we reheat the foods to save some time, however, reheated food often becomes carcinogenic (cancer-causing) and ends up poisoning the body.

Eating leftovers can be a healthy and cost-effective way to make the most of your cooking and food, however, there are some foods that can be dangerous to reheat, especially if these weren’t stored in the right way beforehand. Shockingly, these foods are the items that we prepare and consume every single day. For many of these foods, it’s not just the microwave that has the problem, it’s the changes in the temperature in which you leave them and then reheat it. Next time you want to eat what’s in the fridge, you might have to be careful and never reheat the following foods in the microwave, as they could be harmful to your health –

Rice, really? It is the most common leftover food in our kitchen and most commonly reheated. In the case of rice (either brown or white), the way it is stored can lead to various health hazards. Raw, uncooked rice contains bacteria (Bacillus cereus). Heat kills these bacterias, however, it might produce spores in the cooked rice, which if left at room temperature, might automatically lead to its multiplication and may produce toxins leading to diarrhoea and in extreme cases, may cause lead poisoning due to the humidity at the room temperature. According to NHS (National Health Service), if the cooked rice is left standing at room temperature, it can contain spores of bacteria, which can multiply and lead to food poisoning. Microwaving won’t kill the bacteria since it is heat resistant, so it is best to eat your bowl of rice in one sitting as soon as it is cooked without letting it sit around for hours and hours at room temperature; however, like most foods, if you refrigerate your rice immediately after cooking it, it’ll be safer to reheat it later.

Spinach and other green leafy vegetables should be avoided to reheat since these are rich in nitrates and prove to be carcinogenic when reheated. Popeye’s favourite food is undoubtedly extremely nutritious, however, if reheated, it might prove toxic to health. Green leafy vegetables like spinach are rich in nitrates and iron. As per European Food Information Council, if reheated these nitrates get converted into nitrites and nitrosamines, which are cancerous to health and affect body’s ability to carry and supply oxygen and since spinach contains a high amount of iron, heating and then reheating the spinach may oxidize the iron present in it. Oxidation of iron causes and generates free radicals which are notorious in causing several diseases including cancer and infertility. The best thing you can do is to consume these just after cooking or steaming or just cool it quickly and keep it below five degrees Celsius to prevent nitrite production.

Potatoes are a staple and the easiest to store and reheat and consume, they are a rich source of potassium, vitamin B6 and vitamin C, however, they can prove to be a great health hazard. The issue with reheating the potatoes isn’t actually the process of warming or heating them in the microwave; if the cooked potatoes are left at room temperature, it may lead to the formation of the bacteria that leads to the disease Botulism, which is made more likely and faster if the potatoes are wrapped tightly in a foil. Hence, potatoes can lead to food poisoning if left at the room temperature and then reheated, because reheating doesn’t always get the potatoes hot enough to kill those bacterias even if the dish seems piping hot, so it is best to refrigerate the potatoes after cooking if you do not intend to consume those immediately. Reheating them after they have been cooled in the refrigerator will help avoid all these issues.

Remember the golden rule of reheating the foods – never reheat the high-protein foods. Mushrooms are the powerhouse of proteins and have generous amounts of other minerals and by reheating them you break these proteins further, their structure changes which put the digestive system at risk and lead to severe heart problems. Apart from that, reheating them generates several toxins which contain oxidized nitrogen and other toxins. Yet, if you are keen on storing and consuming the mushrooms for the next day, make sure you have these cold. Moreover, bacteria can grow on mushrooms if they are left at room temperature, hence, it is best to put these away in the fridge to avoid these hazards.

Beetroots, just like spinach are rich in Nitrates and undergo the same chemical conversion into nitrites, which are cancer-causing in nature. Hence, it is best to never reheat the beetroots and consume them cold if there are any leftovers.

Turnips are used in making soups and curries, are again nitrate-rich just like spinach and beetroots. The good thing is beetroots and turnips are delicious even when cold, so you can consume these that way because reheating these will cause them to become toxic and may lead to stomach aches.

Celery is again nitrate-rich, hence, it can become toxic when reheated. Nitrates get converted into nitrites and when too many nitrites enter the body, they may lead to increased risk of methemoglobinemia. Methemoglobinemia is a condition wherein nitrites in the blood interact with haemoglobin and iron, making them incapable to carry oxygen whatsoever to your cells. Its complications include seizures or even death.

Have you ever tried to make kale chips in the microwave? In case you haven’t, there occurs a spark when you try to make that which might make your microwave shut down immediately. As per USDA, this sparking is called, “arcing.” This happens when you put metals in the microwave. However, with vegetables like kale and carrots, it is the minerals in the soil in which they are grown which may a slight spark. So, if you catch it quickly, it won’t damage your microwave or leave your food completely inedible, however, if not done so, it might make your food carcinogenic.

If you were hoping to pop in some grapes into the microwave in the hope of making some raisins, sorry, you are making something extremely inedible. You would make plasma and not raisins. In 2014, the physicist Stephen Bosi, PhD, at the University of New England showed how you could make plasma out of grapes in the microwave, which was enough to melt a hole through a plastic container, which is extremely hazardous to health along with it ruining your microwave, as the unabsorbed radiation might cause damage to it or otherwise if the microwave isn’t run empty, then obviously, it would be absorbed in the food, producing toxic foods. Now, plasma might not be produced from other fruits, however, you could still be left with a mess, since the whole fruit traps steam under its flesh, which could make it burst while it’s getting heated.

Different oils have levels of heat that they can withstand, called the smoking point, when heated beyond that, oils produce toxic fumes and substances called free radicals, which cause cancer. Moreover, oil lacks the polarity of water which makes the oil dangerous to be microwaved. You should heat the oil at low flame which causes it to release less smoke. In case, you reheat the previously heated oil, it is likely to create the toxic fumes and the free radicals. Cold-pressed oils are no different. Grapeseed oil, flaxseed oil, avocado oil, walnut oil, hazelnut oil have very low smoking points and rich in omega-3 fatty acid, flaxseed oil, olive oil and canola oil are very sensitive to temperature, if you heat them at high temperature, these fatty acids break and become rancid, and when you reheat them, they become toxic. Hence, never heat cold-pressed oils before consumption and do not use those for cooking or frying. Rather, drizzle them over your meals at the end of cooking to enhance the taste.

Since different oils have different tolerance to heat, it is in your best interest not to reheat the foods in the microwave that are deep-fried, since if you heat them past a safe level, they could let the oil produce smoke which is known as toxic fumes and produce dangerous toxins. If you want to reheat it, it is best to cook in on low temperature for a few minutes before it could produce any toxic fumes.

Buffet dishes are never fresh. They are left out at room temperature for hours and are breeding grounds for several microorganisms. According to the FDA, bacteria multiply quickly on non-refrigerated food. All this means, bacteria on the buffet foods could already be present on unsafe levels and could prove hazardous if reheated. If you are hosting a buffet party, discard any perishables that are lying outside at room temperature for more than two hours in cold weather and an hour in warm weather.

Avoid reheating any breast milk or baby food in the microwave, since microwave heats milk and food unevenly which can create “hot spots” that can severely burn your baby’s mouth and throat according to FDA. Besides, if you are reheating that in the plastic bottle, there is a carcinogen hazard that comes with the same. Many mothers freeze and store milk or food for later use, which is great. FDA recommends that the milk and food be thawed and reheated in a pot on the stove; it is considered as the best practice or using hot tap water. You could also warm a cup of water in the microwave and then drop the bottle of milk into it to thaw. 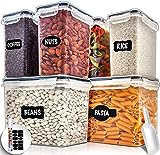 Do you reheat and use leftovers?