There is a lot of negativity in the world today. The media supplies a steady flood of it on a daily basis. Depending on where you live there is also environmental negativity. This hub is about how to be free of it.

You can free yourself

It is your right to be free and happy. You have to take control. If you live in Southern California, negativity is an epidemic. The average person on the street has anger and rage towards anybody who looks at him. Who knows what that source is. Anyone who wants to pick a fight every day with total strangers is a fool. Take a look at that for a second. There are actually people who choose to be in conflict with hundreds of total strangers every day. That says a lot about their lack of wisdom. Even in businesses there are troubled people. In a typical business transaction, not only does the clerk not greet the customers, but they take the money and don't even look at the customers nor thank them! In some cases if you greet them first, they won't say anything. If you thank them first, they will leave you hanging with silence. I could never understand why they choose to be rude to people who came to give them money. Customers can go to another store. It would be much wiser to treat customers with respect. A happy customer would return and give more money. This is a general observation. Certainly there are a few transactions where common courtesy is applied. Those negative clerks seem to be miserable and guarding their emotions. And of course by appearing rude, they receive rudeness in return. After all, the customer is the boss. This is typical Orange County, CA. I am sure that the entire country hasn't fallen to this point. Certainly other parts of the world may have. No matter what others are doing, you can be free of negativity. The first step is to stop thinking negative thoughts. That one step is the greatest freedom. Every morning you wake up with a clear mind, so there is nothing difficult about freedom. In fact, clearing your own negative thoughts is the easy part. Just become aware of the thoughts that you are thinking at the moment. If they are negative, change them. The real challenge is to have a clear mind when dealing with the negative attitudes or the emotional immaturity of others.

Freedom comes when you learn how to be unaffected by others' ignorant opinions, dishonesty, faults or bad behavior. It is much better to be realistic. The foolish behavior, bad manners and stupidity is part of the human condition. It will never completely go away. You have to position yourself in your mind where you are no longer annoyed by it. It is important to not become frustrated by the negative attitudes, comments and foolish behavior of people. You don't have to feel terrible because of what others think of you. By understanding human imperfections, the sages remain detached from all human opinions. They are indifferent towards what others think of them. Instead of taking in all of their negative opinions, ignorant behavior or hostile attitudes, the wise ones remain above it by completely ignoring it. They leave the problem with them. If a person's behavior toward you is not pleasant, there is no point in taking it inside of you. The sages keep their minds aloof and free of negative behavior. They live in a consciousness that is beyond approval or disapproval, beyond compliments or condemnation. Sri Aurobindo said, learn to look at such perversions of others from a higher altitude, the impersonal one. Chidananda said, to those who are troublesome, wicked, unpleasant and nasty, be indifferent. Do not work yourself up into a state of irritation, or annoyance or unfriendliness or hatred. Just ignore them. Maharaj said, when you refuse to play the game, you are out of it. Lama Zopa Rinpoche said, no matter how much you are irritated by every single tiny thing about a person, there is just no point in caring. You should abandon disturbing thoughts. There is no point in caring about such things. He said, your happiness does not depend on anything external--on whether or not someone is angry or criticizes you. You can see very clearly that this happiness comes from your own mind; it does not depend on how others behave towards you or what they think of you. You will feel how pitiful they are. There is no reason to be angry, no reason to be depressed. You cannot stop people from behaving in stupid ways, but you can be totally free of their foolish behavior. If others are miserable or unhappy, it is not your problem. It has nothing to do with you. It is their problem. Mangan recommended totally ignoring adverse situations in the environment. A famous writer named Stuart Wilde once said, once you don't care what they think, you're free; once you don't care whether they love you, you're free. Do yourself a favor and don't care at all about mean people. Keep enjoying your life and forget about them. 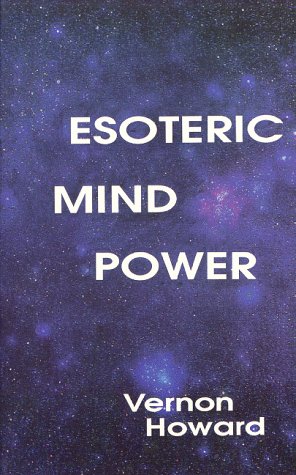