There are over 7500 different types of apples, including Red Delicious, Granny Smith, Pink Lady, McIntosh, Gala, and Honeycrisp. Wondering why we've always heard that "an apple a day keeps the doctor away"? A medium apple has 95 calories, 11mg of calcium, and plenty of Vitamin A and Vitamin C.

Apples are a popular choice for snacking, baking, and drinking. Who doesn't love apples dipped in peanut butter, apple pie, or applesauce?

Artichokes were brought to California in the 1600s by Spanish settlers; currently, 80% of all artichokes are grown in Castroville, California.  In 1948, Marilyn Monroe was awarded the title of Artichoke Queen.

A medium artichoke contains 60 calories, and 25% of your daily value of Vitamin C. Artichokes are also a good source of Vitamin K, which helps with blood clotting and bone development.

Looking for artichoke recipes? They are often found in Italian-style salads, and also taste delicious in pastas, tarts, dips, and pizzas.

Approximately 95% of the apricots grown in the US are from California. Apricots were originally from China; like the artichoke, they were brought over by Spanish settlers.

An average apricot contains 17 calories and is high in Vitamin A. Vitamin A is important for healthy skin and good eyesight.

Apricots can be made into wine or brandy, or tossed in a fruit salad or pudding.

The United States is the 3rd largest producer of asparagus; China and Peru are the top 2 producers. Despite the fact that asparagus is notorious for causing urine to have an odd odor, it is still an incredibly popular vegetable. Numerous cities, including Stockton, California and Hart, Michigan hold annual asparagus festivals and parades.

5 stalks of asparagus contain 25 calories and 20% of your daily recommended value of Vitamin C. Asparagus has 60% of the USRDA of Folacin, a vitamin which helps the body form red blood cells.  This vegetable is also believed to have medicinal properties.

Asparagus can be grilled, baked, boiled, steamed, microwaved, or roasted. It can be enjoyed alone, drizzled in butter, or in soups, salads, and stir fry dishes.

There are over 1000 varieties of avocados, over two dozen of which are produced in the United States. 95% of our avocados come from California; the remaining 5% are grown in Florida, Louisiana, Texas, and Hawaii.

An average avocado contains 322 calories and is rich in potassium.  Over 20 other nutrients can be found in an avocado, including Vitamin E, Vitamin C, and folate.

Avocados are best known for their ability to be transformed into guacamole.  They are also great sliced into soups, salads, and sandwiches, and can replace butter on a baked potato.

The acai berry is usually grown in rainforests or tropical regions, primarily in Brazil. During the last decade, demand increased in the United States as a result of the health benefits the acai berry is said to offer.

Acai berries are great in shakes or smoothies.  They can also be added to yogurt or cereal.

The African Cherry Orange is found in Central and Western Africa and has a sweet taste similar to that of a tangerine or orange.

The fruit is believed to be an effective cure for erectile dysfunction, and is also said to be a natural aphrodisiac.

The abiu fruit is primarily grown in southeast Brazil and Australia, but can also be found on the coastal regions of south Florida.

Abiu is smooth and creamy, and often compared to caramel flan. The average abiu contains 95 calories, and is high in Vitamin C.

The fruit is usually eaten in its natural state, but can also be added to ices and ice cream.

The ackee fruit is poisonous until it matures.  Ackee is the national fruit of Jamaica, and is primarily grown in tropical regions of west Africa.

A 3.5 oz serving of ackee contains 151 calories and a significant amount of niacin.  Vitamin C, Calcium, and Iron are also found in the fruit.

Ackee can be added to stews and curries, and is often served with cod in Jamaica.

Acerola has an interesting history. In Antilles, it was referred to as "the miraculous fruit", and not allowed to be removed from the areas where it was produced. It was eventually smuggled into other countries.

One serving of acerola contains 133% of the daily value of Vitamin C, and is said to be the highest natural source of Vitamin C available. It is a known antioxidant, and rich in vitamins and minerals.

The acerola is often used in jams, jellies, and juices.

More From This Author, Missy Nolan: Additional Articles About Fruits and Vegetables 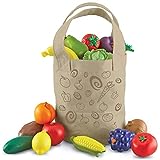