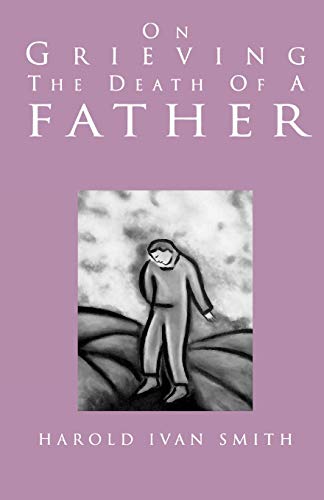 On Grieving the Death of a Father
Buy Now

Saying Goodbye and Healing from the Loss of a Father

The death of a parent is one of the most difficult events we face in life. In the moment that it happens we often think it is the end of our own life. In a way the loss of a father or mother is the end of life as we know it but it is also a new beginning. I put together this collection of quotes about the death of a father from various famous poems and other sources. These quotes can be used for eulogies for a father, as funeral quotes or during a memorial service. I have also included the full text of some of my favorite funeral death poems for fathers. For all of you grieving know that you will get to the other side of grief and that with time you will find healing and peace. I loved my father dearly and sadly lost him as a young adult, in the moment that it happened and for a long time after that I was grieving even though I did not realize it. One day though I came to a place of peace and I was able to look at his photographs once again without dissolving into tears, I was able to remember all of the happy moments and special things about him and I was able to cherish the lessons he taught me simply through his actions and been himself. I thank God for giving me such a wonderful father and I am at peace knowing that he is at peace and that his work here is done. To all of you reading this I hope that you will come to a place of healing and peace.

I came across this fathers poem for the first time when I was doing research for this article. It is a wonderful poem about carrying on the name of a dead father and about an honorable man. I included the entire text of this poem because it is ideal for a fathers eulogy and because it resonated strongly with me. I love almost every line of it. I found a few other poems by Edgar Guest which are suitable for a fathers memorial or funeral. They are included in the fathers death quotes from famous poems section below.

I follow a famous father,
His honor is mine to wear;
He gave me a name that was free from shame,
A name he was proud to bear.
He lived in the morning sunlight,
And marched in the ranks of right.
He was always true to the best he knew
And the shield that he wore was bright.

I follow a famous father,
And never a day goes by
But I feel that he looks down to me
To carry his standard high.
He stood to the sternest trials
As only a brave man can;
Though the way be long, I must never wrong
The name of so good a man.

I follow a famous father,
Not known to the printed page,
Nor written down in the world's renown
As a prince of his little age.
But never a stain attached to him
And never he stooped to shame;
He was bold and brave and to me he gave
The pride of an honest name.

I follow a famous father,
And him I must keep in mind;
Though his form is gone, I must carry on
The name that he left behind.
It was mine on the day he gave it,
It shone as a monarch's crown,
And as fair to see as it came to me
It must be when I pass it down. 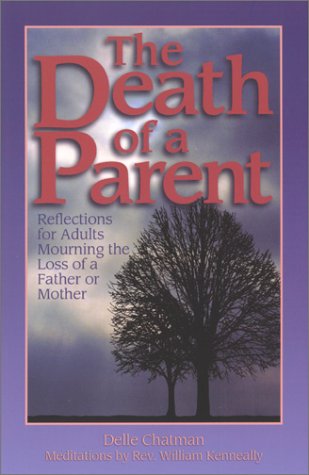 The Death of a Parent: Reflections for Adults Mourning the Loss of a Father or Mother
Books about death: coping with the death of a parent.
Buy Now

In this section I have included verses and quotes from various famous poems which are suitable for a father’s funeral or memorial. In most cases I have chosen to include entire stanzas from the poems versus just one line mostly because I liked the entire verse. However, it is possible to use one line quotes from the poems for example “Joying to live, I joyed to die, bury me low and let me lie,” from a classic poem by Robert Louis Stevenson (Now when the Number of My Years).

- From Now When the Number of My Years by Robert Louis Stevenson.

Because my Father lived his soul
love is the whole and more than all.

- From My father Moved Through Dooms of Love by e.e. Cummings

Lives of great men all remind us
We can make our lives sublime,
And, departing, leave behind us
Footprints on the sands of time;
Footprints, that perhaps another,
Sailing o'er life's solemn main,
A forlorn and shipwrecked brother,
Seeing, shall take heart again.

- From Psalm of Life by Henry Longfellow

And it was good for us the soul's way to trace,
And, in the leaving one, to find the glee it's forming.
The time had come. Recall and love in grace,
And celebrate another house-warming!

- The Death of Grandfather by Aleksandr Blok, Translated by Yevgeny Bonver

We are our Fathers garden,
We are his legacy.

- From Our Father Kept A Garden, Anonymous

And we do not sing their praises

As often as we should...

But Fathers are just WONDERFUL

In a million different ways,

And they merit loving compliments

And accolades of praise,

For the only reason Dad aspires

To fortune and success

Is to make the family proud of him

And to bring them happiness...

- From Fathers Are Wonderful People by Helen Steiner Rice

Kings, to the youngster, cannot compare
With the gentle father who's with him there.
And the greatest mind of the human race
Not for one minute could take his place.

A boy and his dad on a fishing-trip-
Oh, I envy them, as I see them there
Under the sky in the open air,
For out of the old, old long-ago
Come the summer days that I used to know,
When I learned life's truths from my father's lips
As I shared the joy of his fishing-trips-
Builders of life's companionship!

- From A Boy and His Dad, A Father-Son Poem by Edgar A Guest

The love that once was born can not die
For it has become part of us, of our life,
Woven into the very texture of our being.
Each of us would wish to leave some part of ourselves,
So here and now we bear witness to the one we knew in life,
Who now in death bequeaths a subtle part, precious and beloved,
Which will be with us in truth and beauty,
In dignity and courage and love
To the end of our days.
- Algernon Black

To laugh often and much;
to win the respect of intelligent people
and the affection of children;
to earn the appreciation of honest critics
and endure the betrayal of false friends;
to appreciate beauty;
to find the best in others;
to leave the world a bit better
whether by a healthy child,
a garden patch, or a redeemed social condition;
to know that one life has breathed easier
because you lived here.
This is to have succeeded.

- What is Success by Bessie Stanley, attributed to Ralph Waldo Emerson

I'd like to think when life is done
That I had filled a needed post,
That here and there I'd paid my fare
With more than idle talk and boast;
That I had taken gifts divine,
The breath of life and manhood fine,
And tried to use them now and then
In service for my fellow men.

Do not for ever with thy vailed lids
Seek for thy noble father in the dust.
Thou know'st 'tis common:
All that lives must die,
Passing through nature to eternity.
- William Shakespeare from Hamlet (Act I, Scene 2)

Out, out, brief candle!
Life’s but a walking shadow, a poor player
That struts and frets his hour upon the stage
And then is heard no more: it is a tale
Told by an idiot, full of sound and fury,
Signifying nothing.

Genie Graveline is one of my favorite poets. She had a special relationship with her father who was blind. Two of my favorite bereavement poems are by her, "Remember Me," and "He is Not Gone."

I included the full text of this inspirational death poem about fathers because it is sentimental and uplifting.

Our Father kept a garden.
A garden of the heart;
He planted all the good things,
That gave our lives their start.

He turned us to the sunshine,
And encouraged us to dream:
Fostering and nurturing
The seeds of self-esteem.

And when the winds and rain came,
He protected us enough;
But not too much because he knew
We would stand up strong and tough.

His constant good example,
Always taught us right from wrong;
Markers for our pathway that will last
a lifetime long.

We are our Fathers garden,
We are his legacy.
Thank you Dad we love you.

(This article is dedicated to all of those who are grieving the loss of their father and to my dear father the late Justice Z.R. Chesoni, thank-you for giving me wings. Rest in Peace Papa from Injete).