How to Treat a Male Yeast Infection

Can Men Get Yeast Infections?

The short answer is yes. The long answer is most positively and of course and most have at one time or another. A yeast infection can away on its own and often times goes untreated in men.

A man’s yeast infection is something that is rarely talked about. It is nothing more embarrassing than it is in females, but it seems a popular opinion that it is something rare and strange when it affects a man. There is nothing weird about it. Men and women are composed of the same matter and yeast on the more sensitive parts of flesh is true of everyone, especially the genital areas.

Without considering the shape or function of a man and women’s genitals, in essence, the flesh is exactly the same on both. The man’s penis is no more immune to yeast than is the woman’s vagina. It just so happens that yeast is more commonly known about on women because of the fact that the vaginal cavity tends to create an environment where yeast can get out of control and become a more serious condition.

Home Remedies for a Yeast Infection in Men

My Own Experience With Yeast Infection In Men

I have an extensive relationship with male yeast infection. When I was 19 years-of-age I was diagnosed with Hodgkin’s Lymphoma and underwent all the horrible things that cancer patients undergo. The first thing to know about male yeast infections is a sign of a deeper health issue that has reduced the person’s own natural defense against yeast.

That is right, yeast is on your body whether you are healthy or sick. Yeast lives on you in both your mouth and genital areas and other areas. Yeast is a healthy party of your body’s ecosystem and without it; you would be a huge mess. There is no getting rid of yeast, there is only stopping the infection that yeast causes.

What Is a Yeast Infection?

Yeast infection in men and women is an infection caused by body yeast that is left to its own rapid reproduction and becomes invasive into areas that cannot defend against it. Such areas are mainly comprised of the mouth, the urethra, the anus, the vagina and the sensitive skin of the genital areas.

Yeast’s scientific term is candida and is a natural part of the many different microbes that inhabit your body. Yeast has a positive effect in your ecosystem when it is in check, but yeast can become wild and obnoxious to the point of death. In fact, this writer has actually faced blood yeast during the latter stages of cancer and trust me, yeast infections are sometimes so powerful that one cannot eat or stand because the yeast is so over populated it begins stealing your own nutrition straight out of your blood.

Yeast infections in men are not commonly as dangerous as described but usually cause itching and raw skin in the more sensitive areas of the body. They can also lead to bad breath and a white tongue when inside the mouth. Mouth yeast infections are called thrush and there are many things one can do to end thrush or genital yeast infections.

Did you know that men suffer from yeast infection as often as women?

Yeast Infection in Men and Its Symptoms

To grasp yeast infection symptoms in men you must first understand the various parts of the body that yeast infections seem to dominate. Since yeast loves warm moist areas, generally, yeast will infect the mouth and genital regions of the human body. For the purpose of this article, I will focus on these two areas as they are the most common.

Healthy adults do not normally get thrush and so it is primarily discovered in infants, elderly, medical patients getting chemotherapy and radiation or on regimens of antibiotics and people suffering from immune malfunctions such as HIV or immunity disorders.

The symptoms of oral cavity yeast infections are:

It is very important to see your doctor if you are suffering from any of these symptoms because, as I have had, thrush can easily navigate from the mouth to the bloodstream and then becomes a very serious condition that can rob you of your life very quickly.

Genital yeast is very much a contagious condition that is shared between lovers. It is important to know the symptoms of yeast infection in men in order to not spread it to the more vulnerable female anatomy. Many men unintentionally spread candidiasis for lack of knowledge of even carrying the infection. The symptoms of male yeast infection are very easy to spot.

The symptoms of genital yeast infection:

Though most yeast cures are marketed to women, they will also work for men. It is important to keep the areas affected dry and with a coating of medication such as Monistat cream. The human body is the same between male and female when dealing with yeast and oral medications and creams marketed to women always work the same for men when dealing with yeast.

Yeast affects everyone and it is nothing to be embarrassed about. The only things anyone suffering from it has to be ashamed of is leaving it untreated and spreading it.

Some things to remember:

It is very important to see a doctor when anything is wrong with you, but yeast is sometimes overlooked as a serious health concern. Men and women tend to spread it between them and it is most common that a man hands it over to the woman. Get checked and take care of the affected areas and refrain from sexual activity for as long as it takes to be free and clear of yeast.

It might take 3 days or up to a week for any treatments to completely cure a yeast infection in men, but the relief felt after a successful treatment plan is worth the wait. Again, tea tree oil speeds up the healing process and acts quickly to lower the population of the affecting agent and I recommend using it to begin treatment and to end it and to use a lot of it over the course. 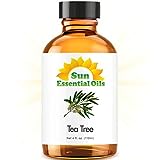 I cannot emphasize enough the benefits of tea tree oil. There are so many things on the market that claim to help men with yeast infection but Australian Tea Tree Oil is something that is a sort of miracle for an over population of candida.

Not only is tea tree oil a beneficial yeast treatment, it serves as a great remedy against cold sores and canker sores. Getting some tea tree oil for your medicine cabinet will make the onset of many afflictions much easier to deal with and help to get rid of these things much faster.

Here are some of the things tea tree oil can help cure or heal:

These are just some examples of the power of Australian Tea Tree Oil. It pays to have a couple of bottles on hand for quick relief and speedy healing, especially when you have children.

Yeast infections are very common and men who suffer from them usually don’t even realize that their bodies are just as susceptible to yeast as their female counterparts. The signs and symptoms are the same for both male and female and it is beyond irresponsible for a man to itch and burn below without tending to it.

Any discomfort in the mouth or on the genitals should first get a doctor’s attention and then the patient is set to begin treating the affliction from home. Don’t let yeast go untreated or else you can end up on your back with your life in the balance.

Again, there is nothing embarrassing about yeast infection in men because every person carries yeast on them at all times. However you feel about it there are multitudes of men and women in the same condition as you. As long as you treat it and abstain from spreading yeast, you are doing better than a lot of them.