Gogol-Mogol. Grandma's Remedy For a Sore Throat, Cough and Cold.

Gogol-Mogol- is an egg-based mixture, it comes in numerous forms with all kinds of ingredients. Common to most recipes is egg yolks whipped stiff with sugar. other options include egg white, milk, vanilla, nutmeg, honey, citrus rind, rum or cognac, juices. It helps smooth and soothe a singer’s sore throat; a Gogol-Mogol could be just what the doctor ordered on a cold winter’s day.

A legend says that once upon a time there lived a cantor by the name of Gogel. He sang in a synagogue choir in a town of Mogilev that was in Russia. One day cantor Gogel caught a cold and lost his beautiful voice and subsequently lost his job. Whatever he tried to do to recover his voice, nothing helped. Then finally somebody was successful in having him try an old remedy- raw eggs mixed with wine. Cantor Gogel apparently had a sweet tooth, as he also mixed eggs with sugar. The remedy helped. It got the name Gogol-Mogol.

This is one of the versions of how this remedy came into reality. It was modified hundreds of times and almost every family in Russia uses it in their own way. In my family it came from Ukraine, from my Jewish Grandma. When I had a sore throat, or chills, or a harsh voice, my mother used to make me Gogol-Mogol. It always helped. I used to make the same recipe for my son. He asked me himself to make it for him when he didn’t feel well.

This is how we make it

When you have bad cough, mix into Gogol-Mogol a little bit of Baking soda. For “big children”: together with egg and honey you may beat a tablespoon of rum or cognac.

The drink is pretty nutritious, so you may use it instead of a meal. You may substitute plain milk with chocolate milk, if you like.

When I gave Gogol-Mogol to my American friend when he had a cough, he told me that it reminded him of Eggnog. It really does. So, if you don’t like Eggnog, probably you won’t like healthy Gogol-Mogol.

Some other versions of Gogol-Mogol (not as a remedy, but just as a drink)

1. Beat one egg yolk and two teaspoons of sugar till it’s white. Add half a cup of lemon or orange juice (actually, any juice will go- berry, pomegranate, raspberry). Add half a cup of milk. Separately, beat egg white until it turns into foam and add it to the mixture. Mix well until it becomes proportional.

2. Beat one egg, add one tablespoon of any wine, and mix together. Add ¾ cup of milk. Sift.

But for me it is nothing but a Grandma’s remedy for a cold, cough and sore throat, as my mother was making it for me, as I make it for my son. 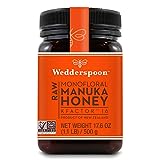