"Happiness is a butterfly, which when pursued, is always just beyond your grasp, but which, if you will sit down quietly, may alight upon you”

Life is the simple pursuit of happiness. How do we find happiness and peace? The journey is the reward, a young wise man shared. And today, let's explore the many great quotes from around the world and across the decades of life and happiness.

Books on the Pursuit of Happiness 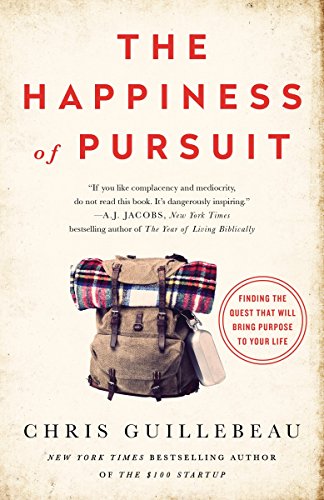 The Happiness of Pursuit: Finding the Quest That Will Bring Purpose to Your Life
Buy Now

Famous Quotes on Life on Amazon

“Love me when I least deserve it, because that's when I really need it.”

“I know that you believe you understand what you think I said, but I'm not sure you realize that what you heard is not what I meant.”

“The reason people find it so hard to be happy is that they always see the past better than it was, the present worse than it is, and the future less resolved than it will be”

“Be who you are and say what you feel because those who mind don't matter and those who matter don't mind.”

“When you find peace within yourself, you become the kind of person who can live at peace with others.”

Pursuit of Happiness and Otherwise Quotes on Life

“To me, there are three things we all should do every day. We should do this every day of our lives.

1- Number one is laugh. You should laugh every day.

2- Number two is think. You should spend some time in thought.

3- And number three is, you should have your emotions moved to tears, could be happiness or joy.

But think about it. If you laugh, you think, and you cry, that's a full day. That's a heck of a day. You do that seven days a week, you're going to have something special.”

“Happiness is a butterfly, which when pursued, is always just beyond your grasp, but which, if you will sit down quietly, may alight upon you”

Nathaniel Hawthorne quotes (American short-story Writer and Novelist, master of the allegorical and symbolic tale. One of the greatest fiction writers in American literature. 1804-1864)

“The reason people find it so hard to be happy is that they always see the past better than it was, the present worse than it is, and the future less resolved than it will be”

“Happiness is not the absence of problems but the ability to deal with them.”

“Thousands of candles can be lit from a single candle, and the life of the candle will not be shortened. Happiness never decreases by being shared.”

“If you want to live a happy life, tie it to a goal, not to people or things.”

“There is only one way to happiness and that is to cease worrying about things which are beyond the power of our will.”

Life is Like A Cup of Coffee - Inspirational Video

Life is About Sharing the Happiness

Life is Best When Shared - Happiness is Best Shared

Happiness Must be Shared

Happiness is much like a kiss, it must be shared.

If you enjoyed this and it brought a smile or a moment of reflection, please share this Hub with a loved and valued friend.