Although Tea Connoisseur may not be an actual expertise or profession - Zuzanna considers herself one.

Both of these teas actually come from the same plant; the only distinction is that white tea is essentially the unprocessed version of green tea. So let's break down the discrepancies and which is overall superior.

Next is probably the most crucial determinant in choosing which one you would pick to drink, how it tastes. Both are essentially quite bitter; however, the bitterness in the white tea is milder, and it has a tinge of sweetness to it that's all there is to it.

Because it's a herbal tea, I would not recommend it with sugar and definitely not with milk. However, with sugar it tastes good, especially white tea. At the end of the day, it's your choice. Whatever's your cup of tea.

For all those health maniacs out there, such as myself, this might prove to be more important than taste. So due to the fact that white tea is less processed/unprocessed, it has a much higher quantity of antioxidants. 'Antioxidants' is a very broad term, and scientist aren't sure of their primary purpose - what they actually do. But from what we kind of know is that they protect cells from damage, i.e. prevent cancer and other diseases.
White tea has the same type of antioxidants as green tea - catechins.

Furthermore, white tea has a much lower caffeine content - up to 20mg per cup whereas green tea can have up to 30mg per cup.

And finally, we have the price. And oh, boy, white tea is very expensive. Well, it's known as The Emperor's Tea for a good reason, as Chinese emperors would have these tea leaves freshly plucked and brewed. The silver needle white tea is the most expensive as it's said to be the finest.
The reason for white tea being so expensive is that it needs to be harvested by hand from tiny tea leaves, which is a very tedious and lengthy process, not to mention costly.

Green tea is, well, cheap, that's the only way to put it, and can be bought almost anywhere, unlike white tea.

Personally, I tend to stay away from tea bags as they may have parts of plastic and be overall toxic. So better safe than sorry.

So loose leaf tea is the best option, you can brew tea with or without a steeper. A steeper, however, makes the tea more pleasant to drink.

When brewing white tea, you may need to add an extra teaspoon as from personal experience a normal amount tastes rather 'dull'.

Due to tea still having a moderate amount of caffeine, most people don't recommend drinking more than 3 cups a day.

It is recommended not to steep tea for more than 5 minutes, due to posing some negative side effects to health. 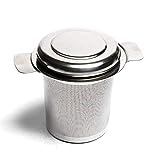 +Much cheaper than white tea

+A little goes a long way

-Much less antioxidants than white tea

-May need to add more for taste 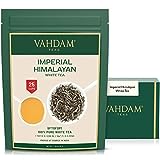 In conclusion, I definitely prefer white tea due to its sweetness, lower caffeine content and higher amount of antioxidants. However, when on a budget I would choose green tea and still enjoy it. So if you don't want to spend lots and lots of money of tea, just go with green tea - it's still a very good and healthy choice.