Water, bottled water, flavored water, spring water - we are a society that loves to take something as basic as water and market it as something special, but is it healthy?

Distilled Water is the Best

Distilling water is the only way to eliminate all impurities. Filters can only eliminate a certain fraction of small particles and chemicals found in today's water.

There are three processes used in distilling water, they are:

Distilled water - has virtually all of its impurities removed through distillation. Distillation involves boiling the water and then condensing the steam into a clean container, leaving nearly all of the solid contaminants behind. Distillation produces very pure water but also leaves behind a leftover white or yellowish mineral scale on the distillation apparatus, which requires that the apparatus be frequently cleaned.

Double distilled water - is prepared by double distillation of water. Historically, it was the standard for highly purified laboratory water for biochemistry and trace analysis until combination methods of purification became widespread.

Deionized water - is water that has had its mineral ions removed, such as cations from sodium, calcium, iron, copper and anions such as chloride and bromide. Deionization is a physical process which uses specially-manufactured ion exchange resins which bind to and filter out the mineral salts from water. Because the majority of water impurities are dissolved salts, deionization produces a high purity water that is generally similar to distilled water, and this process is quick and without scale buildup. However, deionization does not significantly remove uncharged organic molecules, viruses or bacteria, except by incidental trapping in the resin. Specially made strong base anion resins can remove Gram-negative bacteria. Deionization can be done continuously and inexpensively using electrodeionization.

Distilled water should ideally be nothing but hydrogen and oxygen molecules, with a pH level of 7 and no additional gases, minerals or contaminants.

The biggest argument against distilled water, which I agree with, is loss of minerals.

Anytime I suggest distilled water to anyone I always advise them to supplement with minerals. .

The other issue we look at is the plastic containers. Studies have shown that toxins and gases leech into the water when the plastic is warm. Glass is preferred but impractical for travel, the following plastics are tested safe:

It's impossible to know how many shipping docks the bottled water you buy has been parked on. And how do we know what temperature these pallets of water have sustained.

If there's any question about leeching in the water you buy, you can always double distill it yourself.

Your Kidneys have to deal with all the impurities lingering in your system. Over time this burden takes its toll on your kidneys and certain symptoms appear.

Kidneys disease may progress without symptoms for a long time until only very minimal kidney function is left. Kidney disease can affect the body in many different ways. Symptoms vary greatly. Notably, most patients have no decrease in urine output even with very advanced chronic kidney disease.

Besides the common urine tests the following blood tests are done:

Reducing the Risk of Kidney Cancer

We want to do everything possible so that our kidneys function properly and drinking distilled water is one of them.

Research from Italy has shown that taking vitamin C and vitamin E can reduce kidney cancer risk by over 40%. 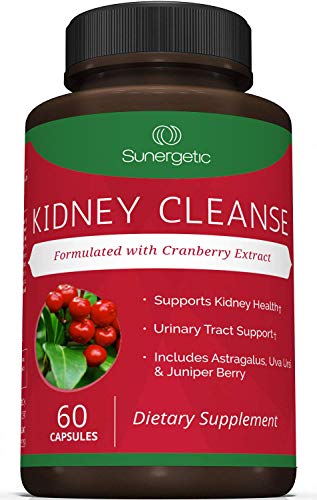 One question that's coming up more and more is - is bottled drinking water safe?

The answer is, generally no.

Case studies show that most bottled water is just tap water filtered. This doesn't filter out certain chemicals like chlorine. Also, microscopic metallic particles can bypass filter units and end up in the bottled water.

There was a high school project where a student did an analysis of toilet water verses bottled water, you can already guess the results. The toilet water was cleaner.

Another issue with bottled water is the containers.

Plastics are categorized by number. Any plastic container with a number 7 rating or higher is considered safe for storing water.

Most containers used are the thin, cheap plastic types. As mentioned, plastic can leech toxins and chemicals when exposed to heat. By the time these containers reach your local store shelves, who knows what conditions they had to endure.

If you're buying from a vendor where you know they are concerned about the "leeching" factor, then you are very luck and should thank them.

Can you distill your own water? Yes you can, but it is very time consuming. Distilled water is just water you boil and then capture the vapors (condensation). You can also take the distilled water you buy off the shelf and distill it again.

Taking any precautions to filter or purify your tap water is good. Distilling is better for all the reason mentioned above and remember to replace the minerals distilling removes.

Even chemically treated tap water has minerals in it, and we need minerals in our system to survive.