Health anxiety is probably more common than you imagine. Nobody wants to be seriously ill. In recent times it appears that health anxiety has been increasingly replaced by the term hypochondria and I feel this is a misconception.

Health anxiety is commonly experienced as yet another symptom of generalized anxiety disorder and panic disorder. It also falls under the diagnosis of obsessive compulsive disorder. When we feel overwhelmed by chronic anxiety, sometimes with constant panic attacks and phobias, many symptoms can develop and health anxiety is a very common one. It could even be characterized as a phobia at its worst; a phobia of being seriously ill. In short, I believe it is hard for health anxiety to exist without another anxiety disorder being present. Although perhaps born from an anxious or stressful time, hypochondria, in my mind, is a health phobia often seen without the diagnosis of other anxiety disorders.

Maybe the labeling is of no consequence to some people, but most would not like to be labeled a hypochondriac. There is ignorance in wider society that hypochondriacs are malingerers, time wasters and attention seekers. This is not the case.

When you have been diagnosed with an anxiety disorder such as generalized anxiety disorder or panic disorder, there is an underlying feeling of not being in control of things. This feels scary and somewhat unsafe. Chronic anxiety and fear can cause so many physical sensations such as shaking, zaps like little electric shocks, a lump in the throat (globus hystericus), dizziness, muscle cramps, chest pains. I would need to write two articles just to cover all the different physical effects that I felt when I suffered badly. Many of the sensations felt by the sufferer seem to be sudden and without apparent cause due to lack of understanding about their anxiety. A large part of it all seems to be mysterious. This induces more fear.

We tend to fear less about things we understand well. By now we are very unsure and fearful. What happens when we get into this state on a day to day basis? The answer is that we constantly search for answers. Even when we think we may have found an answer we are so anxiously sensitive that we don’t trust the answer we found and so the search continues.

Anxiety disorders are awash with irrational and catastrophic thinking patterns. The worst scenario often feels but a heartbeat away and yes, it’s very believable at the time. The longer we suffer with anxiety disorders the more time we have to build up a string of phobias. Agoraphobia is a common one but I believe health anxiety or a phobia of being seriously ill is also quite common.

I spent decades being told about the fight/flight response and what constant rushes of adrenaline can cause as way of explanation but there were many times I doubted this explanation. Why? A new symptom would suddenly arise to test my belief. My main symptoms even changed periodically. How could it be then that I was a textbook case of anxiety/panic disorder? I know now that the list of symptoms far outreaches those you tend to see in a textbook but back then, anything outside of the usual list of ten or so symptoms threw some doubt on my diagnosis. This is the nature of a chronic anxiety/fear problem. Misconception, doubting, ruminating, questioning and even disbelief of diagnosis often lie at the basis of the disorder.

What Doesn't Kill Us: My Battle with Anxiety
Buy Now

Impact on Perception of Health

Health anxiety within the realms of other anxiety disorders is very explainable. You were going about your everyday life, possibly working or looking after the children. You might have been immersed in college work. You perhaps had plans, great plans for your future. Life was as normal as you perceived it should be and suddenly it’s not. Your mind seems to be working overtime and you have become apprehensive most of the time. You can’t switch it all off and you keep ‘losing it’, panicking, not quite holding it together and generally feel you are a fraction of the person you were.

For those who have suffered for many years, you can even start to forget that picture of the ‘normal’ you. You feel hyper- sensitive a lot of the time. Sometimes the world just doesn’t seem as safe as it did. When you were afraid or worried as a child, if you were fortunate, you had a mother or father you could turn to for support, a much needed cuddle, someone to make it all better. Now you are an adult and expected to help yourself. Anxiety disorders can bring out childlike qualities in us. We tend to feel more insecure or fragile and every little shock or jolt feels huge.

You have a cough and cold. Your nose is blocked up and the hacking is relentless. This happens to millions of people especially through the winter and you have had countless such viruses before but now you are hyper-sensitive it’s a whole new ball game. Feeling a difficulty with breathing can be common for a panic stricken person but with a cold or chest infection on top, the scenario is somewhat different. What if you get pneumonia? You can’t breathe through your nose already. What if you stop breathing whilst asleep? At the least, what if your blocked nose keeps frightening you enough to bring about lots of panic attacks? Suddenly a common cold virus is a thing to fear.

It is often something as simple as this that sets the ball rolling for health anxiety. Having become focused on your bodily symptoms and sensations already, through the nature of what anxiety can do, any true physical illness on top becomes too much to bear and is excessively worrying. You have started to mistrust what is happening to you physically.

Your catastrophic thinking pattern homes in the physical aspect of your life. If your body can send you all these weird symptoms, presumably from your anxiety then…well anything goes! Doesn’t everyone know that stress can cause illness? This woolly so called fact doesn’t mean that everyone becomes ill when stressed, but for you, that sudden leg ache mentally becomes thrombosis. That headache becomes a possible aneurysm or brain tumour. You dread getting any kind of illness because for you it will mean the worst scenario. Because of the worry and apprehension, you find yourself at the doctors more often. You want things ruled out but don’t always trust what your doctor is telling you. The ‘what if’ is ever present. Then you worry because you think your doctor will get fed up of you but you constantly need reassurance.

The internet is a health anxiety sufferer’s worst enemy too. The results are alarming. Self diagnosing is common and feeds health anxiety greatly. You believe finding the diagnosis, the answer, will make you feel better but actually the results often put your head in even more of a spin.

If this is to be termed hypochondria, I hope you can see that there is a very good reason for the health anxiety to start. It begins with the perception of the anxiety sufferer, given that they have suddenly experienced bodily symptoms that feel foreign to them. The shock of it all smashes their rationality and leaves unanswered questions. When those questions are answered by an irrational mind, the results produce fear. As with most anxiety disorders this produces a constant negative cycle. 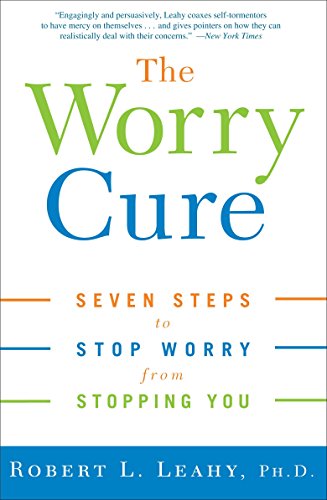 The Worry Cure: Seven Steps to Stop Worry from Stopping You
Buy Now

Trust and belief are big issues so you have to start somewhere where these are concerned.

How Common is Health Anxiety?

Do you have health anxiety and another diagnosed anxiety disorder?