Health Benefits Of Vitamin B6

Vitamin B6 is a vital nutrient which is responsible for the proper function of sixty enzymes within our bodies.vitamin B6 contributes in the manufacturing of serotonin, which is a chemical within our brain. Vitamin B6 also plays a major part in the production of hemoglobin and cells within our immune system.

Vitamin B6 also is involved in the process of breaking down carbohydrates, and processing it to be turned into energy for our daily activities. But the decrease in vitamin B6 can also contribute to a poor nervous system. Vitamin B6 is also a helper in regulating estrogen and progesterone. Some studies report vitamin B6 is linked to cardiovascular disease in patients who tested as having low levels of vitamin B6.

The Brain and B6

The Effect of B Complex Vitamins And Autism

The diet the children received was rigous, and the first dose of vitamins were normal doses. With autism some believe the cause is linked to mercury poisoning; some believe this due to mercury damaging the same part of the brain as autism. You may ask how would a child receive mercury? Vacccines.

The purpose of the research was to try to detox the children to see how they would respond. In clinical settings this treatment is called megavitamin therapy.

The group of children that were diagnosed with autism showed no signs of improvement in the clinical study. Their doses were increased a third time, and the patients showed signs of improved speaking abilities and less numerous amounts of tantrums . The downside of children receiving such large amounts of vitamins was bed wetting. 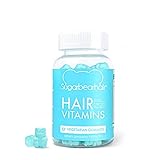 Absorption of this nutrient is easily absorbed. Vitamin B6is a water soluble nutrient. Vitamin B6 versus the other B vitamins has the most documented researched information available for consumers. B6 is also the most recommended along with B12 of the B complex vitamins.

Women who suffer with extreme PMS can benefit from taking B6 on a regular basis, this nutrient works by regulating estrogen levels. This nutrient has many benefits that can aid in supporting the body in healing. The nutrient is a natural diurectic which can assist in helping with weight loss, accompanied with exercise and a sensible meal plan.

Taking this nutrient in large amounts for long periods can be toxic and cause neurologic problems. 50 milligrams is the maximum amount per day that can be taken without a doctors supervision. In cases of therpeutic amounts should only be taken with a doctor's consult.