Cumin seed, also known as Jeera, is an important spice in Indian kitchen. There are two types of jeera, the white type and the black colour. The white colour jeera is more used in the daily life. The black colour jeera, called as kala jeera, is also good for health, but not so commonly used.

Jeera is used not only in Indian kitchen, but it is also used in Mexican, Mediterranean, Middle Eastern and Chinese cuisines for its distinctive flavour and aroma.

Where to buy cumin powder online 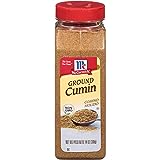 Other names of Cumin seeds

Drinking jeera water after food is a common practice in many households in Kerala, the southern most State of India, in place of plain water. It helps in digestion.

How to make jeera powder

Making jeera powder is very easy. Just take the required quantity and roast it on a cooking pan without oil, on a slow fire, for about 2-3 minutes. (Precaution should be taken to see that it is not overheated. ) When it is still warm pound it into a fine powder.

This powder can be preserved in an airtight container so that it does not lose its flavour, and can be used as and when required.

Jeera fried rice is very famous in India. It is very tasty and easy to make.

My Other Health articles