The scientific name for this plant or herb is phyllanthus niruri. It grows in tropical areas around the world including the Amazon rainforest. In Spanish this herb is known as chanca piedra. The English translation of this is stone breaker or stonebreaker.

In Portuguese it is called quebra pedra. In Brazil they speak Portuguese and in the rest of South America, they speak Spanish. This article was written April 6, 2014. I have written articles on many herbs and I feel this is the best herb. The whole plant is used for medicine.

I wrote an article on the 15 Health Benefits of Aloe Vera. I mention that the Health Ranger (Mike Adams) feels that aloe vera is the best herb with garlic coming in as second best herb. Dr. James A. Duke (Ph.D. in botany) maybe the leading expert on herbs in the U.S.

He worked for the USDA for decades creating an extensive database on herbs and plants that heal. He wrote a book on the 13 hers that he considered to be the very best. But his list were all well known American herbs even though he knows a great deal about other herbs. See this article for more on his list: 13 Best Herbs for Health.

This list includes milk thistle that is known as the best American herb for the liver. A study showed that stone breaker is better at helping the liver than milk thistle. Although it may not be fair to compare herbs since different herbs do different things.

Here is what webmd.com says about Chanca Piedra:

Chanca piedra is used for various disorders of the urinary tract including infections, pain and swelling (inflammation), kidney stones, and discharge from the urethra or vagina. It is also used for digestive tract disorders including gas, loss of appetite, stomachache, intestinal infections, constipation, and dysentery.

It lists much more. The reason that this herb has the name stonebreaker is because it dissolves kidney stones, gallbladder stones or gall stones. The Doctrine of Signatures says that sometimes plants give you a clue for what they are good for. Like the ginseng root looks like a human body.

Chanca piedra is a rich source of numerous phytochemicals, including limonene, flavanoids, glycosides, alkaloids, lupeol, quercetin, rutin and saponins. Phytochemicals are potent antioxidant compounds found in plants, which help to fight and prevent disease in humans. Due to the antioxidant activity of phytochemicals, chanca piedra also helps to prevent free radical-induced damage to your cells and DNA.

Here is PubMed telling about a study that was done. PubMed is part of the U.S. National Library of Medicine that is one of the NIH (National Institutes of Health). The article is called: Effect of Phyllanthus niruri Linn. treatment on liver, kidney and testes in CCl4 induced hepatotoxic rats. It says:

Here is another PubMed study called Anti-tumor activity of Phyllanthus niruri. It says this about helping to prevent cancer:

The potential of using medicinal herbs as cancer chemopreventive nutraceuticals and functional food [foods that help health] is promising.

Hepatitis a is disease of the liver. PubMed has another study with in vivo and in vitro studies. In vivo is experimentation using a whole, living organism as opposed to a partial or dead organism. In vitro means "in glass" since you would call these studies ones that are done in test tubes. This one is called: Effects of an extract from Phyllanthus niruri on hepatitis B and woodchuck hepatitis viruses. It says:

Hundreds of studies have been done on this herb with positive results. It has no side effects.

High blood pressure increases your chances of having heat attacks, strokes and kidney failure. Stone breaker has a phytochemical in it known as geraniin. It inhibits ACE (angiotensin-converting enzyme) that raises blood pressure.

Jaundice is a yellowing of the skin that is caused by excess bilirubin in the blood. This is usually caused by a comprimised liver.

4. Helps to Protect Against Alcohol Toxicity

There are stories of people taking this before they go out drinking and the alcohol is much less effective at killing brain cells and so they do feel as drunk as usual. That is what alcohol does-- kills brain cells. One of the hundreds of functions of the liver is to prevent toxins from entering the body from the digestive system. The digestive system is outside the body proper (that's medical talk).

The phytochemical in it mentioned before (geraniin) has the ability to lower high blood pressure and relieve pain (analgesic effect). In 1996, they isolated and tested geraniin from chanca piedra and reported that it was seven times more potent as an analgesic than aspirin or acetaminophen.

Because acetaminophen is in pain-killing drugs like Excedrin and it is bad for the liver. many people have serious problems with their liver. People who take stone killer for kidney stones get relief from pain right away before the kidney stones can be dissolved.

This is where it got its name from. Chanca piedra means stone breaker or shatter stone. In the first video below, the woman's 2 kidney stones dissolved. But this herb also softens the ureter and bile duct making it much easier to pass the kidney stones.

7. Cleans and Protects the Liver

Clinical research shows that chanca piedra has liver-protecting ability (antihepatotoxic). It helps with hepatitis B infection (HBV) which is the main cause of liver cancer in the world.

8. Cleans and Supports the Kidneys

This may be due to its ability to clean and protect the liver. We have more harmful chemicals in the foods that we eat and all around us, worse than ever before.

They attributed the above to the phytochemical in this herb as repandusinic acid A. Another compound, substance or phytochemical in stone breaker that has reverse transcriptase inhibition activity is niruriside.

See the PubMed study at the top of this article for more on that.

Actually many different countries have listed many different health problems that this herb is good for. On the first video below an ultrasound found kidney stones. After taking stone breaker, she went back for another ultrasound. The doctor said "Where are your kidney stones? In India chanca piedra is called budharti. It is used for the treatment of pneumonia, bronchitis and other pulmonary (lungs) health challenges.

Picking a second best herb is not an easy thing since different herbs are better for different things. Ginseng root is great for anti-aging. Nettle leaf tea is great for relaxing the nervous system. It also nourishes the endocrine system glands that include the adrenal glands, sex glands and thyroid glands that produce hormones. So this herb would enhance anyone's benefits from yoga.

Of course for burns and constipation, aloe vera is the best. For the immune system, echinacea may be the best. It is one of the 13 herbs in Dr. Duke's book about the best 13 herbs. The above herbs have links to articles on them. But to pick a second best one I would have to go with dragon's blood (sangre de drago). It is the sap of a tree in the Amazon rainforest. This sap looks just like blood. In the U.S. the first and third leading causes of death are heart attacks and strokes. This sap is the best thing to protect arteries. It is 90% OPCs that help the arteries to be more elastic and stronger.

Dragon's blood is the sap from a tree in the Amazon rainforest (by that name) and it looks just like blood. Dragon's blood makes the arterial walls stronger and also more flexible so there is less chance of heart attacks and strokes. It also enhances circulation so it makes any other herbs or nutrients work better. See Health Benefits of Dragon's Blood (Sangre de Drago).

Many companies substitute cheaper herbs for the real one. One reliable company you can count on is Amazon Herb Co. It is owned by Amazon John Easterling and his wife Olivia Newton-John. All the herbs are picked growing in the wild that is better than organically grown.

The above company has merged with another similar company called Trivita. It works directly with over a dozen tribes in the Amazon rainforest. Also they help these tribes out in different ways. Also people can also choose to make money with this company just by letting others know about it (as you will see). This company sells pure dragon's blood (sangre de drago). Also it sells 2 products with chanca piedra (stone breaker or quebra pedra). One product is Treasure tea that contains this herb and other herbs that are great for the immune system. Helps with many things including candida albicans overgrowth.

Stone breaker lowers blood pressure so there is less pressure on the walls of the arteries.

Chanca Piedra picked in the wild, better than organic. 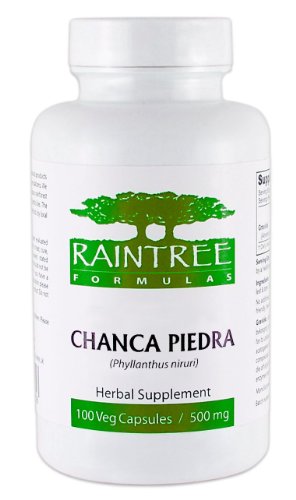 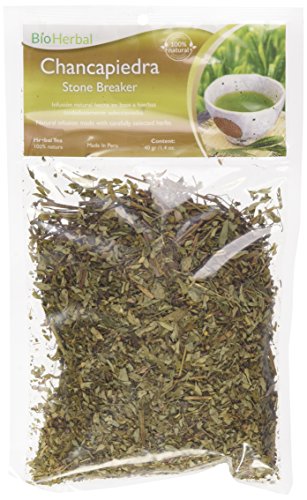 How To Dissolve Kidney Stones Naturally 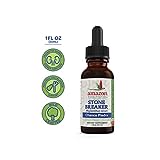