As much as we try we cannot fight aging forever; our bodies and minds will eventually show signs of the years that we have lived. Even though we can’t run as fast or think as quickly as we could, when we were younger, there is nothing “wrong” with us or the way we live our lives.

One common thing that can deteriorate is how we perform as operators of motor vehicles. As we age our eye sight starts to get a little bit fuzzy, our reaction times become a little bit lagging and we might not be as safe as we used to be back in the day.

We have all seen the elderly driver struggling to make a turn or probably driving a little bit too slow for our liking on the freeway. It seems that some elderly drivers have reached a point in their driving careers that certain situations can be very uncomfortable for them.

For many years I couldn’t figure out why my parents went a certain way to our house when we used to live in Sacramento, California. They always told us their way was quicker but the real reason slipped out one day, they hated the freeway interchange right before our off-ramp.

This information caught me off guard a little bit because my dad used to drive tractor trailers when he was a teenager and continued into his twenties; he is also a wiz with directions. My parents weren’t old (both were in their fifties) but their discomfort with the freeway was very obvious.

A more exaggerated example of this uneasiness is my wife’s grandma, she is in her seventies. For the last few years she has refused to drive at night, even as a passenger. We don’t know if it is the darkness or the car lights, because she is a strong woman and won’t tell any of us, but she will leave a family function early just to ensure that she is home safe before the sun goes down.

I’m a big advocate of defensive driving and it is something that I am strongly pushing our driving age son to embrace.

When we age our bodies don’t do things as fast as we might want them to, this sluggishness has to carry over to the driver’s seat of a vehicle. Everyone has been in that dangerous situation where an evasive maneuver needs to be made to avoid an accident. If a driver is older that response time might be too slow to get away from a bad situation. 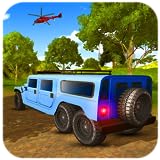 Do you think we become bad drivers as we get older?

Do you remember that weird exam when you were a kid where the doctor tapped your knees with a rubber hammer to test your reflexes? I do because I had to always fake it because the doctors never seemed to get the right spot to get my leg to react. I knew nothing was wrong with me because my reflexes worked just fine but I didn’t want the doctor to think something on me was out of whack.

When we age our reaction time starts to slow down and can be an issue on the road. Just like trying to be a defensive driver having a respectable reaction time to split second problems on the road is critical.

Our eyes can also give us fits as we age. Your vision might have always been 20-20 but now you have to squint to see a highway sign or read the newspaper. It isn’t fun to acknowledge that you might need glasses but sometimes it just is what it is.

I remember when my mom had to get glasses many years ago; she was not happy and had no reservations sharing her displeasure about needing them. She didn’t need them all of the time, just for reading and driving; my dad has worn glasses for as long as I can remember.

I have pretty good eye sight and I hope to keep my good vision for as long as I can.

I remember how much my car insurance was when I first started driving; those memories came back recently when I called my insurance company to see how much our premium was going to go up with our son working on getting his license.

I can also recall the conversation I had with my agent when I turned twenty-five. I called them to get that break I heard so much about when you hit this magical age of twenty-five. I can fondly remember the agent telling me that the company didn’t price policies based on age, yeah right. After additional conversation I knew that they did take a drivers age into consideration (big shocker) but the company just didn’t really go out of their way advertising it. Needless to say I was thrilled when our renewal came in the mail and the policy went down.

It is a widely accepted fact that younger drivers pay more for car insurance because they don’t have the best of experience yet and are a high risk for accidents and seeing how fast the car can really go (no officer I didn’t see the speed limit sign).

How long, if they don’t already, until insurance agents start charging elderly drivers a little bit more because if the increased liability of them behind the wheel? I recognize that they have been driving for a very long time but things have changed since they first obtained that driver’s license.

Before you react negatively to that last paragraph remember the insurance industry already does this for younger drivers. They also do charge higher premiums for our older citizens, if you don’t believe me check to see what health insurance costs for someone in their sixties.

I’m not condoning it, I have my own opinions on our healthcare industry, but it does happen. My parents are a perfect example since they are both in their sixties. Both have had health issues over the years but nothing too crazy. Before my dad became eligible for Medicare this year they were paying just over fifteen hundred dollars a month for the privilege of being insured. This didn’t cover doctor’s visits or prescriptions. This is a ton of money for two people to pay.

I’m not completely happy with what I pay a month to cover my family of four but it is nowhere near the amount my parents were paying.

Will the insurance industry come to a collective decision that older drivers need to be charged more because of the increased liability with their reduced reaction time and decreasing eye sight? I sure hope not but I imagine they wouldn’t hesitate to do it if the numbers made sense to their executives.

Would you support a recertification test for older drivers?

Here in the US we all had to take a driver’s test as mandated by our state of residence. The test itself isn’t too hard, as evident when we someone making a completely boneheaded maneuver on the road, but it does take some time to study for it.

What I never understood is why there isn’t some kind of follow-up test as we get older? We get our renewal in the mail every few years and then send it back in with the fee as directed. Here in California we don’t even go back to the Department of Motor Vehicles to take a new terrible license photo until about twelve years after your last one. Twelve years is a long time and people can look way different in that time.

I wish we would have a system in place to just double check our licensed drivers; it doesn’t have to be a road test either. Do a quick eye exam and a written test. If the driver performed poorly on the written test maybe that is an indication that they should be tested on the road again?

I had a co –worker who got pulled over for having headphones in both of her ears, they were for her cell phone. She honestly had no idea that it was a no-no but I remember hearing about that back in driver’s education in high school. She tried to tell the officer that the she wasn’t even on the phone but it didn’t matter. After fighting the ticket in front of the judge she still lost and had to pay the fine.

If my co-worker wasn’t aware of this law how many drivers aren’t aware of it, or something more substantial? Refresher tests might help drivers that have forgotten something over the years. I know my wife and I have learned a couple of things from our son when he was studying for his learners permit.

I know I’m not a perfect driver but I would welcome the chance to stay on top of new laws or reminders about existing ones. I hope one day or system is equipped to keep our drivers operating their vehicles as safely as they can, the fewer accidents we have the better.