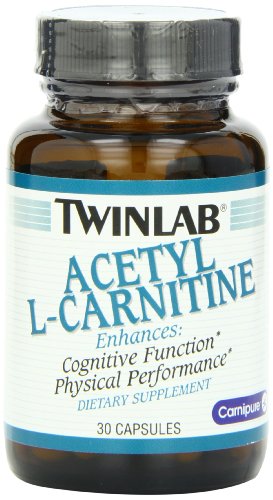 Supplements for Heart Health. Lower Blood Pressure, And Cholesterol with these Natural Treatments.

The number one supplement for heart health is Coenzyme Q10. It has the ability to lower blood pressure, increase circulation, and blood flow. CoQ10 is so amazing, as it actually strengthens heart muscle. It is known as ubiquinone, because it exists everywhere in the body. CoQ10 helps to metabolize fats, and carbohydrates, so therefore it would help with high blood pressure. It is found in beef, peanuts, and spinach. The recommended dosage is 50mg per day.

L-carnitine, is the second most recommended among supplements, for heart health. L-carnitine is an amino acid, which are the building blocks of proteins. Its main function is to transport fats, within the body. Thereby reducing plaque, and fatty deposits in the arteries. Has also been found to lower triglycerides, from the blood. Carnatine can be obtained from food, mainly proteins, and other foods of animal origin. So, true vegetarians, would be deficient in this vital nutrient. The recommended dosage is 500mg to 2500mg daily.

Essential Fatty Acids, or Omega 3's, are also helpful in the treatment of heart health. They reduce LDL levels, and thin the blood, thereby increasing blood flow, and circulation. Fats are necessary for energy, the heart being one of the most used muscles, requiring the most energy. Fish Oil, as well as krill oil, both contain the omegas. Krill is more easily absorbed, smaller, and therefore easier to swallow. Plus, krill contains both omega 3 and omega 6, thereby making it better for you, but more expensive. Therapeutic dosage is 1000mg-2000mg daily, for fish oil, and 2 caps a day for krill. Flax seed, is also an omega, containing 3 and 6, but is more effective for hormone balance. Don't let it confuse you, EPA is omega 3, and DHA is omega 6.

B-complex vitamins-50mg per day. The combination of niacin, vitamin b-6, and vitamin b-12, have been shown to reduce homocysteine levels. The clinical marker for a heart attack. Suggested dosage is 50mg of niacin, 50mg of b-6, and 1000-2000mcg of b-12, sublingual form is best. Homocysteine levels can be measured with a simple blood test. A recommended supplement is called "no shot". A combination of b-6, b12, and folic acid, said to reduce homocysteine levels. The B vitamins are best taken in a complex, as they work in concert.

Other Recommendations include the Following:

Apple pectin lowers cholesterol levels, by binding fats, and heavy metals, then are excreted from the body. Thereby, clearing plaque from the arteries, and reducing blood pressure. The recommended dosage is 1-2 caps per day.

Inositol, in the form of Ip6, protects the heart, by proventing blood clots, reducing cholesterol, and triglyceride levels. Inositol is a B vitamin, with many useful applications. Including, brain health, anxiety, hypoglycemia, and cancer. Can be purchased in capsule, or powder form. The powder form is the easiest way to absorb this vital nutrient. The symptoms of inositol deficiency include poor sleep, panic attacks, and depression. The therapeutic dosage ranges from 1000mg to 20 grams a day. I doubt anyone would need that much, in order to perceive an improvement. Found in whole grains, liver and brewers yeast.

Magnesium deficiencies have been linked to high blood pressure. It also maintains a normal heart rhythm. The symptoms of magnesium deficiency include insomnia, tremor, and rapid heart beat. 250mg to 500mg a day. Maximum therapeutic dosage is 1000mg.

Cinnamon has also been found to reduce high cholesterol, and triglycerides. A heart smart choice would be to sprinkle on your morning oatmeal. Not only does cinnamon help with cholesterol, it also helps to stabilize glucose levels, which would be helpful with diabetes.

Beta-glucan is the key factor for the cholesterol-lowering affect of oat bran. Specifically, beta- glucan 1,3. Beta-glucan is a polysaccharide, derived from the cell wall of oats, barley, carrots, and mushrooms. The binding of cholesterol by beta-glucan, and the resulting elimination, through the feces, is very helpful in reducing blood cholesterol. Suggested dosages vary from 50-1000mg a day. It also, stimulates the immune system, so if you have a pre-existing autoimmune condition, I would proceed with caution.

Celery has been found to lower blood pressure. 4 stalks a day, is the recommended amount. In many studies, it reduced blood pressure in 14 out of 16 patients. It also has diuretic properties. Thereby reducing the need for Lasix, usually prescribed for edema.

In a recent article published in pubmed, gave the results of numerous herbal preps in the treatment of high blood pressure.

The following were found to be effective;

Celery shown results in one week.

Garlic was found to have a minimal affect on BP. Contrary to resent findings.

Among the others carrot, radish, onion, ginseng. Mistletoe, although probably hard to find, and better in a commercial prep.

New FDA Warnings On The Use of Statin Drugs

If you're one of the millions of Americans who take statins to prevent heart disease, the Food and Drug Administration (FDA) has important new safety information on these cholesterol-lowering medications.

FDA is advising consumers and health care professionals that:

This new information should not scare people off statins, says Amy G. Egan, M.D., M.PH., deputy director for safety in FDA's Division of Metabolism and Endocrinology Products (DMEP). “The value of statins in preventing heart disease has been clearly established,” she says. “Their benefit is indisputable, but they need to be taken with care and knowledge of their side effects.”

FDA will be changing the drug labels of popular statin products to reflect these new concerns. (These labels are not the sticker attached to a prescription drug bottle, but the package insert with details about a prescription medication, including side effects.)

The statins affected include:

Products containing statins in combination with other drugs include: 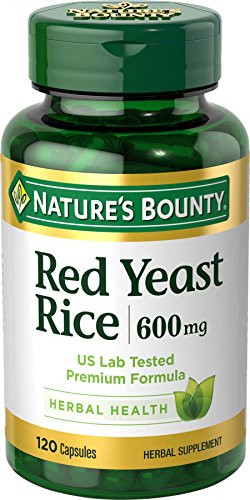 Red yeast rice contains a compound known as lovastatin, the same active ingredient in Mevacor, which inhibits the action of enzyme HMG-CoA, which in turn lowers the bodies cholesterol levels, and reduces the risk of heart attack. Without the side effects.

Elevated low-density lipoprotein (LDL) cholesterol is a significant risk factor for cardiovascular disease. It is estimated that 42% of females and 34% of males in the USA have elevated total cholesterol. The current mainstay of lipid-lowering therapy utilizes 3-hydroxy-3-methylglutaryl-coenzyme A (HMG-CoA) reductase inhibitor (i.e., statin) medications that lower totalcholesterol and LDL cholesterol by an average of 20% and 28%, respectively. However, due to the significant side effects of statin medications, many patients seek alternative therapies to help manage their hypercholesterolemia. Red yeast rice(Monascus purpureus) has been used as a food and as an herbal medication in China for centuries. Phytosterols are foods that are similar in structure and function to animal cholesterol. Both of these compounds have been shown in clinical studies to significantly lower LDL cholesterol.