Five spice powder is a mixture of five spices used mostly in Chinese cooking, and also in other Asian and Middle Eastern cooking.

The name name five spice is symbolic rather than literal as the combination may include spices like nutmeg, ginger, turmeric, licorice, mandarin orange peel and cardamom.

It is an excellent marinade for beef, chicken, pork and sea food as well. It is one of the essential base seasonings for Chinese cooking.

Five spice powder can also be added to rice dishes and vegetable stir fried dishes to add sweetness, warmth and bite to the dishes. 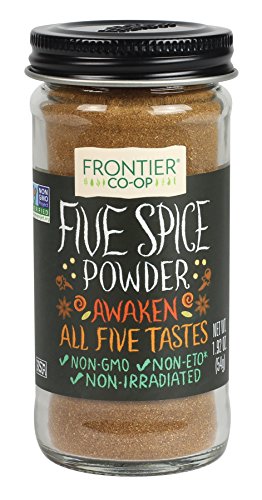 Here is a basic recipe for preparing your own five spice powder at home. All spices are to be taken in equal quantities.

Mix well and store in an airtight container.

The homemade mix has a better flavour and is fresher and cheaper too.

Five spice powder is a good alternative to substitute and lessen the dependence on unhealthy common salt.

The blend of different spices gives the five spice powder not only its unique flavour but several medicinal properties.

Some health benefits of the individual spices in the five spice powder mixture provide are enumerated below:

The cinnamon tree is native to Sri Lanka. Sri Lankan cinnamon is the real cinnamon while the cinnamon that is sold in the US is derived from the cinnamon like Cassia tree and is not the real one and therefore cheaper. Cinnamon has a sweet and biting flavour.

Cinnamon has anti bacterial properties and is especially useful in fighting stomach infections caused by H.pylori, the stomach causing pathogen.

Besides this, it regulates sugar and cholesterol level and balances hormonal levels in women. Read my article on the right of this to know more about the health benefits of cinnamon.

They are the unopened flower buds of an evergreen tree native to Indonesia. It is much used in Indian cooking and they give warmth to the body.

Read my detailed health article on the health benefits of cloves in the link to the right. 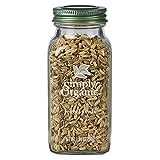 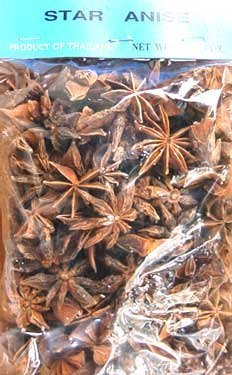 Fennel seeds are native to the Mediterranean and Southwest Asia. They are used in Indian spice mixes and Italian sausages and also used in breads, sauces, marinades and liquers. They are sweet in taste because of the presence of the chemical Anethole which is 13 times sweeter than sugar.

Fennel seeds have an antioxidant and anti inflammatory properties because of flavonoids like kaempferol, quercetin and rutin. Because of this, they provide protection against cancer, delay aging and age related degeneration disease.

The combination of dietary fiber and several vitamins and minerals help to relieve indigestion and alleviate anemia, regulate heart rate and blood pressure, and more.

Read more about these health benefits in detail in my article on the right.

Star anise is native to China and the Anethole component in it gives it the licorice like flavour. It is a dark brown, star shaped fruit that is widely used in Asian cooking. It is used in desserts and for flavouring liquers in the West.

It has strong anti viral properties and the quercetin and shikimic acid in them help to boost body immunity.

The drug Tamiflu is prepared from it. 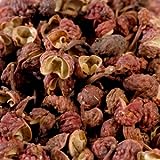 Szechuan or Sichuan peppercorns are native to Sichuan province of China. Though not a pepper in terms of being derives from a pepper plant, are spicy. These are the red peppercorn like covering or outer peels of the berries of the prickly ash tree. They have anise like flavour with a slightly tangy taste but are less pungent than black peppercorns.

They have some unique essential oils, like B-myrcene, limonene, gerianol, linalool, cineol, citronella and dipentene, that give them their aromatic flavour.

They counter free radicals, are effective diuretics and because of the heating effect they provide, they raise the metabolic rate thus eliminating toxins through sweat.

Szechuan peppercorns also provide a numbing sensation to the mouth due to the presence of the chemical Hydroxy alpha sanshool.

Some Of My Other Hubs On Health & Healthy Foods