Improve Your Memory With Herbs: The Health Benefits Of Rosemary

Herbs to improve memory: Grow your own Rosemary

Herbs such as rosemary, parsley, basil, sage, thyme and oregano are some of the most generous, diverse and useful plants you can grow. These plants come in a variety of colours, textures shapes, and sizes. The aromatic leaves and scented flowers can delight all the senses. Rosemary has been used for thousands of years for it's numerous health benefits. In the sixteenth century, Paracelsus, a Swiss German Renaissance physician, botanist, alchemist and occultist promoted the doctrine of signatures, based on the theory that "like cures like," and that nature marks each growth according to the ability to cure.

According to an article in the Science Museum, Brought to Life, exploring the history of medicine. "The English botanist William Cole believed that "the mercy of God..maketh...herbs for the use of men and hath... given them particular Signatures, whereby a man may read..the use of them."

Herbal remedies continue to grow in popularity, and "like cure like," is at the heart of modern homeopathy.

Like most herbs, the aromatic rosemary can provide the yummy factor to transform an ordinary dish, into a culinary delight. Herbs are the ideal replacement for salt in our foods as more of us are advised to use less sodium. However, there is so much more to the underrated herb. Scientific studies have shown that not only do Rosemary contain antioxidant and antimicrobial properties but when sniffed, rosemary can improve the memory.

Growing certain plants and distilling them to extract their essential oils is a process that was first practiced by the Ancient Egyptians. Once removed, the Egyptians used the oil for medicinal purposes such as religious ceremonies and beautifying the skin and face. The aromatic rosemary oil was also used in natural perfumery and for embalming the dead. Also known as the "incense bush," Rosemary was one of the most popular and widely used herbs in ancient times. The Greeks burnt it in their shrines, the Romans sniffed it and wore it on their heads to strengthen their memory.

The health benefits attributed to Rosemary are numerous. Throughout the ages, rosemary essential oil has been used to improve memory and refresh the senses. Research has now verified that the ancient Greeks, Romans and Egyptians and even Shakespeare were in fact right on the money. The aroma of rosemary improves memory when inhaled.

Herbs are some of the most useful plants you can grow, especially in an organic garden. They attract insects, butterfly, bees and birds to the garden, thereby, increasing pollination and yield. Organically grown herbs can help to create beautiful gardens that attracts a wealth of wildlife while enhancing the overall health of the garden.

At one time, herbs were primarily used by witches, warlocks and vegetarians, today we all use herbs. But to gain the full benefits of these excellent plants, we need to go just one step further. Start growing your own organic herbs. Although rosemary can be a trifle difficult to grow from seed, because seeds are hard to germinate and slow to grow, the plant can be propagated by cuttings or by layering. Once you get started, believe me, you will wonder why it took you so long to discover the joy of growing and using your own herbs.

Rosemary shrub is fragrantly aromatic and grows up to 1.5 meters. The Latin name is Rosmarinus officinalis L. which means "dew of the sea," of the family Lamiaceae.

Rosemary plants are native to the Mediterranean region, introduced into Britain by the Romans and remain a favourite in British and Italian cooking. In ancient Greece and Rome, rosemary was used to strengthen and improve memory and was known as the herb of remembrance and fidelity. A sprig of rosemary was sometimes placed in a bride's bouquet, or worn at funerals. Before taking an examination, students would twine rosemary in their hair, or massage the oil into their temples or foreheads to improve their memory and to attain the desired test results.

Scientific research by Mark Moss et al, at Northumbria University, Newcastle, have identified a compound in rosemary that can potentially be responsible for cognitive and mood performance.

A study by Mark Moss et al. found that people who sniffed a diffusion of rosemary essential oil, increased the ability to recall events from the past and remember to perform future tasks, by up to a massive 60% - 75%, compared to those who did not inhale the aroma of rosemary oil.

The study tested 66 adults who were randomly selected to enter one of two rooms. In one room, four drops of rosemary essential oil were placed on an aroma steam fan diffuser switched on five minutes before the participants entered the room. The other room was unscented. Both sets of participants took a test on their prospective memory function. The prospective memory involves the ability to remember events that will happen in the future, and not forgetting to complete tasks at a particular time for everyday functioning such as taking medication at a given time of day. In each room, participants completed tasks designed to assess their prospective memory function.

On completion of the test, participants were given questionnaires to assess moods, venous blood samples were tested for concentrations of the compound 1,8-cineole, found in rosemary essential oil and shown to act on the biochemical system relating to memory. The conclusion of the study was that the participants in the rosemary-scented room performed better on the prospective tasks than those in the unscented room.

This research reinforced the results of previous work done by Moss and his team of psychologists at Northumbria University, Newcastle, which indicated, that rosemary aroma improved long term memory and mental arithmetic.

Rosemary can stimulate the circulation to improve blood supply to the brain. The leaves of the herb are used in Europe for dyspepsia and were approved by the German Commission E, a scientific advisory board for the German equivalent of the FDA, who examined the herb for effectiveness and safety.

Rosemary has been shown to reduce capillary permeability and fragility thereby improving the function of blood vessels.

Studies show that rosemary oil contains cancer-fighting properties, antioxidant, and antimicrobial properties, and may be useful in the treatment of muscle pain and arthritis. Although the scientific evidence to support this claim has been few, recent studies are confirming the many health benefits of rosemary essential oil.

Insect repellents, soaps and cosmetics all contain extracts of rosemary. There are those who believe that rosemary can even protect against the forces of evil. Now that is potent.

Rosemary and memory improvement go back a long way, but the most famous reference to the herb is in Shakespeare's Hamlet. Ophelia: "There's rosemary, that's for remembrance: pray, love, remember."

For Healthy Hair, Make Your Own Rosemary Hair Conditioner

For best conditioning, to prevent dandruff and as a possible cure for baldness. Crush or chop a bunch of fresh rosemary leaves, add 300 ml boiling water and allow to stand for one hour before straining. Use this effusion for the final rinse after washing and towel-drying the hair.

Grow Your Own Rosemary and Make Rosemary Infused Olive Oil

Rub rosemary oil gently into the skin to help calm the nerves and improve the circulation. Add a few drops in the bathwater to relieve rheumatism.

Make Your own Rosemary oil

Fill an interestingly shaped 1/2 litre bottle with the almond oil, vinegar and juniper berries. Leave on a sunny window ledge for about a month or so, in cold weather, the bottle can be placed near a warm radiator or airing cupboard.

When you grow your own rosemary, you'll always have access to this fabulous fresh herb with its many uses. Add rosemary infused oils to Christmas hampers for selling or give as gifts to friends and families. 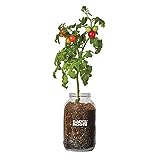 Rosemary Tea For A Good Night's Sleep and to Aid Digestion

Drink rosemary tea as an aid to digestion, taken at bedtime, rosemary tea can also make a soothing drink to calm the nerve and induce a good night's sleep.

For tea, use 1 tbsp (15 ml) of fresh crushed rosemary leaves per cup of boiling water.

Rosemary is considered to be safe when taken as directed, however, individuals have been known to have allergic reaction to rosemary. Herbs, taken in high doses like other forms of medicine can have serious side effects. Always consult your doctor

Rosemary Herb is Ideal for Meat Dishes, Keep a Sprig Handy, When Sniffed, Rosemary is also Shown to Improve Memory

Do you grow your own rosemary herb

Facts about rosemary and essential oils