Penelope lived in Tuscany among the olive groves and farms for years, learning from local people about their culture, land, and food.

The Drying Flower of the Milk Thistle Plant in Tuscany

The ground is scorched dry, yellow and blistering where I live in Maremma Tuscany. It is parched like the dry lands of the Middle East (with global warming). The driveway to our farmhouse kicks up dust which lands on struggling blackberry plants, the leaves of oak trees and olive trees and onto resisting clusters of tall spindly wild thistle (Sylibum Mariano).

On a recent horse and carriage trip through the Natural Park of the Maremma, our guide told us all about this formidable plant, the Milk Thistle (or in Italian 'il Cardo Mariano'). His stories turn around and around in my mind. Its resilience and its uses are fascinating, as is the story of the hardy Maremma people.

If you ask a very old farmer's wife how they survived their immense poverty of the last century she will tell you how resourceful they were making use of what little they had for food, for agriculture and for medicine. She will tell you reverentially what an essential part that 'Milk Thistle' or (cardo mariano as they call it here) played in that life -

Uses of Milk Thistle as Fencing

In Maremma this tall robust Milk Thistle was woven to make miles of fencing to divide lands up into fields to keep cattle from roaming - and make it harder for hungry foxes and marauding wild boar to get around, (since fence posts would have be too expensive).

The potassium nitrate content makes the plant very toxic to cattle and sheep.

Now fencing is made with the wood of sturdy oak trees growing here - "the oak trees from which wood was cut to make Italian railroads" I was told.

Benefits of Milk Thistle for Health

The root of the plant was boiled to cure liver diseases. In fact herbalist Westmacott, 1694 said of it that "It's a friend to the liver and blood". His associate Culpepper said it cured infections like the plague and was a good remedy for removing liver and spleen obstructions. Our guide in the Maremma Nature Park explained that it was an effective 'purge', that the women would boil the roots for a 'tisane' for ailments that needed cleansing from the body.

In fact when I visited my local herb shop, the local herbalist said - looking at me with intent - that it is indeed very effective.

I can only imagine it must be one powerful laxative!

How to Take Milk Thistle

You can make a tea by either-

1. Grinding a few tablespoons of the seed in your coffee grinder

1. Boiling a few tablespoons of the seeds for ten minutes

2. Letting seep for half an hour

The herbalist pulled out her books and read when to use Milk Thistle as a cure. I'm not a herbalist or a doctor but I believe the old lady of the Maremma and the contents of our local herbalists book ('my bible' she calls it) - and what I read on the internet - that the seeds, oils and leaves of Silybum Marianum are capable of helping to cure many ailments related to the liver and also to the heart -

Some exaples when to use:

- cirrhosis of the liver

(have the same affect as the spurs of rye)

- Act as a tonic for the heart stimulating the kidneys and veins.

Some examples when to use the seeds:

- toning of the heart's functions.

Milk Thistle Seeds Once Made Coffee in the Maremma

The Maremma was a very poor part of Tuscany. It's lands weren't fully reclaimed from being malarial swamps until the second decade of the nineteenth century when Mussolini finished draining all the lands - that local Dukes had begun draining two hundred years previously.

Food of all sorts was scarce to this country of peat makers, pine nut gleaners, and the occasional shepherd.

Instead of coffee, the people of the Maremma made their morning coffee from the ground dried seeds of the Mariano thistle.

No wonder they have respect for their resilient, humble Milk Thistle. 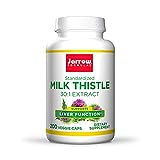