Homeopathic remedies are a system of medicine based on three laws:

A substance when administrated to a healthy person will produce particular symptoms. When this substance is administered to an individual with the same or similar set of symptoms, in a diseased state, it will cure by boosting the body's natural responses. Like cures like.For example, if the symptoms of your cold are similar to poisoning by mercury, then mercury would be your homeopathic remedy

2. The law of Infinitesimal

This is based on the principle that smaller the quantity of the medicinal substance, greater is its effect.Similar principals forms the basis of conventional allergy treatment, where the allergic substance is given in a small dose, and in vaccines where an impotent form of the virus is given to bolster the immune system against that particular virus. A drop of the crude medicinal substance (plant tincture, chemicals etc) is added to 99 drops of alcohol and given 10 strokes. This is the 1st potency or 1C. A drop of this is further added to 99 drops of alcohol and after 10 strokes you get 2C. Similarly when 1 drop of medicine is added to 10 drops of alcohol, the first potency is 1X. Higher the potency, lesser is the material dose, and stronger is its effect. Commonly prescribed strengths are 6C, 30C, 200C, 1000 (1M), 10000 (10M), and 3X, 6X, 30X

3.. The law of Individualization

In Allopathy or modern medicine two persons suffering from the same disease is usually treated using the same medicine. However, a Homeopathic physician does not label a patient by the disease condition but considers a prescription based on the totality of both the mental and physical characteristics of the patient. Thus every case is different and needs an individualistic prescription.

The various medicines used in homeopathy are from the plant, mineral, animal, or chemical kingdoms, but extremely diluted, so there is nothing of original supstance left. Only vibration of it!!!

Homeopathy is the second most widely used system of medicine in the world. Its growth in popularity in the United States has been around 25 to 50 percent a year throughout the last decade.

This success is fueled by several factors:Homeopathy is extremely effective. When the correct remedy is taken, results can be rapid, complete and permanent.

Homeopathy is completely safe. Even babies and pregnant women can use Homeopathy without the danger of side effects.

Homeopathic remedies can also be taken alongside other medication without producing unwanted side effects.

Homeopathy is natural. Homeopathic remedies are normally based on natural ingredients.

I am 7 years practitioner of radionics and have device for producing homeopathic remedies. Since I discovered amazing strength of such a remedies, I can only recommended this way of healing to anybody.

For last 6-7 years I am using homopathic and other radionic remedies, and ALWAYS cured ALL my health problems:

... and I have never need to use any allopatic drug any more since I started to practice radionics/homeopathy!!!

This remedies are stronger than antibiotics!

I also heal my clients with the radionics/homeopathic remedies, The most success was in healing following diseases:

Such a remedies can have very quick effect on acute illnesses, progress is made in just few hours!!! Children and animals are especially sensitive for such a cure, they are completely open for natural treatments, and sometimes imbetterment occurs in just a 15-20 minutes. Amazing.

For chronic diseases needs more time. And some patience and faith in personal healing powers. But first results of imbetterment can be seen very quickly, in few days.

use Radionics / Homeopathy to heal the animals as well. Cats and dogs. They are responding on healing very quickly.

I also tested remedies in my garden: healing effect on plants was very obvious.

I ALSO USE RADIONICS DEVICE FOR LONG DISTANCE HEALING, for sending specific healing energies to people, for agriculture, for energizing water with some healing vibrations. It works very well, it is meant to be used on that way.

Buy the books about radionics:

A Fun Course in Beginning Radionics: Miracles in the palms of your hands (Mastering Radionics Series) (Volume 1)
Buy Now

Homeopathic/Radionic remedies vibrate with a natural intelligence re-shaping a specific area of the body with a healthy signature.

When a homeopathic remedy is ingested it follows a similar specific path through the body. It is assimilated into the circulatory system. Next, the remedy settles mid-way between the circulatory and nervous system. An electromagnetic current is created here by the polarity of these two systems. There is an intimate connection between these two systems in relation to life force and consciousness. The pure life force works more through the blood, and consciousness works more through the brain and nervous system. These two systems contain quartz-like properties and an electromagnetic current. The blood cells, especially the red and white blood cells, contain more quartz-like properties, the nervous system contains more an electromagnetic current. The life force and consciousness use these properties to enter and stimulate the physical body.

What is also known that lower healing potencies 1X-200C are healing physical body and higher ones M, CM, DM; MM have greater impact on emotions and on subtle energetic bodies (aura) and can change consciousness very quickly. They stimulate our pineal and pituitary glands to activate our whole endocrine system for self healing and regeneration. When someone use right combination of remedies, state of well being and joy becomes natural...

Healing occurs, because everything is vibration, we are vibration. We are also light beings. In natural remedies, there is a lot of light, biophotons, some of my sensitive clients say they can feel the light while taking the remedy. I can feel the same. This big quantity of pure light in remedy activate light within us to shine stronger, and we become healthy.

In Radionics/Homeopathy we use the following remedies:

Each remedy I make is combination of few healing vibrations which are the best for healing certain health problem. For healing chronic diseases few remedies is needed.

Remedies successfully HEAL BODY, EMOTIONS, MIND and SOUL...so person becomes able to find out what is cause of his/her illness, and solve life-problems as well, and create new life-patterns if needed. Amazing. 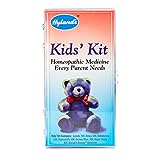 The best way of taking homeopathic remedies is to put them in glass of water, stirr it and drink. By using them on that way, the results of healing are the best, due to my explorations and experience!

70% of our bodies is consisted of water. Water full of high potensised healing energies influences water in our body, so healing becomes very successful and quick, by attaining resonance with higher, healthy vibrations , which spontaneously occurs.

Our body is very intelligent and has knowledge of self healing written down in DNA, in all cells, all organs.

Radionics/homeopathy, helps body to re-activate this self-healing intelligence and use it on proper way. In this modern world, we just need to learn how to reduce stress, get more life energy and regain trust in self-healing processes in our body...

No need to be afraid of any illness: every one of us is able to heal oneself, with little help of natural ways and remedies. Our state of mind and emotions is always able to create health, if we want to let our inner body intelligence to exprees its amazing power, knowledge and abilities.

Buy the books about radionics: 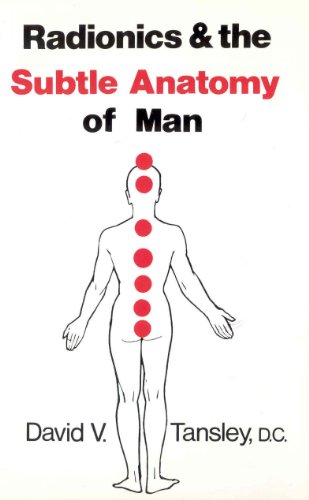 My services and pricing

I provide the following services, while on-line:

1. E-mail healing consultations are great for the people who are a lot on-line, or because of various reasons have no opportunity or wish to go directly on appointment with healer.

2. If someone is interested in long-distance healing (reiki, bio-energy, radionics), WHICH IS ALSO HIGLY EFFICIENT, you can contact me through my e-mail mihaelat999@yahoo.com.

4. Price of my ordinary homeopathics/radionics remedies is circa 20-25 US $ per remedy. DNA remedy is 40 US$.

I wish you all the best health possible,

Homeopathic Remedies: A Quick and Easy Guide to Common Disorders and Their Homeopathic Treatments
Buy Now

My other Health Hubs