Horseradish is known by several other names among them being; Mountain radish, Red cole and Horseplant.

The word horse in horseradish possibly denotes its large size and coarseness and the radish comes from the Latin radix meaning root.

It is the spicy root of the horseradish plant that is used and called as such. It is primarily used to make horseradish sauce.

Horseradish belongs to the family Brassicaceae which includes vegetables like the cabbage, mustard, broccoli and kale.

Wasabi, though called a Japanese horseradish, with a flavour similar to the horseradish is derived from a tuber of the plant Wasabi japonica which is different from the real horseradish. Wasabi is green in color, as opposed to the pure white fleshed root of horseradish and has a more intense flavour.

Horseradish has been known for about 3000 years and even the Egyptians as early as 1500 BC knew about it.

It began to be cultivated commercially in America in the mid 1850's and today about 6 million gallons of prepared horseradish is produced each year in the U.S. which is enough to liberally season enough sandwiches to wrap 12 times around the world. It is a large leaves, perennial herb, about 5 feet tall and is native to Southeast Europe and Western Asia.

The plant is primarily grown for its thick, large and white fleshed tapering root that has no aroma in its unbroken state.

Chopped or grated horseradish loses its flavour pretty quickly but the unbroken root can be stored in the fridge for almost 6 to 9 months when wrapped properly in a paper pack.

As much as is needed can be chopped off from the tip and used when needed.

When the root is chopped or grated, it produces the volatile allyl isothiocyanate by an enzymatic reaction. The fumes of this compound are irritating to the eyes, nose, skin and mucus membranes when the compound gets oxidized by air. When it mixes with the saliva it produces the characteristic heat sensation that is felt.

These isothiocyanates are released only when the root cells get ruptured by chopping or grating. Vinegar when added immediately stops the reaction and stabilizes the flavor. The longer the addition of vinegar is delayed the stronger the flavour though this also depends on how strong or mild the horseradish initially is.

The prepared horseradish in a tightly closed bottle in the fridge at all times, to keep its flavour intact for long. Even then, it keeps losing its flavor and gradually turns darker in color and has to be discarded.

Do not serve horseradish in silverware as it tarnishes it. 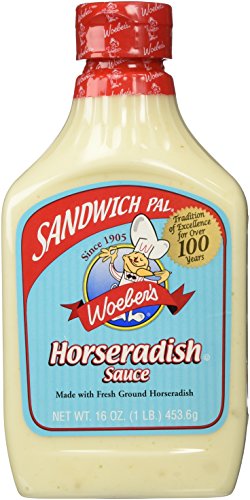 Horseradish is a very pungent and hot spice but since it loses its flavour quickly it should be added to the dish in the final stages.

It is much used to prepare spicy dips and sauces, as a dressing for salads for meat, chicken and seafood.

The outer fibrous layer should be completely removed before grating/chopping it and care should be taken while grating or grinding to avoid the fumes of the irritating compound, allyl sulphide gas, that is released by the disintegration of the glucosinolate, Sinigrin, from coming in direct line with the nose, eyes or mouth.

It is also made into a paste much like mustard paste. The fresh rootstock is used in homeopathy as a remedy Armoracia (coch.)

The information provided in this hub is not a substitute for professional medical advice. Please consult your physician, or health care provider before taking any home remedies or supplements.

See the link below which will explain in detail the method and precautions you need to take to prepare preserved horseradish at home.