How Do You Get Ringworm

How do you get ringworm is a very common question and also one that is often asked by people who pride themselves in their hygiene and cleanliness.

There are various associations made that ringworm is somehow a dirty disease and can only be contacted by people who do not properly look after themselves.

These are misconceptions and are applicable in many ways to diseases such as scabies and eczema. Nothing could be further from the truth. The reality is that anyone can get ringworm by touching a person who has it or from contact with an infected surface.

You could well be the most healthy and hygienic person in the world. However, if you come into contact with an infected person, domestic pet, or even a surface that has been touched by someone with ringworm then you will also get it.

The Medical profession describe ringworm as a "mildly" contagious disease so that should give you a strong indication of this ailment. The bottom line however is that it has absolutely nothing to do with your own standards of personal hygiene or cleanliness. The huge majority of people get ringworm because they have come into contact with a person, a surface or an animal who is already carrying this ringworm.

How Do You Get Ringworm On Your Hands, Stomach and Body

Allow me to give you one example of how a friend of mine got ringworm and demonstrate how simple it actually is to contact this fungus. He is an avid and very keen gardener and in the early spring, he was planting some new tulip bulbs in his front garden. This was a task he had done for many years and then enjoyed the fruits of his labours for many months to come.

Only when this condition deteriorated did he eventually go to his doctor and it was then diagnosed as ringworm. He was shocked and in a state of disbelief for some time and blamed his condition on many things before the doctor actually informed him it was most likely that he had come into contact with some rat or mouse urine in the garden.

He never wore gloves to do the gardening, though needless to say he does now. I also wear gloves always these days when doing work outside. I guess that is one of life's lessons.

Other Methods of Getting Ringworm

That is only one example but more commonly ringworm is spread directly from an infected person to another human who is unaware. Kissing, holding hands and even a simple handshake is all that it takes to pass this disease from one person to another.

It is very common that if one member of the family contacts ringworm then the rest of the family will be impacted. You can have ringworm for up to four days before there are really any telltale signs.

Similarly even if a ringworm free person comes into contact with an area that an infected person has touched then that can be the vehicle for the ringworm to be transmitted. Say for example an infected person touched a cup and then someone came along behind them and picked up the same cup, then it is almost certain that person will also get ringworm.

If all that were not bad enough, then it can also be transmitted by domestic pets. Again as an example if your dog came into contact with a dog who had ringworm then your dog would be affected and if you petted your dog, then you would also become infected.

Ringworm is not a disease caused by lack of hygiene and it has been around for many years. It is highly contagious and transmits quickly and easily from one infected person to another with the speed of lightening. Children with pets and team sport players are two groups who are particularly at risk from ringworm. 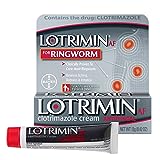 Now of course not every rash is ringworm and hopefully you understand that ringworm has a very distinctive look to it. The rash is the picture above for example is psoriasis and it looks very different to the typical round and distinct look of the ringworm virus.

If in doubt of course, always check with your doctor or medical adviser. Thankfully ringworm is not a major problem these days and the "ring" look to this should easily help you identify this.

Skin Rashes That Are Not Ringworm

How Do You Get Ringworm On Your Scalp

This is not quite the same as getting ringworm on your face or body. The disease is exactly the same but it is a lot more difficult to treat. You can pick up this in areas where lots of the public meet so places like schools, swimming pools, gymnasiums are all places where it is easier to get ringworm than other places.

There are some very basic things you can do to reduce this such as never sharing a towel with anyone, avoiding as much physical human contact as possible, avoiding surfaces such as resting your head on bench presses etc. However you can appreciate that this is easier said than done.

It is highly contagious and treatment is typically to use a shampoo and a prescribed oral medicine of cream or ointment from your doctor.

Video Explanation of Ringworm of The Scalp

Comments on How do You Get Ringworm