How I Lost Weight and Gained Health with Crossfit Workouts: Part 1, Starting from the Bottom

Aurelio has stuck with his three-times-a-week Crossfit regimen since 2010 and enjoys it for the workout variety and camaraderie.

My body was showing the effects of the approaching half-century mark: 190 lbs. at 5’10” or about 30 lbs. over where I needed to be. The ever-tightening 37-inch waist on my pants threatened to explode . And I suffered the strength and endurance of an earthworm on Valium. My standard lament was this was the inevitable decline into decrepitude and age. But one word told me that it was all reversible: CrossFit.

TV news stories, magazine features and Internet websites must have planted the name in my head. To quote the originator, Greg Glassman, CrossFit emphasizes “fitness that is, by design, broad, general and inclusive.” It does not specialize in any body part or method, since “combat, survival, many sports, and life reward this kind of fitness and, on average, punish the specialist.”

A Google search yielded Crossfit Brea as the closest gym to my house. Its well-designed website boasted of a strength and conditioning program used by many police academies, fire fighters, elite athletes and military units. Pictures and videos, like the one on the right, showed shirtless muscular men and scantily clad fit women who were half my age lifting 200-pound barbells and breezing through pushups. Many collapsed in exhaustion at the end of their workouts, with some proudly showing off torn palms and bruised thighs as badges of effort.

This couch potato found the prospect frightening. But even more so was the prospect of turning into a bowl of jello. So my partner, who was my age but well-exercised from 20 years of martial arts, and I resolved to join up.

We visited the gym where the physically imposing but soft-spoken owner, Erik, showed us the mostly empty space and some of the equipment: some Olympic barbells, chin-up racks, wooden boxes, kettlebells, rowing machines and exercise bicycles. There were no treadmills, weight machines or mirrors. It all seemed so benign, even with the very fit men and women doing calisthenics. He encouraged us to come back the next week at the start of the beginner’s cycle so we could learn the ropes.

We showed up to our first night and joined at least two dozen individuals who formed a mix of newbies and veterans. The warm up was to run three times around a standard-sized industrial building measuring perhaps half a block long. I started at the back of the group and stayed there as they ran ahead of me. My partner easily kept up with them while I fell behind.

I finished the three rounds of warmup long after everyone returned to the gym. Sweat soaked my shirt and my lungs were wheezing like they belonged to a 90-year-old lung caner patient on a respirator. My sides ached and I could barely stagger to my car to rest. I had to quit. My partner had earlier disappeared into the gym to join the other exercise junkies.

The owner’s wife and also a trainer, Darla, came out with another trainer several times during the next hour to check up on me. They encouraged me to come back into the gym just to see how the workout was going. They said it was common to feel this way after so many years of inactivity. But everyone had to start somewhere. They could easily scale down the workouts for any fitness level. I told them that my body could barely move so I needed to stay outside to recover. Frankly, I felt embarrassed to even show my face, having been unable to complete even the warm-up run.

At the end of the workout, my partner finally showed up, exhausted but happy and concerned that I never came back. We bid a final goodbye from Darla and headed home. My partner was eager to return to the workout class in two days. I, on the other hand, vowed never to go back. Crossfit was obviously too hardcore for someone at my minimal fitness level.

Find out what happens next and what exactly Crossfit is in Part 2 and Part 3 of this series.

What is Crossfit - Trainers

Do you exercise at least five hours a week? 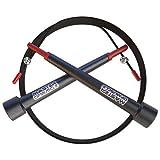