What is a Urinary Tract Infection?

Throughout my life I have struggled with many urinary tract infections, however, in the past few years through trial and error, I have learned many tips and tricks that have stopped UTI's from occurring. I have also learned what to do when I get a UTI and how to get rid of it fast.

How to Heal a UTI Fast

The most common way of treating a UTI is by getting a prescription of antibiotics from your physician. Antibiotics are great in treating infections, however, more and more people are becoming resistant to antibiotics because of overuse. If you have reoccurring Urinary Tract Infections, you should consider a regime that will prevent them from occurring in order to avoid the constant use of antibiotics.

What can I take to get rid of my UTI now?

Cranberry juice is so effective in treating UTI's because the metabolites in Cranberries prevent the bacteria e.coli from sticking to other bacteria. So basically, cranberries lubricate the cells in our urinary tract and prevent the bad bacteria from sticking together and creating bigger infections. If bacteria cannot stick to our cells, it cannot grow and spread. Cranberries also lubricate the Urethra so that when we urinate, the bacteria can be passed with ease.

I absolutely swear by this stuff! I get Urinary Tract Infections often and Apple Cider Vinegarrelieves the pain and gets rid or UTI's much faster. Apple Cider Vinegar has been popping up quite often over the internet recently due to its reputation as a cure all. To help relieve pain associated with a UTI, simply pour yourself an 8oz glass of water and 2 tbsp of Organic Braggs Apple Cider Vinegar, mix, hold your nose and drink. It will taste gross but trust me it will work. Try this up to 3-4 times a day.

Apple Cider Vinegar has been used in ancient societies from everything to beauty regime's, curing ailments and to season food. Apple Cider Vinegar is beneficial for someone suffering from a UTI because it maintains high acidity in the bladder and makes it very hard for an infection to survive. There is a debate on whether ACV is beneficial in curing a UTI or just preventing them from happening. Some argue that since the bladder and urethra may already be inflamed ACV may irritate the bladder further however I find that after consuming ACV, I feel much better and since I have been doing this, my infections last at most 4 days in comparison with 6-7 days in previous years. Apple Cider is also said to balance the pH levels in the body which can be very beneficial when someone has an infection.

D-Mannose is a supplement that you most likely have not heard of. You will most likely have to buy it online or at your local health food store but it is very effective. D-Mannose is a simple sugar that is found in very small traces in some of our food. D-Mannose is unique in its way in which it reacts to the strain of the bacteria e.coli which is found to be the cause of 95% of Urinary Tract Infections. e.coli is a small rod like bacteria that has centipede like legs that it uses to stick to our cells when we are sick. e.coli can start in the opening of the urethra and will use its fingerlike projections to crawl up through the urethra, sometimes up to the kidneys. D-Mannose interacts by coating the strain of e.coli completely, thus hindering its ability to move. When consumed in pill form, D-Mannose basically takes the ability of e.coli to use its legs to climb further into your bladder. So D-Mannose combined with lots of water will flush the e.coli out of your bladder with ease.

How often do you get UTI's?

This is more of a pain reliever more than a cure for a UTI. I have used AZO for UTI pain, and it has worked somewhat, however I find Cystex tablets to be so much better at getting rid of pain fast. AZO tablets are used with a dye that will turn your urine bright red and stain your clothes and toilet bowl if you are not careful and they just are nowhere near as effective in pain relief in my opinion. Cystex does not contain any dye, so you don't have to worry about staining your clothes. Cystex also contains an antimicrobial agent that may help get rid of your infection faster.

Probiotics can be tricky when it comes to a Urnary Tract Infection. Many people say that if you are taking antibiotics you should eat more yogurt to promote the good bacteria in your body so that you don't get a bacterial infection somewhere else. When it comes to UTI's the strain of probiotic Lactobacillus reuteri adheres better to the cells in the bladder and vagina. Most other probiotics are absorbed by the stomach and intestines before it reaches the bladder so they won't really be much good in ridding you of your UTI.

Note: The only probiotics that will help kick e.coli's butt is the ones containing lactobacillus reuteri!!!!

If you are looking to prevent a Urinary Tract Infection, consider taking all of the above (excluding cystex) on a daily basis as a preventative measure. Since everyone is different, I cannot suggest how much you should take of each supplement. I always do a little research first and read the suggested dosage on the bottle and go from there.

If you have a urinary tract infection right now and you are in pain, go to your nearest pharmacy, buy cystex pills and some cranberry juice and you will most likely start to feel the pain go away in an hour. I do not know if I could go through another UTI without Cystex, it has truly been a blessing.

Tips to preventing and further healing a UTI 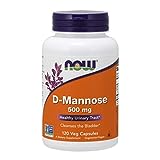 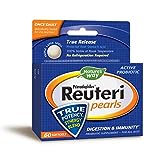 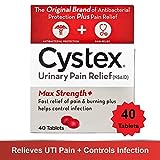