How to Identify and Treat a Child's Ear Infection

What Is An Ear Infection?

There are two types of ear infections that a child could get:

1. Outer ear infection or otitis externa. A more common term for this infection is Swimmers Ear since it normally happens when infected pool water gets in your child's ear and causes an infection. The outer ear (the part you can touch with a Q Tip, becomes infected with bacteria.

2. Inner ear infections or otitis media. This is the most common ear infection. This infection is caused when bacteria and fluid get trapped in your child's ear canal. It usually happens after a viral infection like a cold or sore throat. The eustachian tube that connects your ear canal to your sinuses gets swollen and does not allow the fluid to leave the ear canal.

Both types of ear infections are caused by bacteria.

How Do You Treat Ear Infections?

How do you know if your child or baby has an ear infection? Since smaller children and babies cannot tell you what is going on, here are some things to watch out for:

When my son was very little, he would look spacey, not sleep through the night, cry more at night, not listen and he would bite. All of this actions were unusual for him. Every time he was acting funny, I would bring him to the Doctor and they would diagnose him with an ear infection.

Since ear infections are caused by bacteria, an antibiotic will clear it up.

Go to the doctor as soon as possible and get an antibiotic.

Your child will start to feel better within a few days.

Make sure your child takes the medicine as prescribed and finishes the bottle of antibiotics.

To ease the pain during an ear infection, you can:

If you would like to try a few home-remedies, here are a few tips: 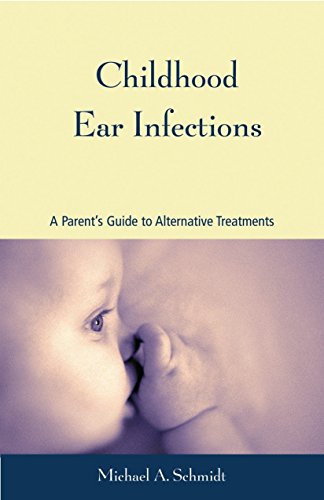 I know it is easier said than done since I have small children and I have had either a cold or a sinus or ear infection for the past year!

To stop the spread of viruses:

The O, My in Tonsillectomy & Adenoidectomy: How to Prepare Your Child for Surgery, a Parent's Manual (Growing with Love)
Buy Now

If your child has repeated ear infections and antibiotics no longer do the trick, your child may need to have their adenoids removed or tubes placed in their ears.

For my son, they recommended that he have his adenoids removed.

Adenoids are lymph nodes in the nasal cavity just outside the eustachian tube.

When adenoids enlarge and are infected, they could block the eustachian tube making it difficult for fluid to drain from the ear, which in turn causes more ear infections.

The Ear, Nose and Throat Doctor recommended that he have his adenoids removed since he had more than 4 ear infections each year and his ear infections were no longer reacting to the antibiotics.

To read more about adenoid surgery, you can see my son's story here.

Some children also need tubes placed in their ears.

The Doctor will make a small incision in the ear to drain the fluid.

They then place a tiny tube in the ear to let air in to balance the inner ear fluid and air levels.

The tubes usually fall out within a year and the hole closes up.

Sometimes children will have to get the tubes put in again if they are still having problems after the tubes fall out.