How to Prevent MRSA Staph Infections (Superbug) in Children

Bacteria: Staph, Strep, Clostridium, and Other Bacteria (Class of Their Own (Paperback))
Buy Now 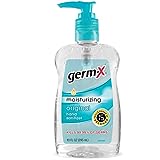 Earlier this week doctors and researchers announced new type of Staph bacteria that is resistant to all 18 antibiotics approved by the government. Staphylococcus aureus, or MRSA (methicillin-resistant staph aureus), was thought previously to only be spread in hospital settings, but is now being transmitted throughout entire communities. Doctors report these hard to kill bugs are growing at frighteningly high rates, although they are not specifically tracked.

Invasive Staph bacteria enter the bloodstream, causing organ damage, pneumonia and septic shock. The lastest Superbug has also been found in connection with children's ear infections. The bug causing the ear infections is Streptococcus pneunomiae, for which there is no vaccine. This bug also causes pneumonia in elderly.

Staph or MRSA infections not contracted in a hospital setting usually cause skin infections, which appear to be pimples and boils in otherwise healthy kids.

Doctors in New York, Alaska, and Massachusetts have identified the same super resistant drug as being the cause of ear infections, which do not respond to even the most potent antibiotics. Doctors have even tried to treat kids with antibiotics that are not approved for use in children.

Staph is a common bug that can live in people's noses, on shower benches or bed rails. Once a child contracts it, the germ spreads quickly to other family members. Experts believe that over time, liberal use of antibiotics in people and animals has caused the bug to become resistant to antibiotics.

An estimated 90,000 people in American are infected annually with some type of staph infection, and study published October 17, 2007 in the Journal of the American Medical Association estimated MRSA kills approximately 18,000 Americans a year, which is more than die of AIDS. However, cases of MRSA are not reported to public-health authorities.

The Centers for Disease Control and Prevention recommends these precautions to take against superbugs:

To read the JAMA study, go to http://www.jama.ama-assn.org/

- Are we clean enough?